16th October 2004. We didn’t know it back then, but as a long-haired Argentinian kid made his way onto the pitch for his La Liga debut, football would never be the same again. Lionel Messi was just 17 years and three months old when he replaced Deco in Barcelona’s match at Espanyol, and although he only got seven minutes on the pitch, he never looked back.

That day, La Liga was introduced to a man who would go down as one of the finest - if not the greatest footballer of all time. It wouldn’t take long before his name was on the lips of every football fan around Europe.

Still as diminutive as ever, and not fully formed, a skinny short winger with no physical traits did not appear threatening in the slightest - he never used his right foot either. How would this player go on to change the landscape of world football? The answer came when he began to run with the ball.

Frank Rijkaard was the man who allowed the teenage superstar to initially break into the first team and it was Ronaldinho, the best in the world at the time, who took Messi under his wing. Even when he joined from PSG the Brazilian superstar had been told of a forward making waves at La Masia.

Soon he got to lay eyes on him.  “I always tried to be a good influence on him and actually try to do for him what Ronaldo did for me,” he reflected in 2018. “Messi was always very shy, but always a fantastic player. We lived on the same street, so I had a great relationship with him and his family. I knew straight away he was a better player than me."

He told the rest of the Barcelona squad the same thing when the 17-year-old broke into the first team. ‘Messi will be better than me’. Even though, there was a questionable eyebrow raised given Ronaldinho would win the ballon d’Or in 2005. Fast forward 17 years since his debut and Messi has won six of his own. 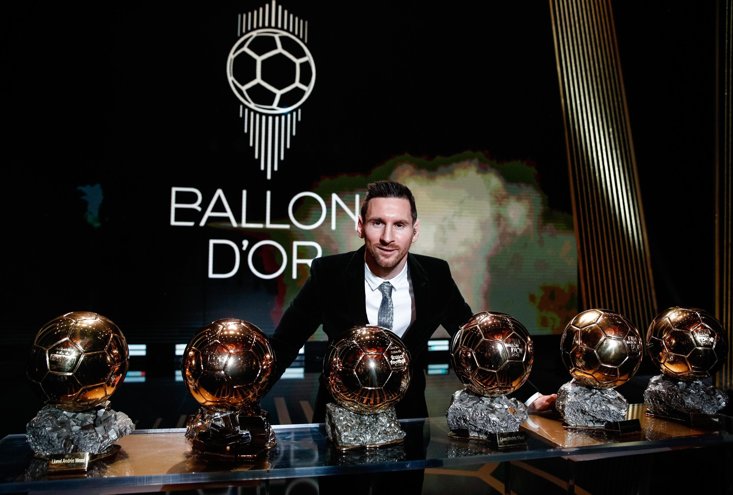 The relationship between Ronaldinho and Messi remains strong and it was symbolic that Messi’s first goal for Barcelona would come from a clever Ronaldinho assist. The World Cup winner lifted the ball over the Albacete defence and Messi lobbed the goalkeeper with now trademark aplomb.

Getting to watch Messi play football has honestly been the privilege of a lifetime. It’s so easy to lean back on the statistics as to why he is the greatest, six ballon d’Ors, 684 goals in 815 games and the highest ever South American goalscorer, but he brings such unequivocal joy to the sport.

It’s such a shame that for him and Barcelona, the love story that began with that first appearance, all came to an end this summer. Back in 2005 he signed his first professional contract with a release clause of €150M, which seemed crazy at the time, but Inter Milan were ready to match it. Only Messi’s desire to stay at the Camp Nou kept him there, but that didn’t prove to be enough this time around.

Perhaps one day he will return but all we can do now is reminisce on the Barcelona career of one of the best. Certainly Blaugrana’s greatest ever player, handed the torch by Ronaldinho. 17 years on and we are still marvelling at the magnificent Lionel Messi.