No three players epitomise the spirit, meaning, and values of Manchester United in the same way as Denis Law, George Best and Bobby Charlton, who all played together for the club for the very first time on January 18th 1964.

On the pitch the ‘Holy Trinity’ of Law, Best and Charlton often brushed aside all that came before them, while off the field the mere mention of their names still conjures up images of Manchester United’s glorious past under Sir Matt Busby in which all three played a pivotal part.

The trio found themselves in the starting XI for the very first time for United’s First Division game at West Bromwich Albion, with all three scoring in a 4-1 win. They would go on to become one of the most successful and well-known combinations, not just in the history of the club, but the game as a whole.

Coming together at a time when the club was still reeling from the Munich air disaster of 1958 which all but wiped out the side, the triumvirate would oversee a transformation from tragedy and turmoil to unprecedented success for United.

Bobby Charlton, a Munich survivor himself, had been at Manchester United since 1953 and had lifted the league title in 1956/57 less than a year prior to the young side’s untimely demise on that horrific night in 1958.

Not surprisingly, the crash had a huge impact on the club’s on-field performances and United only just avoided relegation in 1963. They eventually finished 19th in the First Division, with 34 points from 42 games, with that close shave coming despite the arrival of Denis Law from Torino for £115,000. The Scot’s impact was invaluable in not only keeping the team in the top flight, but also winning the FA Cup that year.

But the arrival of George Best, who made his United debut aged 17 on September 14th 1963, to link up Law and Charlton would totally transform the team. Best’s dribbling ability, pace and unbridled confidence perfectly complemented Charlton’s vision and pinpoint passing accuracy, while he also got the best out of the aerial presence offered by Law. 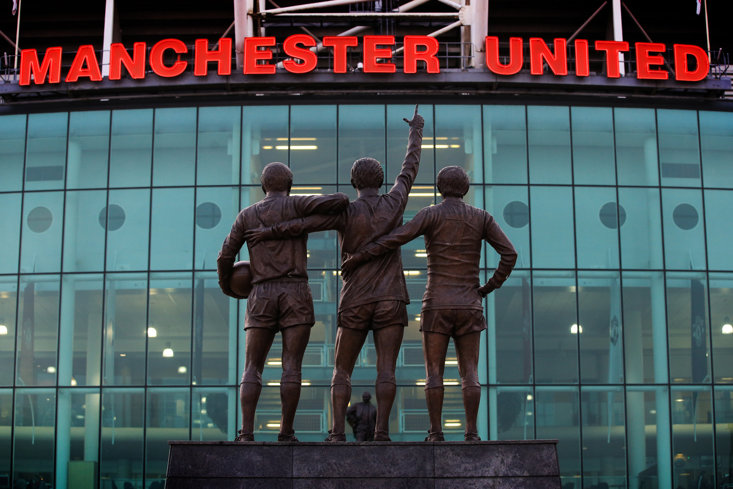 United won their first league championship since the tragedy in Munich when they pipped Leeds at the end of the 1964/65 season as Best, Law and Charlton combined to find the net no less than 48 times between them to help the Red Devils to take the title on goal difference.

They were horrible for opponents to deal with, as memorably summed up by a famous Bill Shankly quote about a team briefing before one Liverpool v United clash.

“I took the models of Bobby Charlton, Denis Law and George Best off the model pitch and put them in my left-hand pocket,” Shankly explained. “Then I told our players: ‘Don’t worry about them, they can’t play at all.’ It was psychology, of course. Charlton, Best and Law were three of the best players in the world.”

Manchester United’s title success of 1967, their second in three seasons, meant they would once again be competing in the European Cup, a trophy close to the hearts of everyone at the club and of particular importance to manager Matt Busby.

The first English side to compete in the tournament back in 1956, it had been while pursuing glory in the new competition that tragedy struck following a trip to Belgrade in the quarter-finals in 1958, with eight of the United team killed when their plane crashed following a fuel stop in Munich.

So it was an emotional night when the club fulfilled Busby’s - and the club’s - long-held ambition of lifting the European Cup in 1968 thanks to a Charlton brace and a typical goal from Best as United earned a 4-1 victory over the mighty Benfica at Wembley.

But as the curtain came down on the swinging sixties a combination of Law’s persistent injuries, Best’s well-publicised battles with booze, and Charlton’s ageing body, not to mention the retirement of the great Matt Busby, meant the ‘Holy Trinity’ was finally dismantled in 1972.

Having taken to the field together for the first time at The Hawthorns in January 1964, three of the most recognisable names in football had contrived to win two league titles and a European Cup between them, not to mention being recognised individually. All three were Ballon d’Or winners during their time in Manchester.

For his efforts during the 1963/64 season, including an impressive 29 goals in all competitions, Denis Law was named European Footballer of the Year. Bobby Charlton was awarded the honour following England’s 1966 World Cup win, and “El Beatle” himself, George Best, received the golden ball trophy having helped United win the European Cup for the first time ever in 1968.

Each of them left a legacy that is still remembered to this day as the three are immortalised in the form of a bronze statue outside Old Trafford. Their successes as individuals and as a trio arguably remain unparalleled in football history.