The greatest defensive game of all time? Quite possibly. On this day in 1998 Chicago Bulls put on an absolutely astonishing display as they dismantled Utah Jazz 96-54, to set two NBA Finals records that still stand to this day. Over the course of 48 brutal minutes of gameplay, the Bulls set the record for the largest margin of victory and perhaps more impressively, the fewest points ever allowed in a Finals contest.

Michael Jordan’s incredible spell in Chicago featured some astonishing individual displays, including that unforgettable ‘flu game’, yet in Game 3 in 1998, the Bulls produced perhaps their best ever team performance. No side has dominated their illustrious opponents in quite the same manner.

To put this in some sort of perspective, both sides had finished the season with identical records of 62 wins and 20 losses, while the Jazz had beaten the Bulls twice, 101-94 and 101-93, in the regular season. With Karl Malone, who won the NBA MVP the previous season and finished second to Jordan in 1997-98, John Stockton and Greg Ostertag, Jazz certainly had a wealth of attacking talent at their disposal, yet in Game 3, with the series tied a 1-1, they were completely nullified by the finest defensive display we have ever seen.

The NBA Championship was truly in the balance heading into this one, yet the great Scottie Pippen and his entire side took the series away from Utah. Every pass that was attempted, they were there. Pippin himself was like a human shield with arms as wide as the Grand Canyon, making life extremely difficult for the Jazz, even as they tried to complete even the simplest of forward passes. 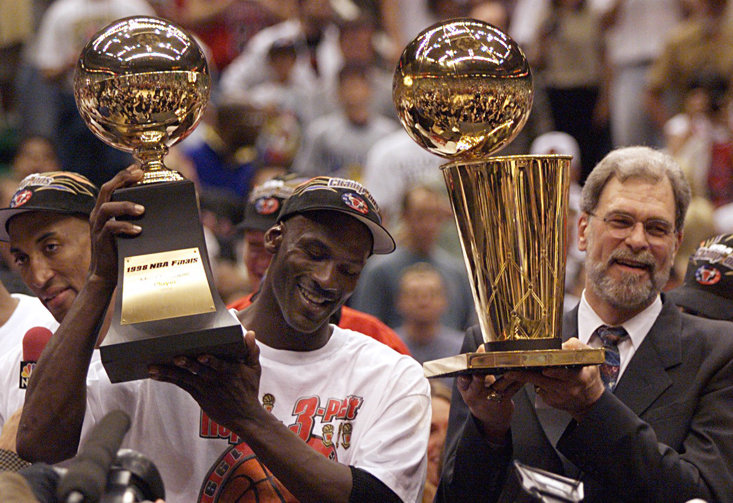 "It's probably the single best piece of evidence of how good we were defensively," Chicago’s starting center Luc Longley told Sporting News. "People talk about that 'Flu Game' and they talk about Michael's offense, but I believe we were built defensively as much as anything. We were equally as proud, or possibly even more proud, of our defense."

"Anybody can blow somebody out," he continued. "Not everybody can keep their pedal to the metal right down to the stretch. To me, that's the interesting part. We were driven to beat them by that much, by the will of our leaders."

It wasn’t all one-way traffic, despite the dominant scoreline. Chicago led by just three after the first quarter, and Malone was a one man show, having scored 12 of Utah's first 14 points. Phil Jackson switched things up and put Dennis Rodman onto Malone, and although he still performed well, the rest of the team were able to stifle the Jazz attack.

Utah had 26 turnovers despite three first-half fouls from Pippen but even more impressively, the Jazz had nine offensive rebounds while the Bulls had 39 defensive rebounds. Statistically speaking, it was the perfect defensive display.

96-54. That second three-peat was one of the great sporting achievements, and this game was perhaps the finest defensive performance that the great Chicago Bulls ever concocted. Jordan ended the show in Game 6 with that incredible shot over Bryon Russel back in ‘98, but Game 3 saw the Bulls at their dominant best. The Last Dance came 12 months later but this NBA record has stood the test of time.