Rugby League
News
What happens when your brother is also your national team's head coach?
Lewis Smith
18:00, 05 May 2021

An international jersey is the pinnacle of any sport. Often it takes years of sacrifice and dedication, and even then there are so many other factors in play. The other players around you, hitting form at the right time, and of course impressing your coach.

Now imagine that the head coach of your country’s national team is your older brother. That is the position that Hunslet halfback and Jamaican international Jy-Mel Coleman finds himself in.

Jy-Mel’s older brother Jermaine is the Head Coach of Jamaica, and Betfred League One side London Skolars, and whilst you might think that having your brother picking the team could give you an advantage, he insists this is not the case.

“It’s tough! People probably think I have it fairly easy with him but he is and always has been one of my harshest critics and he’s quite honest with me. But also in a way, because we know how each other want to play, I have an idea of things quite easy when he mentions it.”

2021 is going to be a monumental year for Jamaican Rugby League. In 2018 the Reggae Warriors secured qualification for their first ever World Cup, in which they will come up against the likes of Ireland and New Zealand, something which is source of great pride for Jermaine.

Before they turn their attentions to representing their country together however, the brothers will of course come head-to-head in Betfred League One, but Jermaine insists this is not something that will phase either of them.

“I know watching rugby over the years, brothers have said it’s been really competitive coming up against each other, but I don’t think we’ve ever been that way, we’ve played each other once when Jy-Mel was at Hemel, and to be honest I found it quite difficult to get serious. I don’t think we ever get that rivalry where we want to get one over each other.” 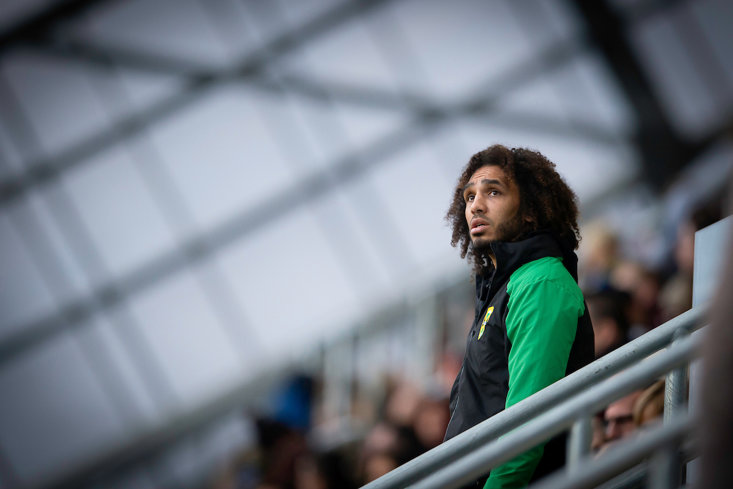 Jy-Mel is a new arrival at Hunslet, having spent time with his brother at London Skolars, and at Newcastle Thunder alongside a number of other League One clubs, and he is expecting this season to be as tough as any.

“You don’t really know what to expect, it really will come down to who can keep themselves freshest and with the least injuries, I do think it will be really competitive and really even across the field.”

It’s been a difficult period for all clubs in Betfred League One of course. The pandemic put paid to the 2020 season before it began and many of the sides have had very limited pre-season’s together, but whilst 18 months without competitive will provide a raft of its own challenges, Jermaine is not expected to see many differences once it finally kicks off again at the weekend.

Jermaine’s Skolars get their campaign underway against North Wales Crusaders at the weekend, whist Hunslet kick off against Workington, and Jy-Mel is raring get going at last;

“It’s going to be nice just to get back to some sort of normality, and be around the lads and that same environment, granted the crowds aren’t there, you’re going to feel like you’re back to normal and the light at the end of the tunnel has finally hit you, so I’m sure everyone will be excited, and I just can’t wait to get out there and be part of a team.”

After such a torrid 2020, the return of the Betfred League One and a Rugby League World Cup on the horizon, both come as a relief to everyone with a connection to the game. Jermaine is relieved to be finally getting start at the beginning of what should be an incredible year.

“It’s been nice having friendlies, it’s almost like getting back on a bike, you start of a bit shaky and bit unsure and you’re not quite in your routine but come this weekend I’ll have everyone fit and raring to go, and any niggles will be disappeared, and everyone will be putting their hand up for a shirt. It will be nice to get back in that routine, just that buzz that you get from being in that environment.”

Betfred League One returns this weekend, with all games available to watch, pay-per-view on the OurLeague App