Football
News
Jurgen Klopp has transformed Liverpool into one of European football's most potent forces in six years at Anfield
Conor Keane
07:55, 02 Mar 2022

Jurgen Klopp finally got his hands on an English domestic trophy after Liverpool’s penalty shoot-out triumph against Chelsea in the Carabao Cup final. However, the celebrations have ceased because he and his players must turn their attention to the oldest cup competition in the world, the FA Cup, as a historic quadruple season is on the cards, with the big three still to be won.

English football’s most historic title is the next for the Reds and it is a familiar face they meet at Anfield in the fifth round. Premier League strugglers Norwich City are what stands in the way of a place in the quarter-finals. The magic of the cup always suggests that victory is not always guaranteed for the big dogs but having recently beaten the flightless Canaries in comfortable fashion just a fortnight ago, Klopp’s players will be feeling confident ahead of this cup tie.

Ahead of Sunday’s League Cup final, the word ‘quadruple’ was uttered by thousands of people, and now they stand here with one title ticked off and the word is beginning to spread like wildfire. In recent weeks, Liverpool have significantly reduced the deficit in the Premier League to just three points behind reigning champions Manchester City. That gap has recently been stretched to six points but the Reds have a game in hand, and with five wins on the bounce in the top-flight it wouldn’t appear to be too much of a problem. Then of course there is the glamorous Champions League, in which Liverpool already have one foot in the quarter-finals following a 2-0 away victory against Inter Milan at San Siro and in large parts of that game, they were second best. Substitutions won Klopp that match which just emphasises their quality in depth and how they have the capability to win even when not in their usual, dominant rhythm. 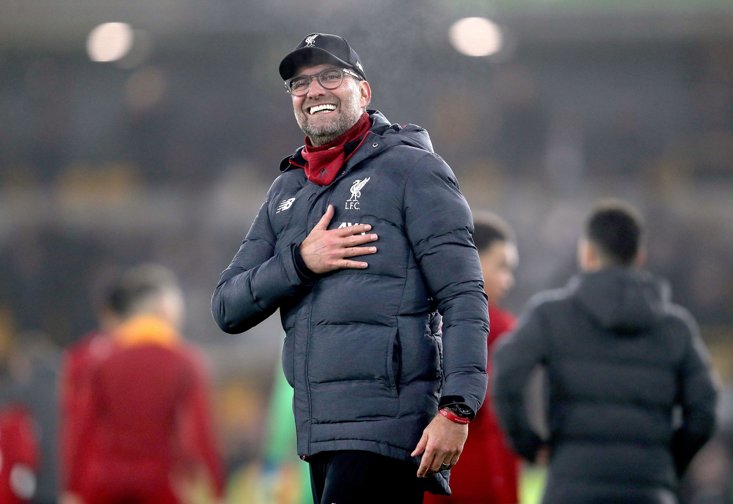 It has been said countless times just how incredible Klopp’s revolution has been at Anfield in the six years he has been at the helm. When you look at the squad he inherited compared to the players he has at his disposal now - the progress is just staggering, regardless of Liverpool’s financial pulling power. They have been one of Europe’s most potent forces for the last four years and the squad continues to be reinforced with quality additions.

Their latest recruit, Luis Diaz is a living testament of this as he has hit the ground running on Merseyside and is living up to the billing that was set before he moved to England from Porto. He has dazzled supporters who are now feeling confident of the club’s position when the 29-year-old duo of Mohamed Salah and Sadio Mane eventually move on. But as we have seen, their final chapter does not appear to be happening anytime soon, even with Salah’s contract situation yet to be resolved and so the three magicians, supported by Diogo Jota and Roberto Firmino, will have a big role to play in this quadruple quest.

Liverpool’s bitter rivals Manchester United are still holding onto the fact that they remain the only side to have won the historic treble of the Premier League, FA Cup and Champions League in 1998-99. They may not yet be concerned at how this season may pan out for their enemies on Merseyside, but the thought of the quadruple will be floating around in their subconscious as they fear English football’s greatest accomplishment being eclipsed.

It is still hard to see Sir Alex Ferguson’s historic treble being matched. Even if Liverpool were to storm to a treble with the League Cup rather than the FA Cup, the Red Devils’ one would still remain a level above. However, should Klopp lead his team to the other three remaining titles to not only match United but win the fabled quadruple, the Liverpool players and their energetic German coach will write themselves into footballing legend and possibly immortality. The dream is alive, but it can shatter in the blink of an eye, that’s the reality of football. As they say, it’s the hope that kills you.