The writing was on the wall. Sports events across the world were being suspended and postponed. Prime Minister Boris Johnson had already warned that many more families would lose loved ones. The government had shifted its focus from containing Covid-19 to attempting to delay its peak. Yet British football would play on.

That was on 12 March 2020. But by 13 March, one year ago today, a historic decision was finally made to suspend all elite football. It took Arsenal manager Mikel Arteta testing positive for Covid and the Gunners being forced into lockdown for the authorities to make the inevitable move, and football has been a very different place for the 365 days which have followed.

The Premier League calendar was initially held back until 4 April, while the EFL and Scottish football would return on 3 April at the earliest. In truth, everybody knew it would take far longer to get players back out on pitches.

Even since the Premier League came back on 17 June, with other competitions following suit soon after, this has not been football in the truest sense. Other than in an occasional few test events and for a short period at the end of 2020 during which upto 2,000 fans were permitted, no supporters have returned to stadiums. Wall-to-wall TV coverage with fake crowd noise has become our new norm.

It has been a year without meeting friends for a pre-match pint, no scarf slung around the neck before the walk down to the stadium, no hot dog vans, no bustle and laughter, no click of the turnstiles. No holler of “programmes, three quid”, no cheeky bet on the first goalscorer, not one throat-clearing rendition of your team’s trademark chant.

Not for a whole year. 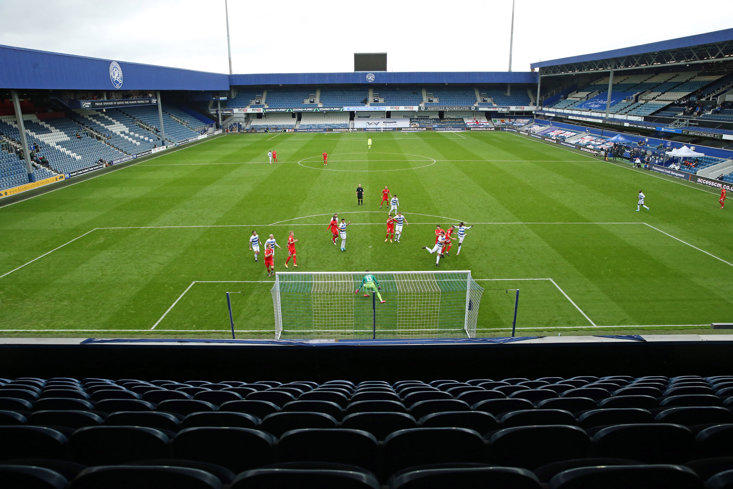 Sure, we’ve got used to having our favourite team’s matches available at the touch of a button twice a week, but it’s just not been the same. What influence do you have on your team’s result if your yells are heard by nobody but your neighbours? When you’re at a game, you’re participating in an event, playing your part in the mutual cause. At home, you’re a consumer rather than a supporter.

Of course, the government roadmap suggests that some games could host spectators as soon as May, meaning that something close to normal might be on the cards during 2021-22. After a couple of false dawns the optimism ought to be of the cautious kind, but it is good to see light at the end of the tunnel.

Someday soon, whether the current timeline is realistic or not, we will all be back in stadiums. Vaccines will be administered to all, bubble restrictions will be lifted, and when that last-minute winner hits the back of the net we will end up hugging a stranger from two rows down, five seats across. And then we will remember just what it felt like to go a whole year without entering a football stadium, and that incredible moment will feel all the more joyous. Oh, for that day.

It has been a very long year.