If things had been different, we’d be eight days away from the pinnacle of rugby league getting underway. Instead, the Rugby League World Cup will begin on 15 October 2022, one year from today, but that just gives us even longer to have our appetites whetted over what ought to be an incredible tournament.

After the initial withdrawals of Australia and New Zealand due to Covid-19 caused a year-long delay to the 2021 event, the decision to go ahead with a rearranged World Cup in 2022 means that the sport doesn’t miss out on a blockbuster.

Shaun Wane, who was recently appointed to a leadership role at Wigan Warriors to run alongside his England head coach position, gets to lead his national team out in a Test match for the first time against France next Saturday. That will be the beginning of his World Cup preparation in earnest, with the Covid pandemic having so far played havoc with the sport since his appointment in February 2020.

“We’ve got another 12 months, so I’m going to use that 12 months to make sure my players are even better prepared for next year’s World Cup,” Wane said recently. “That’s the only stoic way we can look at it.

“We are in good shape. The Super League clubs are doing a great job with these players to produce them. We just need to produce more and better players.

“We can’t sit back and pat ourselves on the back. Super League clubs, coaches, scouts, they’ve all done a great job in producing that young talent list, it’s immensely talented.

“But it can’t end. We have to double that. We have to work hard and we have to get better staff, better quality, everything has to improve. That’s the mentality we must have.”

Wane has lost James Roby to international retirement, with the veteran St Helens hooker admitting that the 12-month postponement of the World Cup was “a year too far” for him after he’d initially targeted the 2021 date as his last run in the national jersey.

But Wane will be boosted by the number of players who have stepped up to the mark since the Betfred Super League returned to some kind of normality upon the return of crowds this summer. With the likes of Hull Kingston Rovers half-back pairing Jordan Abdull and Mikey Lewis, and St Helens’ 2020 Grand Final star Jack Welsby having all continued to shine in 2021, the England coach has plenty of options available to him. 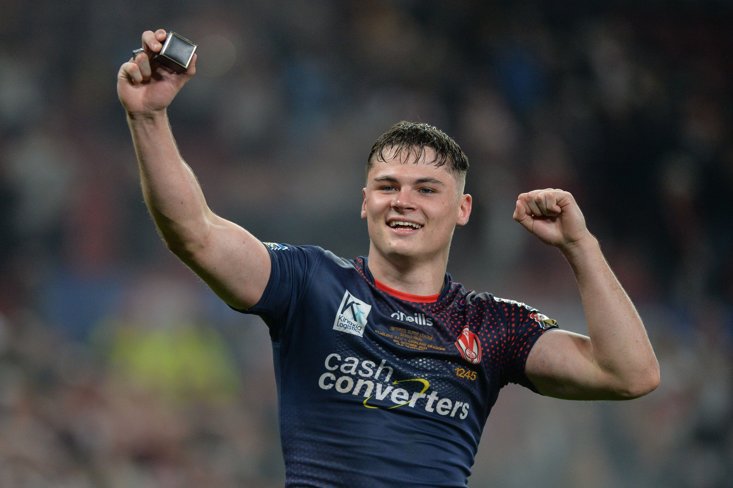 Abdull and Welsby are expected to both be a part of the squad Wane will announce on Sunday for next week’s trip to Perpignan, while Lewis will get his shot to press a claim on Friday night when he lines up for the England Knights against Jamaica at Castleford.

Of course, Wane will likely have to take his side past world champions Australia if they are to win the competition for the first time since 1972, and the Kangaroos will again have some of the greatest players on the planet to call upon.

Despite having lost their incredible spine of Billy Slater, Cameron Smith, Cooper Cronk and Johnathan Thurston to retirement in recent years, they now have a new generation of superstars at 1, 6, 7 and 9. James Tedesco and Tom Trbojevic could each stake a claim for the full-back spot, while Cameron Munster, Nathan Cleary and Daly Cherry-Evans are three of the best half-backs in the world. Damien Cook’s progress at South Sydney Rabbitohs knows no bounds, making the loss of the legendary Smith less of an issue than many Australians feared.

New Zealand obviously remain a threat, but Tonga’s recent renaissance – capped off by victories over Great Britain and Australia in 2019 – makes next year’s comp a real four-team battle for honours. While the likes of Michael Jennings, Manu Ma’u and Andrew Fifita will all be well into the thirties by the time they face Papua New Guinea in their opening Group D fixture, Tonga will still believe they have a chance to make a first World Cup final off the back of key men such as Jason Taumalolo, Sio Siua Taukeiaho and Tui Lolohea.

It has felt like a long time in coming since that epic 6-0 Australia win over England in the 2017 World Cup final in Brisbane and there are still 12 months to go, but this is a rugby league showpiece that will prove to be more than worth the wait.