Tennis
News
The four-time Grand Slam winner says players fulfilling media duties after a defeat is like 'kicking a person while they are down.'
Conor Keane
12:58, 29 May 2021

Ahead of the French Open, world number two Naomi Osaka announced she would not be fulfilling press duties during the tournament for the sake of her mental health.

The Japanese four-time Grand Slam champion, regarded as one of tennis’ most powerful voices, believes expecting players to fulfil media duties after a defeat amounted to “kicking a person while they are down.” The 23-year-old currently has two Australian Open and two US titles to her name but is yet to win at Roland Garros. She said she did not want to subject herself to questions that she hears repeatedly and does not want to have to deal with people who doubt her.

This decision may have been linked to a press conference Osaka gave after losing to Yulia Putintseva in the first round at Wimbledon in 2019. She arrived at the tournament as the reigning champion of the US Open and Australian Open. When asked if she felt it had been hard to adjust to becoming a major star in a short space of time, she turned to the moderator saying she felt she was going to cry and then left the room quietly.

Grand Slam rules state that fines of up to £14,160 can be issued to players for non-compliance with their media obligations. Osaka said the decision was “nothing personal” and hopes that the fine she receives will go to a mental health charity.

Her decision has been applauded by other athletes, with sprinter Dina Asher-Smith showing her support with a post on Twitter. She said while there are “a lot of excellent journalists that are doing an amazing job” there are some who “try to find, and at times create, cracks in your psychology.”

It raises the question about the effect post-loss media duties can have on athletes. The WTA, which governs the women’s tour, said mental health is of “utmost importance”, and that it has a “system in place” to provide support to players.

It added: “The WTA welcomes a dialogue with Naomi (and all players) to discuss possible approaches that can help support an athlete as they manage any concerns related to mental health, while also allowing us to deliver upon our responsibilities to the fans and public.

“Professional athletes have a responsibility to their sport and their fans to speak to the media surrounding their competition, allowing them the opportunity to share their perspective and tell their story." 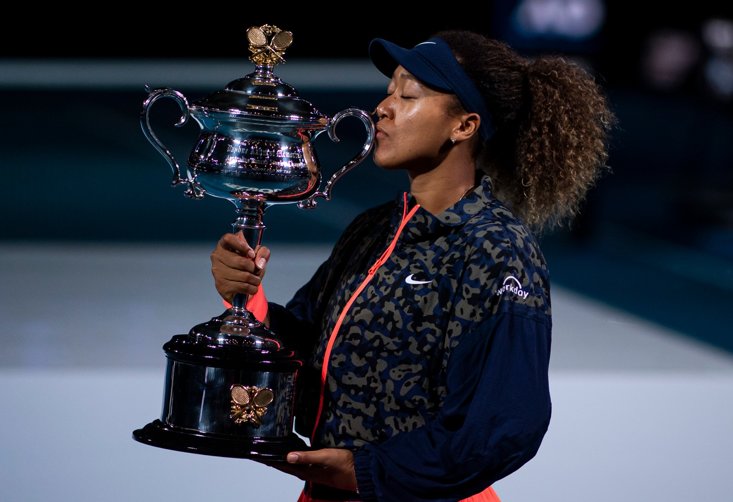 There is a lot to be said for athletes and coaches across sport fulfilling their media duties because fans want to hear from them after paying good money, and journalists need to speak to them to do their own jobs. It is clear that athletes and the media need each other but with mental health becoming a more approachable and serious subject in society, a fine balance is desperately needed.

Athletes will need to fulfil their media obligations and the press will have to be more careful approaching athletes in difficult situations. The ‘human’ element should be at the forefront of a journalist’s mind now before they set out their questions to an athlete who has just been defeated.

Osaka’s performances will be eagerly watched now to see if her media boycott provides a boost to her performance at Roland Garros. She has never gone beyond the third round, so it will be interesting to see if the world number two can experience a first taste of success in Paris. And whether, win or lose, it is a more at ease Naomi Osaka who takes to the court each time without the pressures of press conferences weighing on her wind.