Robbie Fowler was so popular with Liverpool fans that he became known as “God” among the Anfield faithful; so when the former Number 9, who netted over 150 times during his first spell with the club, returned to the place where he made his name on January 27, 2006 his legendary status was secured forever more.

Fowler was a Liverpool lad through-and-through, born in Toxteth and brought up in the surrounding area he represented the hopes and dreams of so many in the city who’d ever held the ambition to play for their hometown club, either red or blue.

In fact, Fowler grew up as an Evertonian, but would be given his first break in the game at Anfield aged 11; signing for Liverpool as a youth team player on leaving school in 1991 before putting pen to paper on a professional contract the day of his 17th birthday.

His first involvement with the club was as an unused substitute in an FA Cup Third Round tie against Bolton Wanderers on January 13, 1993 and his professional debut came on September 22 1993 in a 3-1 League Cup win over Fulham, in which he came off the bench to score; though better was yet to come.

In the second-leg a week later Fowler scored no fewer than five times in one night to make him just the fourth ever Liverpool player to score five goals in a first-team fixture, while his first league goal came a few weeks later in a 2-1 win over Oldham as he finished the season with 12 goals from 13 games.

In his first full season, Fowler was ever-present appearing in every one of Liverpool's 57 competitive matches, helping them to win the League Cup while also scoring the fastest ever Premier League hat-trick, in just 4 minutes and 33 seconds.

Not surprisingly his exploits were quickly acknowledged by his fellow pros and he was voted PFA Young Player of the Year in 1995 and 1996 making him one of only three players to win the award in consecutive seasons; probably due to the fact that he netted 30 times or more in his first three seasons as a professional.

After three terrific seasons Fowler was struck down by a knee ligament injury which kept him out for most of the 1997/98 season and scuppered his chances of playing for England at the World Cup in France at the end of that campaign, which ironically opened the door for another Liverpool youngster, Michael Owen, who burst onto the scene that summer.

Fowler returned to action to help Liverpool win the FA Cup, League Cup, and UEFA Cup treble in 2001 scoring in the final of both the League Cup and the UEFA Cup but it was to prove something of a swan song for the lad from L8.

With Liverpool manager Gerard Houllier favouring the combination of the prolific Michael Owen and newly signed Emile Heskey up-front, Fowler's days at Anfield were numbered and on 29 November 2001 he moved to Leeds United for £11 million.

But after almost five relatively fruitless years away, with spells at Leeds and then Manchester City Fowler was lured back to his spiritual home in 2006 by new boss Rafa Benitez who felt the fan favourite and goal machine still had plenty to offer.

To be honest, his second period with the club was never going to live-up to the high expectations set by those heady days of the mid-1990s and after several near misses Fowler eventually found the net for Liverpool once more against Fulham; the club he’d scored his first goal against some 13 years before. 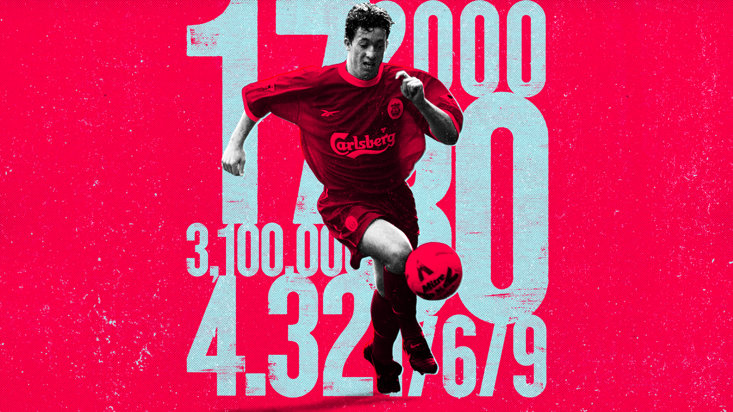 His final appearance for Liverpool came on May 13, 2007 against Charlton at Anfield where he was handed the captain's armband to mark his many years of loyal service to the club and when he was taken off with two minutes to go he understandably received a standing ovation.

Fowler departed Anfield for the final time on July 1, 2007 at the end of his contract before finishing his career with Cardiff City, Blackburn Rovers and then in Australia.

For a man who had won the UEFA Cup, The FA Cup, the League Cup on two occasions, not to mention being voted PFA Young Player of the Year twice, it’s understandable that there would be many career highlights, but when asked when he was at his happiest he responded: “That would probably be 2006 when I returned. I felt like a kid waking up on Christmas morning every day.”