The last stage of the 2018/19 Premier League season was dominated not just by the title race, but a genuine battle for a top-four spot, with Chelsea, Arsenal, Tottenham Hotspur, and Manchester United gunning for a place in the Champions League for the following year.

Three of those teams are now embroiled in another tussle as business in the transfer market picks up pace.

And the subject of this skirmish is a young Stuttgart player by the name of Ozan Kabak.

North London rivals Arsenal and Spurs are reportedly competing for the 19-year-old’s signature, with 13-time Premier League champions Manchester United also entering the fray for the defender according to the Express.

Both the Gunners and Manchester United had two of the three worst defences of any of the top 10 teams in the English top tier, with a combined deficit of 105 goals. In comparison, the top two positions - filled by Manchester United and Liverpool far and away the best sides by a considerable distance - were separated by just a single goal, just the 23 and 22 goals, respectively.

Clean sheets were far from abundant. Just a season after goalkeeper David De Gea claimed the Golden Glove for most shutouts for the first time in his career, the Spaniard managed just two more (seven) that relegation fodder Huddersfield Town and Fulham.

Spurs meanwhile need to replace defensive linchpin Toby Alderweireld, heavily linked with a move away last year, and now entering the last year of his contract.

Kabak has only been on the books at Stuttgart since January 2019 after moving from Galatasaray but has made a strong impression in the Bundesliga, despite Die Roten’s turgid season that saw them relegated following a play-off with Union Berlin .

Ozan KABAK
@ozankabak4
We have shown a big fight @VfB Stuttgart to achieve our goals but unfortunately this wasn't enough to end the season the way we wanted it to be.
I firmly believe, with the support of our wonderful fans, Vfb Stuttgart will soon be where it belongs. 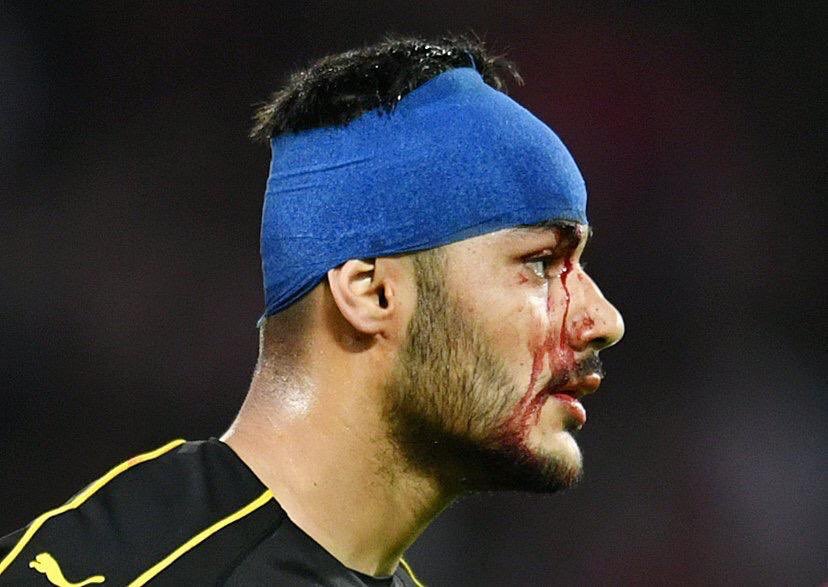 The Ankara-born centre-back moved from Turkish giants Galatasaray (with just 14 first-team appearances) after the new year and became a permanent fixture of the backline as Nico Willig desperately tried to save their top-flight status, and on occasion being deployed in a more advanced defensive position in the middle of the pitch.

His two goals in a 5-1 victory over Hannover 96 marked him as the youngest Turkish player to bag a brace in the Bundesliga. Despite his tender years, Kabak has been fearless, becoming known for his superiority in aerial battles and strong tackling ability, which he does frequently. He also has Champions League experience under his belt from Galatasaray's group campaign at the tail end of 2018, and has already reached a half century of international appearances at youth level for Turkey.

Aside from the final league game of the season when Stuttgart had to anticipate the play-offs, Kabak completed 90 minutes in each game since his move.

Interestingly he shares a birthday with Jadon Sancho, making him the joint-youngest regular Bundesliga player in the 2018/19 his season.

With Stuttart now resigned to playing in the 2.Bundesliga for the second time in four decades, Kabak’s time at the Mercedes-Benz Arena looks to be fleeting, particularly with Premier League clubs prowling.

Back in 2016, when Stuttgart were last relegated, they had to watch Timo Werner move on to RB Leipzig, the Roten Bullen paying a record-fee for the forward. It’s going to be another hard task keeping Kabak on the payroll with his own impressiveness proved in the briefest of starbusts.