Boxing
News
Here's what you might have missed in another busy week in the world of boxing
Kieran Spratt
06:55, 27 Aug 2021

It might not be the end of Manny Pacquiao’s legendary career just yet, YouTuber Jake Paul is comparing himself to Mike Tyson and the undercard for Anthony Joshua vs Oleksandr Usyk has been officially announced. Here are five boxing stories you might have missed this week.

Following Manny Pacquiao’s unanimous decision loss to Yordenis Ugas in Las Vegas at the weekend, many expected the eight-weight world champion and future Hall of Famer to hang up his gloves. The Filipino fistic genius is instead considering a rematch against his Cuban conqueror.

"In my entire career, Ugas was one of the easiest opponents," Pacquiao told The Athletic. "[Ugas] only had one style, and I should've been able to easily move away. You've seen how I have moved in my fights before. I couldn't move in this fight. My legs just… stopped."

"Yes, I can come back in January. I will see about it.

"I know I can rematch him if I want. I'll just need to tell [Premier Boxing Champions head] Al Haymon. That would be no problem. I will think about it because I can't believe that one of the easiest opponents I ever faced did that." 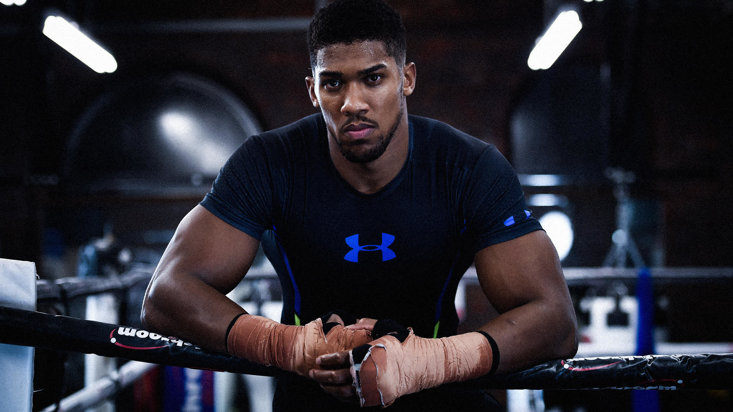 Anthony Joshua's huge heavyweight showdown with Oleksandr Usyk on September 25 at Tottenham Hotspur Stadium has had its undercard confirmed.

Campbell Hatton, son of Ricky Hatton, will have his fourth pro fight against Izan Dura in a super-featherweight clash. The card will also include Florian Marku vs Maxim Prodan at welterweight and Christopher Ousley vs Khasan Baysangurov at middleweight.

Unbeaten heavyweight contender and 2016 Olympic silver medallist Joe Joyce has committed his future to the Queensbury banner after signing a multi-fight contract extension with the promotional company.

Joyce said, “I’m delighted to announce that I’ll be extending my promotional deal with Queensberry. I believe with my management S-Jam, Queensberry and BT Sport I’m in the right place to achieve my dreams and become a world champion.”

Promoter Frank Warren added, “I am delighted Joe has agreed a long-term contract renewal with us at Queensberry for the period of time where we are confident he will be crowned WBO world champion. 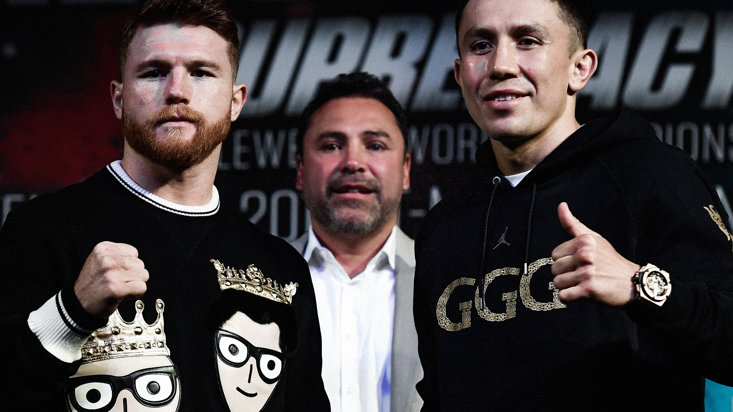 Oscar De La Hoya returns to the ring at the age of 48 on September 11th when he takes on former UFC champion Vitor Belfort. The former six weight world champion has been talking up a return to the ring for some time now, but the ‘Golden Boy’ has had to distance himself from one of his more ambitious plans - fighting current pound-for-pound superstar Canelo.

Instead, De La Hoya will chase fights with two men who are more suited to his age. “I changed my mind,” the 1992 Olympic gold medallist told FightHype.com.

“Not because he’ll knock me out. It’s just, I thought it over and I’d actually rather call out, after I do two [comeback fights], Floyd Mayweather or Felix Trinidad.”

De La Hoya has history with both men, losing by majority decision to Trinidad in 1999 and via a split decision to Mayweather in 2007.

Boxing YouTuber Jake Paul has sensationally compared himself to Mike Tyson in the build up to his fight with Tyron Woodley this weekend.

‘The Problem Child’ has only fought three times as a professional, not once against an actual boxer, having beaten fellow YouTuber AnEsonGib, former NBA star Nate Robinson and former MMA fighter Ben Askren, but he still believes he is the biggest star of this generation.

Speaking on the Last Stand Podcast, Paul said, "I am on a trajectory to become the biggest prizefighter in the world.

"For the kids, I look like Mike Tyson. Your grandpa had Muhammad Ali and Mike Tyson, your dad had Floyd Mayweather, this generation has Jake Paul."

“So if they want to see a highlight reel knockout, they want to be a part of the viral conversation, so far that is what I have delivered.”