Boxing
News
Pacquiao vs Mayweather II? Khan vs Brook? Here are five boxing stories you might have missed this week
Kieran Spratt
06:55, 20 Aug 2021

Manny Pacquiao still wants a chance to avenge his loss to Floyd Mayweather Jr, Kell Brook and Amir Khan could finally face each other in the ring, albeit at least five years too late, and Callum Smith is making the move up to light-heavyweight. Here are five boxing stories you might have missed this week.

Pacquiao, who fights Cuba’s Yordenis Ugas for the WBA welterweight title in Las Vegas this weekend, fought his long-time rival Mayweather back in 2015, losing via a 12 round unanimous decision. Roach, however, says his charge isn’t ready to give up on a rematch against the American, who was last in action against YouTuber Logan Paul in an exhibition match in June.

"We would like to fight Mayweather one more time," Hall of Fame trainer Roach told Sky Sports.

"But exhibitions? No. Manny is not into that.

"Manny has boxing fans. That's what we're after." 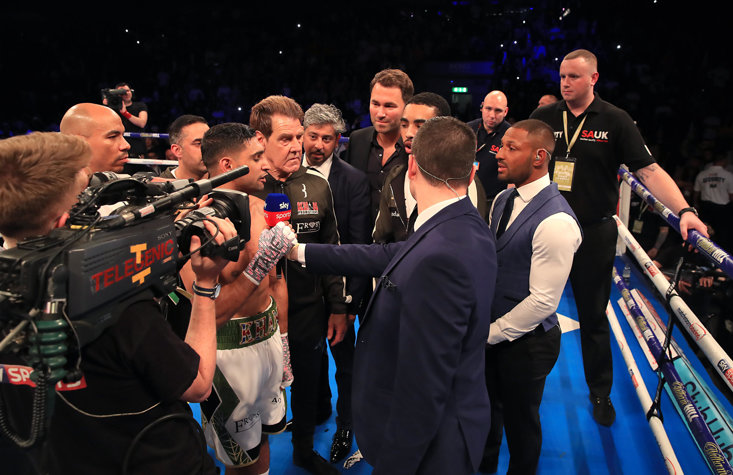 After about a decade of trading insults with one another, long-time domestic rivals Amir Khan and Kell Brook look to be finally going head-to-head after holding crunch talks with promoter Eddie Hearn this week.

Khan met with the Matchroom boss on Tuesday in an effort to get the fight and Hearn, who now runs his fights on DAZN and not Sky Sports, says that both fighters are working hard to sell the showdown to the highest bidder.

“I would do the fight, it is still a great fight, but it is not the fight it once was,” Hearn said.

“It’s an auction with two guys who want to make as much money as they can. I want to do the fight but only at the right price.

“Both guys see this as their last fight so whoever pays the most money will get the fight.

“DAZN has an idea of what we think the fight is worth, I think Sky would just put it on pay-per-view and that could be risky.”

The fight could reportedly head to Saudi Arabia for December.

Former heavyweight champion Andy Ruiz Jr has successfully undergone knee surgery and could return to the ring in December, according to ESPN Knockout.

The 31-year-old had been in line to face former IBF world champion Charles Martin but the American, who became the first boxer of Mexican heritage to win the world heavyweight title when he beat Anthony Joshua in 2019, elected to undergo the surgery that he said had been delayed for years instead.

“He underwent surgery on his right knee. He had been struggling with that knee for about three years," Andy Ruiz Sr. said.

"He could not run very much, he could not do certain movements, he used gel to mitigate the pain, but it was not enough and he made the decision to get the procedure done, which was an arthroscopy. It was done by the same doctor who operated on Canelo, Pedro Lomeli Jaime." 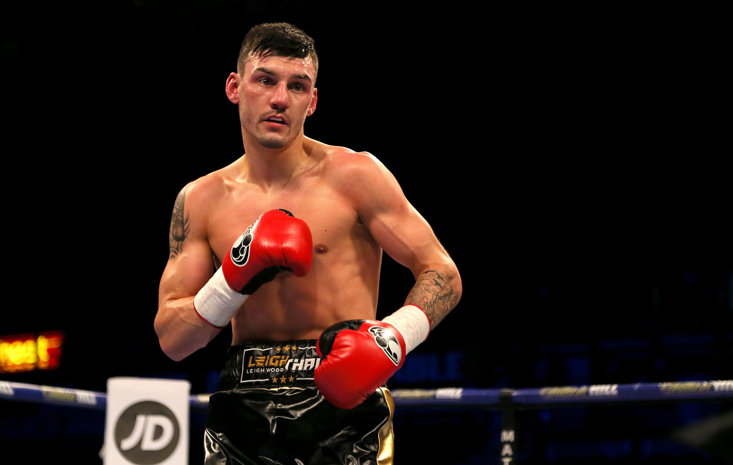 Wood sensationally stopped Xu Can in the final round to claim the title in a huge upset at the top of the bill on the first week of Matchroom Fight Camp last month.

‘Leigh-thal’ became only the second ever boxer from Nottingham to become a world champion, following in the footsteps of Carl Froch.

“I’m really excited to be working with Matchroom who in my opinion are leading the way in professional boxing,” said Wood. “I’m confident that they can deliver and help me achieve my dream on the biggest stage in boxing. Winning the WBA title at Fight Camp was just the beginning for me. I want all of the big fights out there.”

Callum Smith To Return On AJ vs Usyk Undercard

Former super middleweight champion Callum Smith is set to make his light heavyweight debut against Lenin Castillo on the Anthony Joshua vs. Oleksandr Usyk undercard at the Tottenham Hotspur Stadium on September 25th.

The fight against Castillo, a 2008 Olympian from the Dominican Republic and former title challenger, will be ‘Mundo’s’ first since his defeat against Mexican superstar Canelo Alvarez in Texas last December and his first fight under the guidance of his new trainer, Buddy McGirt.