Boxing
News
Dom McGuinness caught up with the Hattersley middleweight ahead of his showdown with Chris Eubank Jr on May 1
Dom McGuinness
08:00, 13 Apr 2021

Marcus Morrison will soon take aim at Chris Eubank Jr, but it won’t be the first time he has had him in his sights. ‘Paintballing with Eubank’ may sound like an Alan Partridge TV pitch, but the pair have already done battle in a different kind of combat zone.

The story goes back to 2008 when Ricky Hatton was being trained in Manchester by Floyd Mayweather Sr ahead of his fight with Paulie Malignaggi. A young Eubank Jr was also part of the camp.

“It was my birthday, so my Dad got a group of my schoolmates together, we bunked the day off school, and he booked paintballing and invited Chris along. He came along and we went for a Chinese afterwards. That’s as far as it goes in terms of knowing him. He might not even remember. It was a long time ago – we were both kids!

“A few years later, and we’re about to get in the ring together. Obviously, we’ve both come a long way in our careers, and I think that it’s going to be an exciting fight.”

The 6ft middleweight from Hattersley – the same neck of the woods as Ricky Hatton – is deep in training camp ahead of his mission to upset the odds against Eubank Jr on a Matchroom pay-per-view card headlined by heavyweights Derek Chisora and Joseph Parker.

Although boxing from the age of seven, the first big dream for Marcus had been to become a top defender for Manchester City. He spent five years at the club’s academy playing against some of the game’s finest prospects.

“Pogba, Jesse Lingard, Ravel Morrison – I played against them. Some big names who’ve done massive things in football. We were just kids then, but they’ve gone on to do big things so fair play to them.” 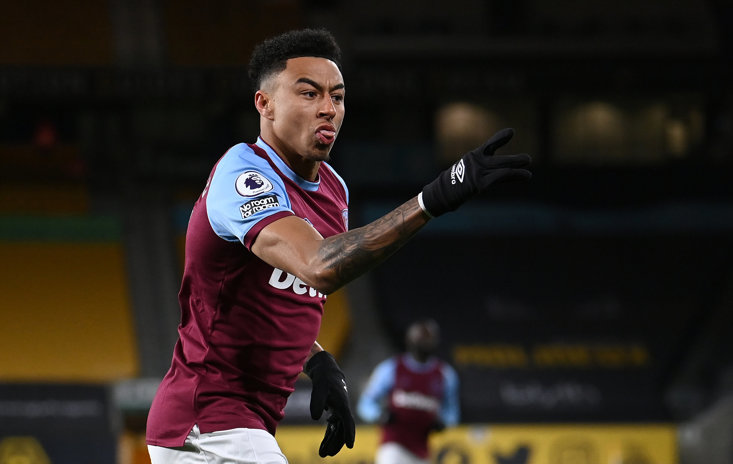 The pathway for football stardom ended for Marcus, aged 16, after being released by City for being too small.

“They said I’d never grow. I was very short at the time. I remember at school, in year seven and eight I was the smallest in the year. All the girls were bigger than me! Football didn’t work out. I was at City and I’m a big Blue myself so when they let me go, it broke my heart. I walked away from football and didn’t play again competitively.

“I was doing both at the time, I was boxing and playing football, so it was also going to get to the stage where it’s one or the other. The decision was made for me. Looking back now, I’m glad I am where I am.”

x
Suggested Searches:
Tyson Fury
Manchester United
Marcus Rashford
Lewis Hamilton
F1
Air Jordan
More
boxing
What Next For Canelo? Four Potential Fights After Beating Billy...
Despite a brave effort, Billy Joe Saunders’ attempt to become the first man to beat Saul ‘Canelo’ [ ... ]
boxing
Everything You Need To Know About Canelo And Billy Joe Saunders'...
The fighters are ready, the weigh-ins are done and all that business over the size of the ring has been [ ... ]
boxing
Lomachenko Returns To The Ring In June, Five Boxing Stories...
Anthony Joshua claims Tyson Fury wants to be just like him, Vasyl Lomachenko is officially returning [ ... ]
boxing
We Will See The Best Of Billy Joe Saunders Against Canelo, Says...
With disputes over ring size looking to have been finally put to bed, having nearly derailed fight week [ ... ]
boxing
Billy Joe Saunders Follows Tyson Fury's Blueprint As Canelo...
One of the biggest fights of 2021 looks to be back on the cards after the ring dispute has been ‘sorted’ [ ... ]
boxing
Billy Joe Saunders Threatens To Walk From Canelo Fight Over...
Billy Joe Saunders has said he will walk away from his fight with Mexican superstar Canelo this weekend, [ ... ]
boxing
Tyson Fury ''Frustrated'' By Delays To AJ Unification Bout,...
Ahead of Tyson Fury’s epic heavyweight showdown with Anthony Joshua, his co-trainer Andy Lee believes [ ... ]
boxing
Eddie Hearn Believes “Maverick” Billy Joe Saunders Can Beat...
WBO super-middleweight world champion Billy Joe Saunders is in action against pound-for-pound superstar [ ... ]
boxing
Lennox Lewis Confirms He’s “Talking” With Mike Tyson Over Exhibition...
When Mike Tyson and Lennox Lewis finally fought as professionals in 2002, it might have happened far [ ... ]
boxing
Joseph Parker Beats Derek Chisora Amid Controversy As Katie...
Joseph Parker has beaten Derek Chisora by a split decision in Manchester (115-113 Chisora, 116-111 Parker, [ ... ]
boxing
Eubank Jr Needed Someone He Trusted Says Trainer Roy Jones Ahead...
Chris Eubank Jr steps into the ring for the first time since the end of 2019 when he takes on Marcus [ ... ]
boxing
Eddie Hearn Says Bob Arum Has Been Putting On The Pressure Over...
Promoter Bob Arum has been a key figurehead in boxing for more than half a century and has been involved [ ... ]
boxing
Bob Arum Makes Joshua vs Fury Claim - Five Boxing Stories You...
There's a busy weekend of boxing on the way with Derek Chisora taking on Joseph Parker in Manchester [ ... ]
boxing
Derek Chisora Insists He 'Puts The Fear Of God' Into Joseph...
Derek Chisora believes former WBO Heavyweight world champion Joseph Parker will run when the two fight [ ... ]
boxing
Natasha Jonas Says She Has ''Unfinished Business'' With London...
Liverpool super-featherweight Natasha Jonas says she has "unfinished business" with former [ ... ]
boxing
Everything You Need To Know About The Joseph Parker Vs Dereck...
This weekend Joseph Parker will be looking to make himself a contender for a world title once [ ... ]
boxing
''Cinderella Man'' Steve Robinson Now Aiming To Transform The...
As rags-to-riches sports stories go it takes some beating. One day Steve Robinson was stacking shelves [ ... ]
boxing
Lucas Browne Blitzed By NRL Legend, Five Boxing Stories You...
A former heavyweight contender was blitzed inside a round by a former rugby legend, Conor McGregor’s [ ... ]
boxing
Floyd Mayweather vs Logan Paul: Everything You Need To Know
It’s the fight we’re pretty sure nobody asked for but Floyd Mayweather’s bout against [ ... ]
boxing
Ben Askren Says He 'Let The World Down' After Losing Jake Paul...
Former UFC fighter Ben Askren has said he ‘let the world down’ after losing Saturday’s [ ... ]
boxing
Middleweight Marcus Morrison Answers the Call That Could Change...
It was many happy returns for Marcus Morrison when he received the phone call that could change his [ ... ]
boxing
Everything You Need To Know About Jake Paul And Ben Askren's...
After months of trash talk, the battle between YouTuber Jake Paul and former MMA star Ben Askren finally [ ... ]
boxing
Claressa Shields Fight Could Happen At End Of Year, Says Savannah...
It’s one of the biggest fights to be made in women’s boxing and according to WBO middleweight [ ... ]
boxing
Tyson Fury And Anthony Joshua Agree To Fight In Saudi Arabia,...
Anthony Joshua and Tyson Fury have agreed to fight in Saudi Arabia, according to reports. With the winner [ ... ]
boxing
De La Hoya In ''Talks'' With Eddie Alvarez, Five Boxing Stories...
Oscar De La Hoya has found his “big name” UFC opponent, Anthony Joshua and Tyson Fury’s [ ... ]
boxing
Claressa Shields Finds Opponent And Venue For MMA Debut In June
Two-time Olympic gold medallist Claressa Shields has found an opponent and venue as she makes the swap [ ... ]
boxing
Chris Eubank Jr Wants ''End Game'' Gennady Golovkin And Targets...
Chris Eubank Jr may have been out of the ring for the entirety of 2020 but he returns on May 1 in Manchester [ ... ]
boxing
Evander Holyfield, 58, Set To Take On Former Mike Tyson Foe...
Heavyweight legend Evander Holyfield looks to have found an opponent for his long speculated return [ ... ]
boxing
Conor Benn Destroys Samuel Vargas In Just 80 Seconds And Calls...
Conor Benn was in explosive form on Saturday night, blitzing Samuel Vargas with a swathe of shots which [ ... ]
boxing
“Mature” Conor Benn Confident He’ll Rise To The Challenge Against...
Conor Benn takes another step up in his promising career on Saturday night when he takes on grizzled [ ... ]