Football
News
The Eagles have made big changes in the summer after Roy Hodgson's departure
Simon Lillicrap
06:55, 05 Aug 2021

Crystal Palace have taken a risk again. For four years they have been safely cocooned in the bosom of Roy Hodgson, who has reliably and successfully kept them in the Premier League with relatively little fuss. However, his fully-deserved retirement has meant that Steve Parish has had to make a big decision.

Does he follow the British blueprint that has seen Tony Pulis, Alan Pardew and Sam Allardyce sit in the Crystal Palace hotseat, often sacrificing an attractive style of play for Premier League survival, or does he push the boat out and attempt to play more ‘exciting’ football? Well, this summer there has clearly been a move towards the latter, as former Arsenal ‘Invincible’ Patrick Vieira joins the club as Hodgson’s successor.

Of course, there will be an understandable sense of trepidation from the Palace fans. The last time they took a gamble on a foreign manager they were left with egg on their face, as Frank de Boer was sacked after just four Premier League games, becoming the shortest-serving Premier League boss ever in terms of matches managed. De Boer joined the club with a far more established CV than Vieira too, as the Dutchman had managed the likes of Ajax and Inter Milan, but things already feel slightly different under Vieira.

The huge turnover of players this summer may be seen as a negative but it has allowed fresh faces to come into Selhurst Park. Although some of those who have departed have given excellent service to the club over the past few years, such as Gary Cahill, Patrick van Aanholt and Andros Townsend, it does feel as if their time at the club was naturally coming to an end anyway.

"We’re stepping into the unknown with Patrick Vieira in charge at Selhurst Park this season," Dan Cook of Palace podcast HLTCO tells The Sportsman. "After the stability offered by Roy Hodgson in recent years, there’s a sense of excitement about the football we might play under the Frenchman. Plenty of new signings have given us all cause for optimism but it’s tempered by the reality of how tough it is to survive in the Premier League year on year." 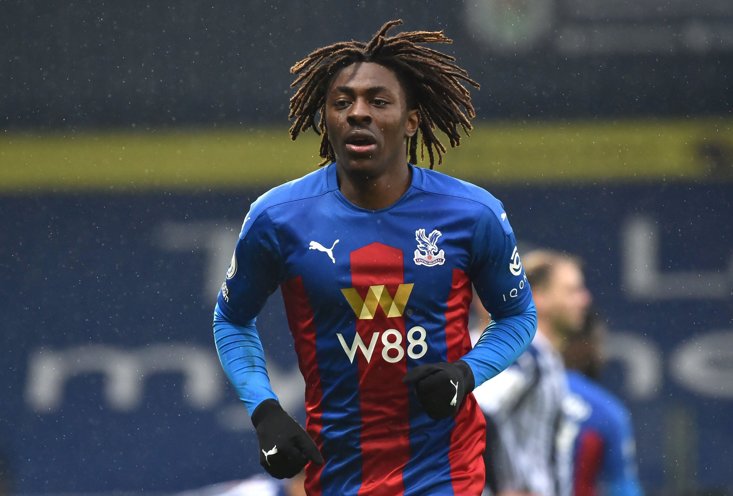 EZE WILL BE KEY ONCE MORE WHEN HE RETURNS FROM INJURY

No club wants to stagnate, and Palace’s decision to release 22 players over the summer is a bold one, but one that could finally see them make progress. Vieira’s signings, although he has only been in the job a month, point towards a brighter future. Michael Olise at just 19 was one of the bright sparks in the Championship and it was Palace who triggered his £8m release clause at Reading, and all signs point towards him being a bargain. His attacking talents will be seen alongside the likes of Wilfried Zaha, who seems certain to stay for another year, and the injured Ebere Eze, who made a big impression last term. Once he returns from injury Palace will boast an incredibly exciting attacking line-up.

But defensively they have also invested and strengthened. The departure of Cahill has been counteracted with the permanent signing of Chelsea’s Marc Guehi, who shone on loan at Swansea last term, and Joachim Andersen, who did well at Fulham in 2020-21. Twenty-five-year-old Andersen, and Guehi, at 21, both offer long-term solutions that should pay off for Palace, even if it takes some time.

That is the key for Palace this season... Patience. They cannot afford to hit the panic button as they did with De Boer and it is clear Vieira has a strategy in place when it comes to signing promising young players. They may not have as much success in terms of results given that there has been so much upheaval over the summer, but this approach will pay off for Palace in the long-term. There is still work to be done, and Vieira faces the biggest challenge of his short managerial career to date, but excitement is building around Selhurst Park once again. The Eagles could be about to soar.