Leicester found themselves frustrated in the first half. Spartak were organised and tough to break down, limiting the Foxes to potshots that goalkeeper Aleksandr Maksimenko snuffed out. The Russian stopper put himself in danger to block Kelechi Iheanacho from an early corner, showing immense bravery to get between the striker and the ball.

The home side fashioned their own long-range chances on the counter, with Ayrton Lucas sending a couple of speculative efforts wide. As the Leicester front two found their rhythm, a superb Daka cross to Iheanacho was blocked by Nikolai Rasskazov. The Zambian forward would have another go when James Maddison threaded a sumptuous ball through for him to send wide on the half-volley.

Leicester weren’t pressing from the front with their usual intensity, a symptom of Jamie Vardy only being on the bench. This casual attitude to winning the ball back permeated the rest of the side, and it was this casual nature that led to Spartak Moscow’s opener. The Russian side were given time and space outside the Leicester box and punished the faltering Foxes. Aleksandr Sobolev collected a dinked ball, played a one-two and bent a shot towards the far post which was deflected past Kasper Schmeichel to open the scoring.

Maddison, looking close to his best, almost engineered an immediate response when he skilfully made the space for a distance-shot. Maksimenko was equal to it, but the chance demonstrated Leicester were still in this game. The England international would have another chance soon after, when Youri Tielemans drew another good save from the Spartak keeper. Unfortunately Maddison could not get over the rebound, which he sent high into the stand. 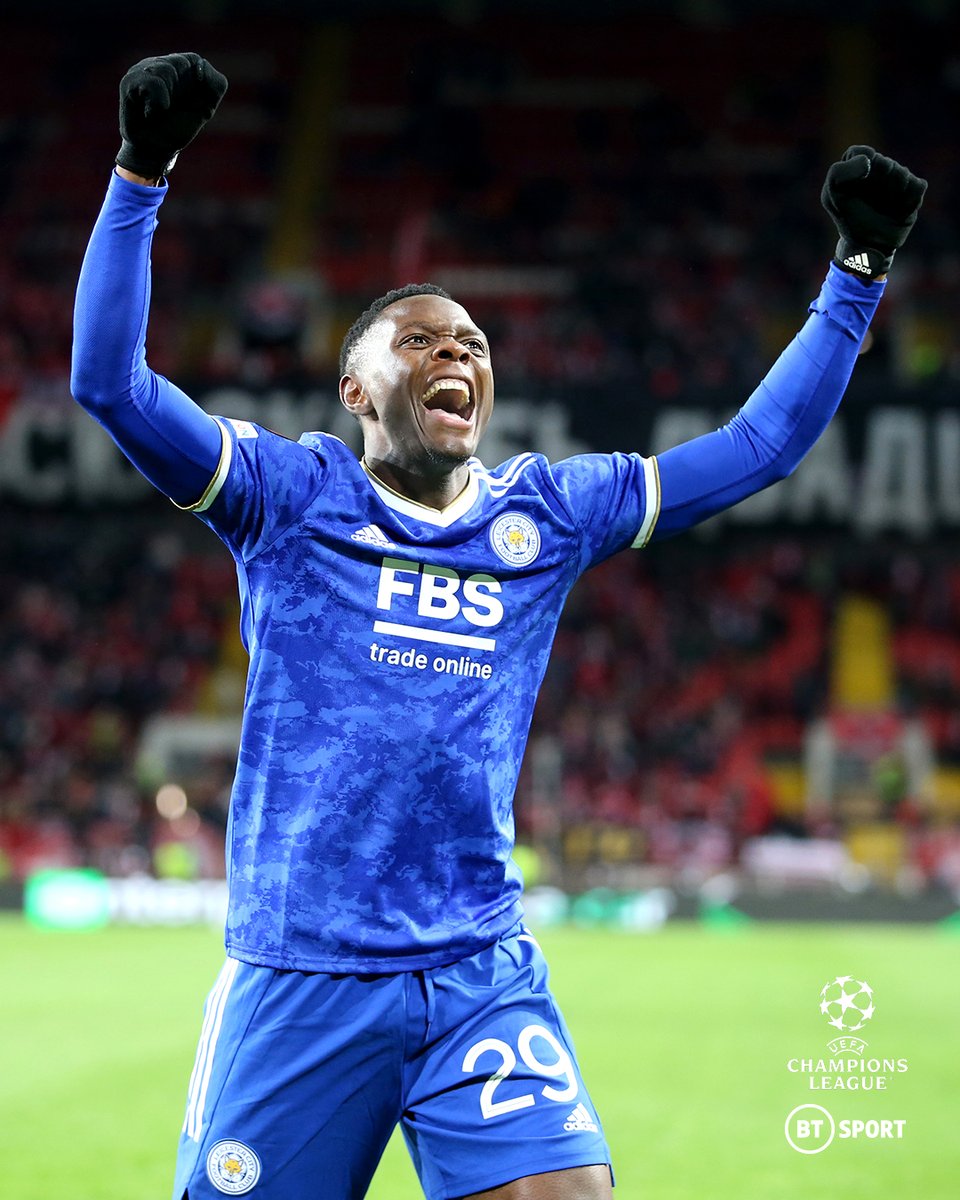 Leicester’s failure to dispatch their chances was soon punished, when Jordan Larsson doubled the home advantage. Ex-Chelsea star Victor Moses pressed superbly to win the ball from Caglar Soyuncu, before squaring for Larsson to slot the ball home. Brendan Rodgers’ side had a mountain to climb. They made a giant stride towards the summit almost immediately after conceding. Iheanacho caught the Spartak defence at a standstill, thoughtfully slotting a through-ball in for Daka. The former Red Bull Salzburg forward found an accomplished finish, kicking off what would become an historic night for him.

Leicester started the second half the way they finished the first, with a Patson Daka goal. This time Iheanacho played provider, receiving a wide pass and slotting it into the box for his strike partner to score. The momentum appeared to be shifting in the favour of the Premier League side. Maddison, enjoying a superb performance, would slot through for the main man again as Daka completed his hat-trick. However, the rampaging striker was not done.

Daka notched his fourth to become Leicester’s joint-top European goalscorer, a feat he had completed in the course of one frenetic afternoon. Maddison was the provider yet again, taking advantage of a lack of mobility in the Spartak defence and squaring for Daka to smash home. Five minutes later though, Leicester were thrown into the midst of a nervy finale when Sobolev secured his brace. Moses got down the right well to provide the assist, and Leicester had to hold on to take home the three points.

Defensively, there are issues to solve in this Leicester team. But after scoring eight goals in back-to-back thrillers, the fans can worry about their porous back line another day. This was a crucial result for the Foxes, who started the day bottom of their Europa League group. The fact they have secured it in such entertaining fashion is just the icing on the cake.