The superlative-defying Swiss is at it again. Roger Federer has muscled his way into the Australian Open Semi-Finals, for his 46th occasion in the last four at the quad of major tournaments, and the 15th at this particular one.

The 38-year-old all-time Grand Slam record-holder fought back the years and against seven match points that would have favoured his opponent Tennys Sandgren in Melbourne. On Tuesday afternoon Federer eventually took the quarter-final tie over the American 3, 2-6, 2-6, 7-6 (8), 6-3 at the Rod Laver Arena.

It was the second time of Federer’s refusing to yield on the brink of getting the first plane out of Oz in the space of four days as, in the third round, the almost-quadragenarian came from 4-8 down in the fifth-set tie-break to win six points in a row and defy Brisbane-born John Millman passage.

The passion and fire still remains inside Federer, his internal Yanar Dag still blazing, evident with his outburst at umpire Marijana Vejovic at break point in the third game of the third set. The Australian Open is the site of his last Grand Slam title, when he beat Marin ÄŒiliÄ‡ across five sets in 2018 for his sixth trophy in that competition, and it seems he is determined once again to add to his peerless collection.

A relatively disappointing 2019 saw Federer begin by failing to produce a convincing defence of his Australian Open title, which he had held for two years, by exiting in the fourth round to Stefano Tsitipas. The French Open ended in the semi-finals, the US Open the quarters, with his only Grand Slam final being at Wimbledon.

Though he helped contribute to the longest final in the competition’s history, his eventual loss to Novak Djokovic helped to close the gap between the Serbian and the increasingly uncertain pedestal which has afforded Federer quite comfortably the title of being, statistically, the greatest men’s player of all time.

It is the 32-year-old Djokovic who he faces in the next round of the Australian Open in what will be the 50th career meeting between the two, the overall result currently 26-23 in the younger man’s favour.

To Federer’s 20, Djokovic currently stands on 16 Grand Slam titles. The man seen as Federer’s perennial rival, the Cristiano Ronaldo to his Lionel Messi, Rafael Nadal is even closer with 19, with the Spaniard a solid bet to gluttonize another title at Roland Garros to add to his 11 on the clay court this Spring. 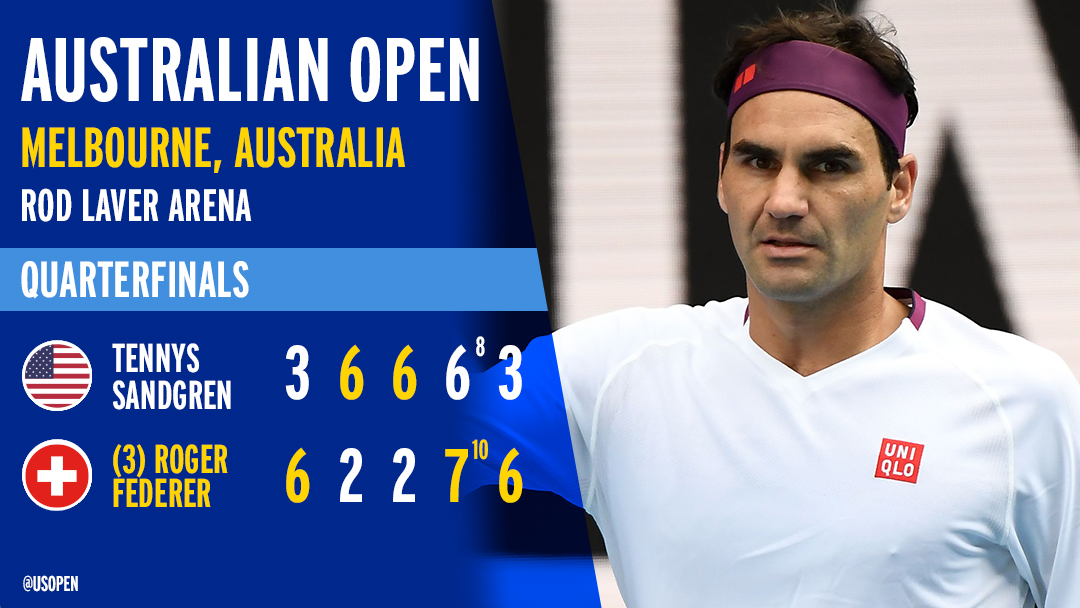 With Nadal five years Federer’s junior, and Djokovic six, time is not on Federer’s side. It is likely that his Grand Slam career tally will indeed be surpassed by one of the two, or indeed both. The most sensible thing now, as fans not just of the individual player but of the sport, is to admire the retained intensity of his drive and ambition, and his continued ability to produce on-court magic like no one who has ever taken up a racquet has ever done, the Swiss Sorcerer.

“The question of why doesn’t he stop comes down to whether a person focuses on the outcome or the performance and process,” Professor of Organisational Psychology Damian Hughes told The Sportsman, “Federer’s won 20 Grand Slam titles, he’s a legend in tennis, his name will be spoken forever, as long as the sport is played - that’s the outcome. If he was focused purely on the outcome then the question becomes valid; he would stop because he’s achieved what he set out to do.

“When you look at the numbers a normal person would think surely he would be happy: both financially and terms of tournaments won. But I suspect that Federer focuses very much on the process, just one foot in front of the other, just enjoying the game for the sake of enjoying it.

“I don’t think he’s viewing things purely for the outcome but for the process: game by game, tournament by tournament. Given his obvious love for the game and just playing the match in front of him is why he has kept on going, year after year.”

Federer began his career in the last days of greats Andre Agassi and Pete Sampras and in the era of Lleyton Hewitt, Juan Carlos Ferrero, David Nalbandian, and Andy Roddick (all four of a similar age to Federer and all retired, Roddick almost one year younger).

He is currently existing within the tennis macrocosm comprised of stellar, highly-watchable contenders Daniil Medvedev, Alexander Zverev, and Dominic Thiem: all three would have been at varying levels of primary school when Federer certifiably announced himself at the All England Club to win his first in a record stack of eight at Wimbledon.

ATP Tour
@atptour
The miracle man.
HOW did @rogerfederer do that? ðŸ‘‡ #AusOpen

“The book ‘Range’ by David Epstein talks about a static world versus a dynamic world,” says Professor Hughes. “Early specialisation in skills is fine when you’re in a static world, i.e. Tiger Woods starting from the age of two. When you’re in a dynamic world where things change and the moving parts like tennis demands a whole different set of skills, he highlights Federer who didn’t start playing tennis properly until he was around 14, which is quite late, despite his mum being a tennis coach. Federer had engaged in a variety of other sports before he started taking tennis seriously.

“So you have to move the parameters a little bit: although he’s going quite late into his career, he also started quite late.

“I think he’s a guy that is relatively ‘fresh’, for want of a better word, it is, of course, hard to be fresh at 38. He has not been playing from the age of six so you have to look at it through a slightly different lens.”

And what of the question as to whether for certain athletes such as Roger Federer and Cristiano Ronaldo, who turns 35 in a matter of weeks, this unique breed of sports superstar are instigating the thesis that the thirties' are the ‘new twenties' in regards to sustained success?

“It is important not to underestimate these particular athletes’ intelligence,’ states Hughes. “Just because someone has experience doesn’t necessarily mean they have intelligence.

“People who have married the rich experiences that they’ve had and combined that with their athleticism does give them that extra edge. It’s the perfect marriage of experience, athleticism, and wisdom that makes them formidable.”

For those who still remember Federer’s tears in 2003 upon beating Mark Philippoussis for his first Grand Slam title at the venue he would become synonymous, Wimbledon's Centre Court, it has been an epic, unparalleled story we’ve been privileged to follow and witness.

“It’s just incredible, I don’t know how I did it,” Federer told Sue Barker before the waterworks wet Wimbledon.

Seventeen years on, he’s still incredible and we still don’t know how quite how he does it. 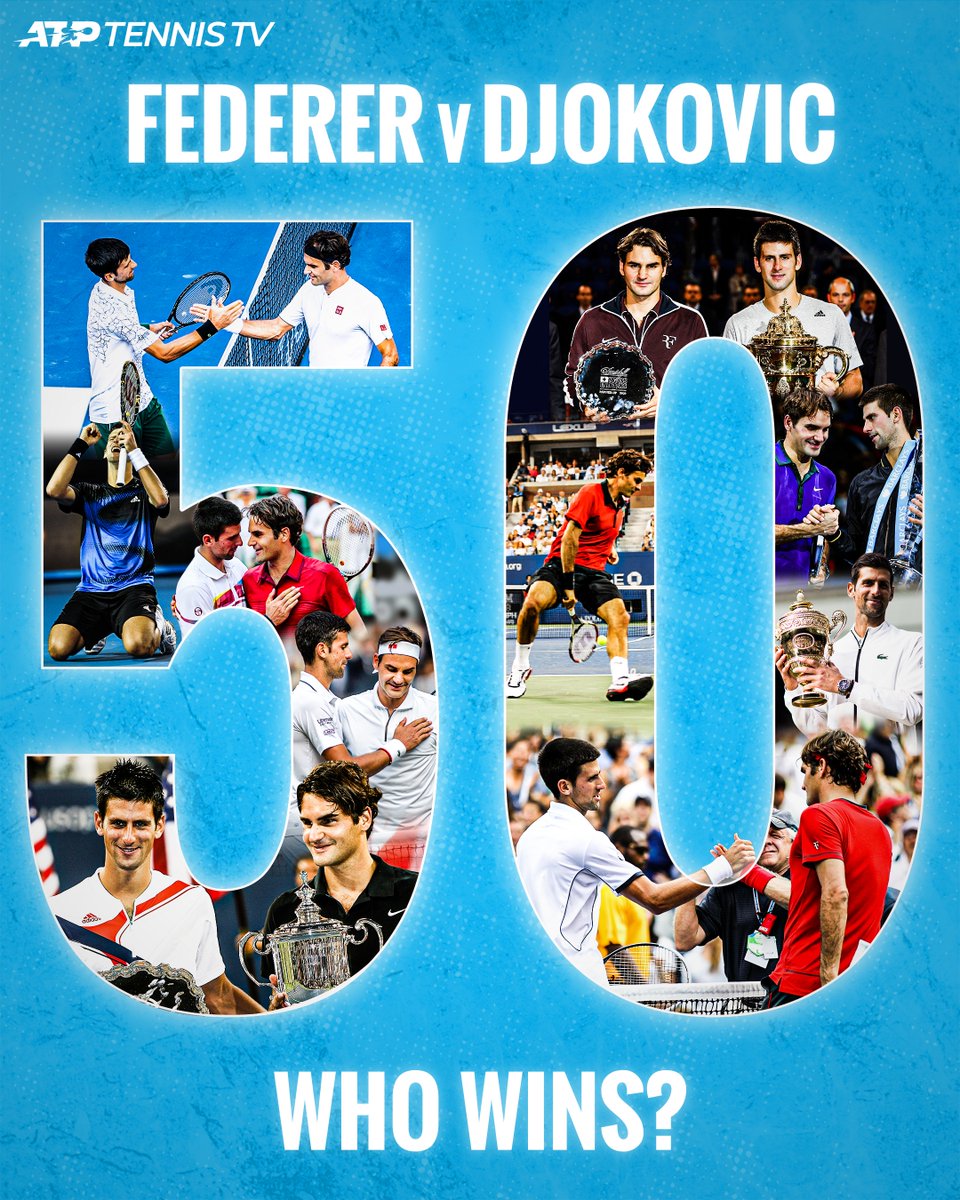 114
400
x
Suggested Searches:
Tyson Fury
Manchester United
Marcus Rashford
Lewis Hamilton
F1
Air Jordan
More
tennis
Netflix Doc 'Settling The Score' Shines Light On One Of Sport's...
Sporting injustices have tarnished the game throughout history, but the injustices that go under the [ ... ]
tennis
Long Live The King Of Clay! Nadal's Fifteen Year Love Affair...
A million seconds is eleven and a half days, yet a billion seconds is 31 years and seven months.  [ ... ]
tennis
Djokovic's Disqualification Disaster And Other Tennis Stars...
The look of horror hit Novak Djokovic almost as quickly as the tennis ball that rifled into the throat [ ... ]
tennis
Arthur Ashe, The History-Making Trailblazer Who Transcended...
Arthur Ashe is the only black man to win the singles title at each of Wimbledon, the US Open, and the [ ... ]
tennis
40 Years On From Borg, McEnroe And The Greatest Wimbledon Match...
In a match that is widely regarded as arguably the greatest-ever to be played at Wimbledon, Bjorn Borg [ ... ]
tennis
The Tennis Podcast Is All You Need To Get Through The Wimbledon...
Having planned, once again, to broadcast everyday through this year’s Grand Slam tournaments, [ ... ]
tennis
Andy Murray Can Still Compete But Has Nothing Left To Prove,...
Andy Murray knows a thing or two about creating history. The man who became Great Britain’s [ ... ]
tennis
Andy Murray Looking At Miami Open Return After Extended Injury...
Andy Murray is targeting a return to the court at the Miami Open later this month ending his extended [ ... ]
tennis
Maria Sharapova Deserves Respect For Taking Female Earnings...
Maria Sharapova has called time on her glistening career having won every single Grand Slam event and [ ... ]
tennis
Why The Next Month Is Vital For Andy Murray And His Wimbledon...
Sir Andy Murray’s hopes of competing at Wimbledon this year and defending his Olympic title in [ ... ]
tennis
An Open Victory Would Be Huge For Ash Barty, But Even Bigger...
Ashleigh Barty has reached the semi-finals of the Australian Open for the first time in her career following [ ... ]
tennis
Mr Shakira And The Multi-Billion Pound Revamp Of The Davis Cup
Premier international tennis tournament the Davis Cup, fast approaching the 120th anniversary of its [ ... ]
tennis
The Young German Ready To Shatter Djok, Federer & Nadal's Ironclad...
Rafael Nadal’s hopes of finishing the season as world number one took a serious blow with a straight-sets [ ... ]
tennis
Here's Why Murray, Djokovic And Tennis's Stars Have Been Confusing...
Andy Murray, Novak Djokovic and the rest of the tennis world have been confusing reporters and fans [ ... ]
tennis
Serena Williams And The Numbers That Have Taken Her To The Verge...
With a straight sets victory over Elina Svitolina, Serena Williams once again stoked fans’ hopes [ ... ]
tennis
Daniil Medvedev: The Moscow Menace Infuriating At The US Open
“Every search for a hero must begin with something every hero needs: a villain.” That quote [ ... ]
tennis
Coco Gauff, Naomi Osaka And Taylor Townsend: Next Generation...
Taylor Towsend stole the headlines at the US Open as the 23-year-old rank outsider knocked out fourth [ ... ]
tennis
Serena Williams v Maria Sharapova: The Rivalry That Tennis Has...
Yesterday’s build-up to the US Open was full of the cliched lines we have heard on repeat for [ ... ]
tennis
Deaf Tennis Player Lee Duck-hee Etches His Name Into The History...
Tennis star Lee Duck-hee cemented his name in the history books at the Winston-Salem Open by becoming [ ... ]
tennis
Novak Djokovic On Course To Ransack Grand Slam Record
Tennis fans around the world are privileged in the current era to witness the most beautiful race for [ ... ]
tennis
Can 2019 Be The Year Of Rafael Nadal?
Rafael Nadal is playing some excellent tennis this year and has bounced back in spectacular fashion [ ... ]
tennis
Is Roger Federer Truly The Greatest Of All Time?
Roger Federer will take to the hallowed turf once again this afternoon to take on old foe Rafael Nadal [ ... ]
tennis
Cori Gauff Must Fulfil Her Huge Potential To Avoid Joining These...
Being a child superstar can be tough. Macaulay Culkin, Britney Spears and more recently Millie Bobby [ ... ]
tennis
Talking Balls: Slazenger’s Long And Illustrious Association...
The name Wimbledon will always conjure-up images of strawberries and cream, champagne, Henman Hill, [ ... ]
tennis
1997 Was The Year Of Martina Hingis: The Greatest Tennis Prodigy...
1997 was an eventful year in the world of sport. Tiger Woods rocketed into wider consciousness after [ ... ]
tennis
On This Day In 2011: Novak Djokovic Wins Wimbledon For The First...
Tennis feels like it's reaching the end of an era as the early days of Wimbledon race by. A golden [ ... ]
tennis
How The Simple Tennis Serve Transformed Into The Most Important...
Wimbledon - the best and most historic tennis tournament in the world got underway today. With two weeks [ ... ]
tennis
Virginia Wade: The Forgotten Champion Who Remains The Last British...
In 2013, Andy Murray ended a staggering 77-year wait for a British men’s champion at Wimbledon. [ ... ]
tennis
Wimbledon 2019: Who Holds The Records At The World’s Oldest...
The 2019 Wimbledon Championships are finally here and it looks set to be one of the most open tournaments [ ... ]
tennis
15-Year-Old Cori Gauff Makes History By Qualifying For Wimbledon...
Aged only 15, Cori Gauff has reached the main draw at Wimbledon for the very first time, and in doing [ ... ]