Peter Crouch has confirmed his retirement from football, bringing to an end a 19-year professional career.

The 38-year-old spent his final season at Burnley, where he played a reduced role as Sean Dyche’s men finished 15th.

When the former England international is looked back on in the history books, he might be remembered as the rather awkward-looking, towering striker who spent the early part of his career battling to silence those who insisted his physical attributes would hold him back.

At Southampton, he became known for his headers, an obvious benefit of his height. However, it was at Liverpool and subsequently, at Tottenham, that he began to prove himself as a remarkably agile forward who could not only hold the ball up, but one who enjoyed the occasional scissor kick.

In his autobiography, How to be a Footballer, he reminisces the hours spent as a child practicing overhead kicks against the wall, and the shock and awe he provoked when putting them into action on the biggest stage of all.

For all the highlights of his career – playing in a Champions League final for Liverpool or scoring the winner against AC Milan in the San Siro for Spurs – there were lows too.

It’s sad that one of the anecdotes Crouch seems to recall most often is the time he was booed on his debut for England at Old Trafford.

At a time when it was harder for new players to be given an opportunity with the Three Lions, and when he was essentially battling with Wayne Rooney at his prime for a spot, Crouch managed a very respectable 22 goals in 42 international appearances between 2005-2010. Yet he was only kept on for the full 90 minutes in 12 of those games.

While he eventually won the fans over, the feeling remains that he has never really been given the credit he deserves.

Crouch scored 108 Premier League goals, netting for six different clubs. He holds the record for the most substitute appearance, partly thanks to his longevity, while he also boasts the most headed goals (52) in the division’s history, having surpassed Alan Shearer in 2018.

One of the ultimate super-subs, only Jermain Defoe, Ole Gunnar Solskjaer, and Kanu have scored more off the bench.

Though he won’t be remembered as anywhere near as prolific as any of those fellow Premier League legends, Crouch can perhaps at least count himself among the most underrated of his era.

Peter Crouch
@petercrouch
After a lot of deliberation this summer I have decided to retire from football !
Our wonderful game has given me everything.
I'm so thankful to everyone who helped me get there and to help me stay there for so long. X
635
30735 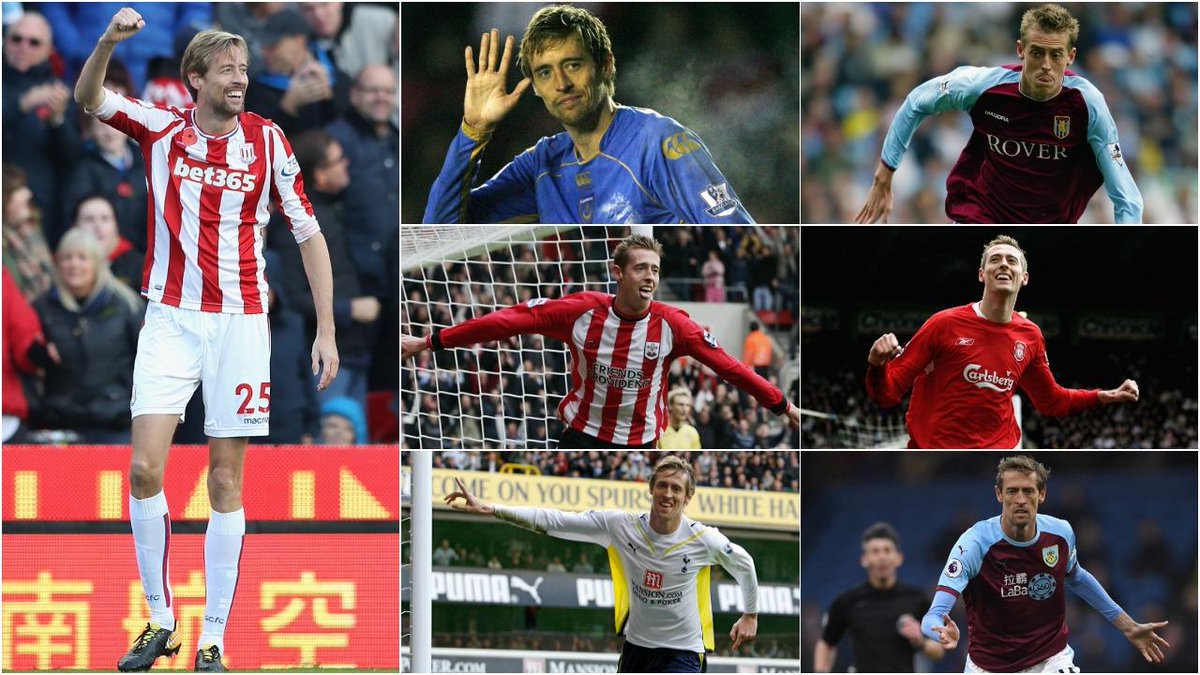