32 players came, and now only four remain. The Betfred World Matchplay is certainly starting to heat up.

Friday night brought even more thrills and spills to the Winter Gardens. Here’s what you missed. 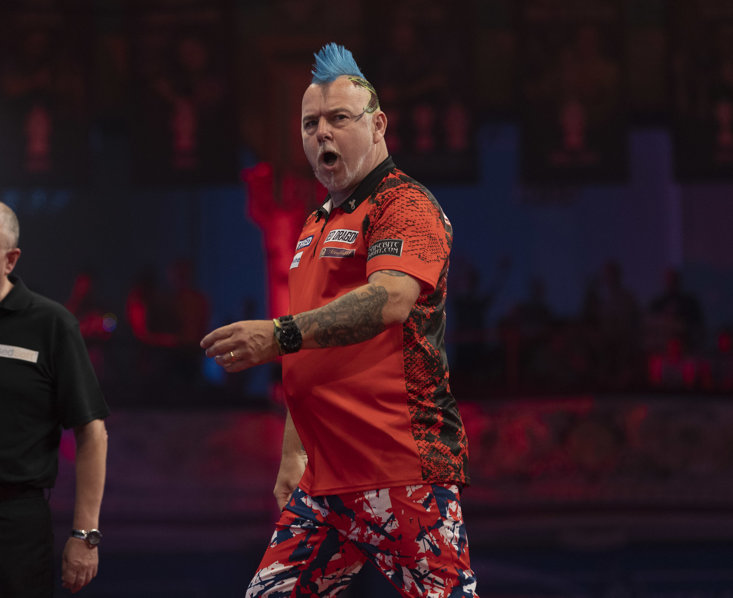 What a spectacle to kick off Friday night’s quarter-finals and we’re not just talking about Peter Wright’s marvellous mohican! The Scotsman reached the World Matchplay final after an emphatic 16-7 win over St Helens’ Michael Smith.

‘Snakebite’, who reached the Matchplay final in 2017, has been in scintillating form of late and he turned it up to 11 tonight, wrapping up with a 100 average and nine 180s. Wright vowed before the competition that he would win and based on his performances so far, you wouldn’t bet against him.

However, speaking after the win, the 51-year-old said that his performance was far from perfect. “My percentage on doubles were terrible and obviously a 100 average is not that good. I was actually nervous.

2019 finalist Michael Smith is still chasing his elusive first PDC major, but Wright was full of praise for ‘Bully Boy’ and believes that the 30-year-old is going right to the top. 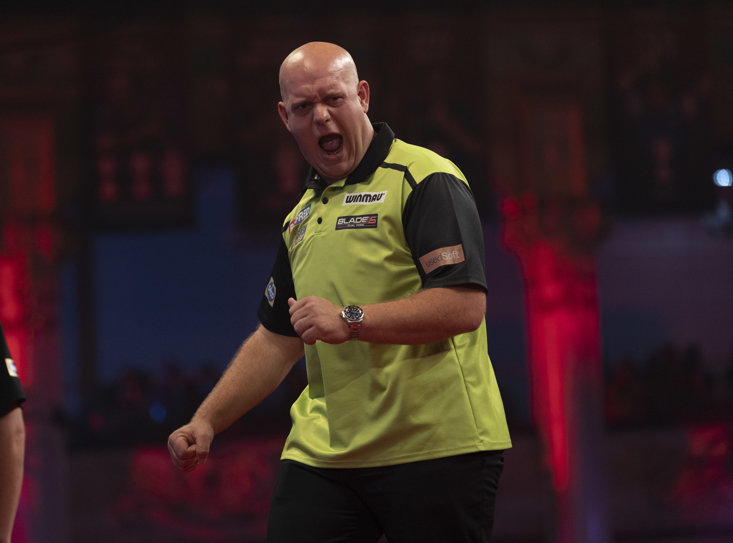 It wasn’t vintage Michael van Gerwen but the three-time world champion is through to the World Matchplay semi-finals for the first time since 2016 after beating Nathan Aspinall 16-9.

It’s been an underwhelming season by MVG’s standards but his first semi-final in this competition in five years will be a huge weight off of his shoulders. Although he’ll need to up his game when he plays the aforementioned Peter Wright on Saturday night.

While the Dutchman wasn’t at his best tonight, he still had to work to overcome a tough Aspinall, who gave absolutely everything. Van Gerwen’s best work came in the latter stages of the tie, winning the final three legs in 36 darts.

Speaking after the win, Van Gerwen said, "Normally in the last few games or year I probably would have lost because of the moment I was in but I never give up, I always give 100 per cent and it's not always nice but we have to fight. Then games like this don't matter, you want to win.

"I'm really looking forward to tomorrow, first I need to cool myself down and analyse my game because I made a lot of mistakes here so I need to make sure I'm doing it better tomorrow. To be playing Peter Wright in the semi-final I think is a fantastic game for the crowd to watch."