Peter Wright has become a two-time world champion after an enthralling final that saw him overcome Michael Smith 7-5. From 5-4 down, with the crowd on the Englishman’s side, he produced key darts in the big moments to become world champion for the second time, having won here in 2020.

It was an enthralling encounter from the first dart, even if both players by their own admission have played better during this tournament. Smith bagged back-to-back 180s in the opening leg but couldn't finish it off before more nervy finishing from both players, saw Smith win a remarkable 28 dart leg (the worst of the entire tournament) as both players struggled with early nerves. Wright just had enough to seal the first set, but given what we have seen from both players throughout the tournament, they were far from at their best.

A stunning 148 finish from Snakebite broke a misfiring Smith in the second and sealed the set with another impressive finish to go 2-0 up. When experience was a clear factor, the 2020 winner had the upper hand and quickly took the initiative in the final.

A 167 finish from Smith allowed him to break his opponent and win set three and he just about had enough about him in a thrilling end to set four. Wright had the darts to go into a 3-1 lead but crucially missed two doubles, before Bully Boy checked out with D16. After a ropey start, he was back on level terms. 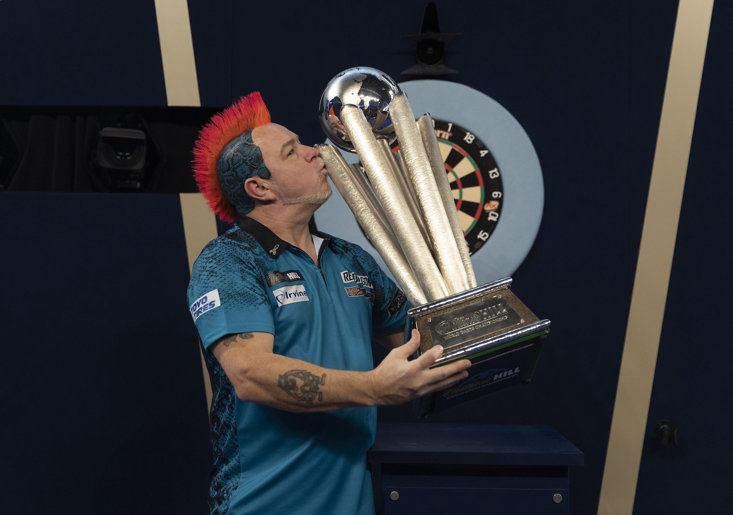 In set five, Smith hit his 72nd 180 of the tournament to break Gary Anderson’s record, but he couldn’t make an impact on Wright who managed to win the set, despite averaging less than 100. In a to-and-fro contest that was enthralling from the first moment, Smith got himself back on level terms. He broke Wright in the final leg of the sixth set, having nailed a 180 and returned to hit a D8 and bring parity once again.

From 2-0 down, Smith then went 4-3 up without dropping a leg, against the throw, against one of the very best. That seventh set was a big shock to the world number two, and the first 3-0 of the final. Five legs in a row had swung the final in his favour, briefly.

Snakebite’s experience means that even when the match seems like it is getting away from him, he is able to keep it together. He broke in the opening leg to stop the run of lost legs and then nailed a D9 to level the final. In the most dramatic of circumstances, just past the halfway point, we were all square once again and it was impossible to call the winner.

In the ninth, the tension returned to the match as both players saw their average dip to around the 90 mark, however, Wright got the better of the exchanges early on. It took something special from Smith to turn the set around and remarkably, he came back when it looked like the set had escaped him. Snakebite missed two darts to secure the set and when given a second chance, Wright landed a D13.

That finish seemed to get him back on track as he hit a 180 in the opening leg of the tenth set and nailed a D12, before going 2-0 up to pile the pressure on his illustrious opponent. However, as we have seen, Wright has a load of bottle, and broke back immediately to keep the set alive, before levelling at 2-2 with ease. In the final leg, he once again held his nerve to land a smart 84 finish and make it 5-5 on the scoreboard. From two legs down and in danger of going 6-4 down, Snakebite showed his ultimate class under pressure to level the scores.

The 11th set was Wright’s best of the lot. He swept through without dropping a leg and kept pressing his opponent into mistakes when it came to the finish. Snakebite hit a D18 to take the set and Wright just kept on pushing and went 2-0 up in the deciding set as Smith struggled to keep pace with him.

At the key times in the match, Wright came up with the shots he needed. A double 16 secured the title and the 2020 champion is now the 2022 champion, and a nine-time major winner. He walked up to the board and kissed it as the final dart went in but for Michael Smith, it is another lost final. He has not yet got over the line in a major and was clearly hurt by the defeat on stage, as it sunk in that his hard work over the past few weeks has not returned the major trophy he so desired.