After eight days of incredible darts drama, it all came down to reigning champion Dimitri van den Bergh and 2017 finalist Peter Wright for the right to lift the Phil Taylor Trophy.

‘Snakebite’ Wright produced one of the greatest performances in Betfred World Matchplay history in his semi-final win over Michael van Gerwen, and he capped off the tournament with a similarly scintillating display in Sunday night’s final, outclassing the Belgian with an 18-9 win at the Winter Gardens in Blackpool.

Wright had vowed before the competition that he would win it, and he certainly paid good on that promise. Van den Bergh credited Wright's influence following his Matchplay triumph last year, having stayed at Wright’s house during lockdown, but his former roommate was relentless in his bid to capture his first World Matchplay win and left the 27-year-old with little chance of becoming only the fourth man in Matchplay history to successfully defend his title. 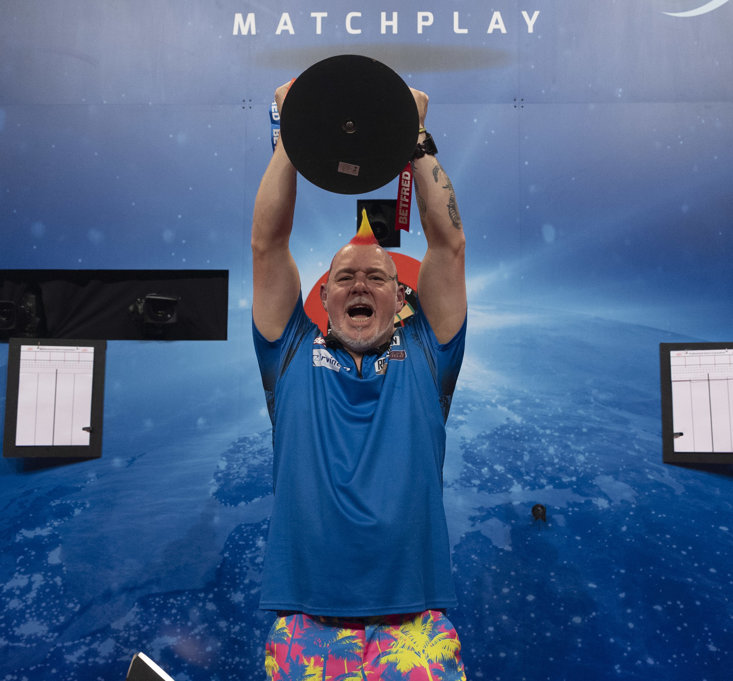 Van den Bergh played admirably and has had a phenomenal competition over the last week or so but an in-form Wright was simply too good on the night. The Scotsman made a dream start under the lights of the Empress Ballroom and never really looked back, wrapping up his fourth major ranking title with a 105.9 average and ten 180s.

It’s been an incredibly successful period for the 51-year-old who has over the last 18 months become European champion, world champion and now the proud owner of his first World Matchplay gong.

Speaking afterwards, Wright dedicated his win to his wife, Jo, who has recently recovered from serious surgery before going on to praise his “special friend” van den Bergh.

“To beat last year’s Matchplay champion Dimitri – he is a very special friend. He’s just proved to the world how he can play.

“Obviously he missed a lot of doubles and let me in today, otherwise it was very difficult work to get this off of him.

“He is a [future] world champion. It’s an amazing-looking trophy and Dimitri worked really, really hard last year when he was round mine.

“He was on the board from 9pm to 12pm every night. That’s why he won it, but he is a better player now."