Football
News
An unlikely partnership has been formed between the duo that could fire France all the way to glory this summer
Gary Maiden
06:55, 28 Jun 2021

Despite being drawn in the ‘Group of Death’ alongside reigning champions Portugal, powerhouses Germany, and plucky Hungary, France justified their tag as pre-tournament favourites and finished top in qualifying for the last 16.

It wasn’t empathic, with just one win out of three including a 1-1 draw with the Hungarians, but it was comfortable.

Heading into their final group game against Cristiano Ronaldo’s Portugal, Didier Deschamps’ side had, more or less, secured their progression.

Still wanting to top Group F, they put out a strong side including stars such as Kylian Mbappé, N’Golo Kante, Antoine Griezmann, Karim Benzema and Paul Pogba.

The last name on that list is no stranger to English football fans, and while his performances for Manchester United are regularly called into question, his importance to Les Bleus is beyond doubt.

Pogba has brought his wand with him to Euro 2020, using his magical ability to pick out pin-point passes for the attacking flair ahead of him. 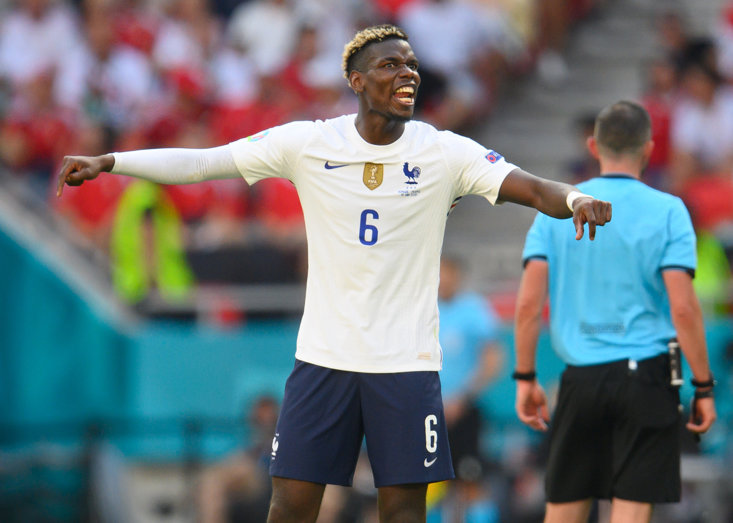 And with that, an unlikely partnership has been formed that could fire France all the way to glory this summer.

Sure, the reigning world champions were the favourites heading into this summer’s spectacle, but in terms of deadly partnerships, the likes of Kevin De Bruyne and Romelu Lukaku, Bruno Fernandes and Cristiano Ronaldo, even Phil Foden and Harry Kane were being talked about with more conviction.

Even focusing on France, if any player was supposed to benefit from the wizardry of Pogba, the experts continually told us that Mbappe was that man.

Not quite, although the 22-year-old could spring into life at any point.

Heading into the knockout stage, it’s the budding relationship between Pogba and Benzema that should have the French fans dreaming of even more glory on the biggest of stages. Their 2-2 with Portugal in Budapest suggested that this partnership was clicking into gear when it mattered most.

Pogba had already shown the rest of the tournament why he cannot be afforded space by clipping an inviting ball over the top for Mbappe to run onto, only for the Paris Saint-Germain star to have his break into the box cut short by Nelson Semedo. A penalty was awarded, and up stepped Benzema to tuck it away.

Minutes after the interval, Pogba curled one of the passes of the tournament into the path of Benzema, and the Real Madrid man expertly fired his low shot into the far corner. VAR had a look, but the goal rightly stood, and the France faithful celebrated a move that deserved to win any game. 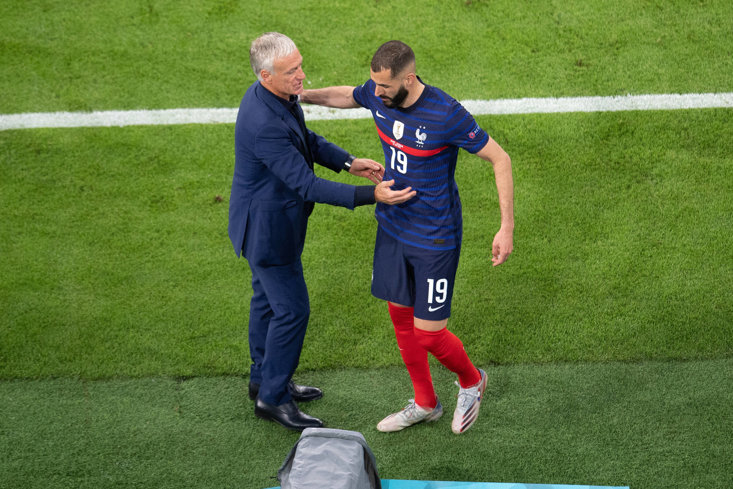 It didn’t, as Ronaldo bagged his second of the game and fifth of the tournament to rescue a draw and book Portugal’s spot in the last 16.

Any pundit worth their salt will tell you that the tournament really gets going after the group stages, so the fact that France couldn’t hold on for a win mattered little.

They were through, they had topped the group, and the newly-formed partnership of Pogba and Benzema had shown glimpses of what was to come.

Take into consideration that Benzema’s brace against Portugal represented his first international goals in six years, and you soon understand why he wasn’t being talked about as a major player heading into the summer.

With Switzerland up next in Bucharest, Vladimir Petković will be hoping that the newly-formed magical double act of Pogba and Benzema leave their box of tricks at home.

If not, it could be a long night for the Swiss against a French outfit that have topped a so-called ‘Group of Death’ without getting out of second gear.