Motorsport
News
After a year away, the Monaco GP returns to the F1 calendar and it's shaping up to be closer than ever
Kieran Spratt
09:00, 20 May 2021

The battle between Red Bull and Mercedes is expected to be closer than ever at the Monaco Grand Prix on Sunday and Lewis Hamilton even believes that the Austrian stable could just about edge it.

The Monaco GP, Formula One’s most legendary race, returns with a bang this weekend after being left out of last season’s calendar for the first time since 1954 when it fell victim to the Covid-19 pandemic, and there will be a limited attendance of 7,500 fans per day watching on from the streets of Monte Carlo.

Thanks to back-to-back wins at Bahrain and Barcelona, Hamilton holds a 14-point gap at the top of the Drivers’ Championship ahead of Red Bull’s Max Verstappen. The Brit has won three times at Monaco from 13 attempts, including the most recent edition in 2019, where he edged out the Dutchman.

That race two years ago could prove to be a precursor to this year’s instalment, although Hamilton believes that Red Bull will be pushing even harder this time around.

"I don't really know what to expect with this car,” said the 36-year-old.

“Red Bull were very close two years back, and if you see how small the gap between us is now, it's quite possible that they'll be here in front of us again."

Thanks to the tight nature and sheer proximity of barriers around the Monte Carlo circuit, the ability and boldness of the drivers could come to the forefront and it means that Saturday's qualifying session could be the most important of the season, with whoever starts in pole position often finding themselves at the top of the pack when it comes to the podium.

"Overtaking is very difficult. There are races on the calendar that are a lot more fun, especially for us drivers. But it's also always cool to be back here after a year away." 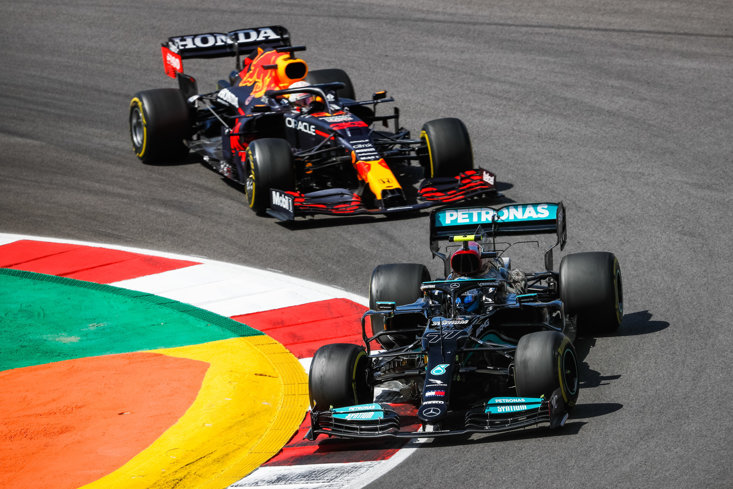 Verstappen finished second behind Hamilton in 2019 but was given an unsafe release time penalty after making contact with Valtteri Bottas in the pits, relegating him to fourth, meaning the 23-year-old has yet to land a podium finish in Monaco. Having finished in the top two in the four previous races of the season so far though, he will likely be in contention.

There’s certainly a bit of bite in this blossoming rivalry, with Hamilton suggesting that Verstappen has a lot to prove after a number of near-misses racing wheel-to-wheel with one another.

"I think I have done well to avoid all the incidents," Hamilton said. "But we have 19 more [races] and we could connect. He feels he perhaps has a lot to prove. I'm not in the same boat."

Verstappen responded: "I have nothing to prove and avoiding contact goes both ways. So we have done well."

Things are definitely heating up on the grid this season - expect fireworks in Monte Carlo this weekend.