Football
News
Wolves midfielder Moutinho insists the Selecao can bounce back from their shock defeat to Germany against France
Hector Nunns
08:32, 23 Jun 2021

Joao Moutinho is adamant that defending champions Portugal are more than ready to seal a last-16 place against world champions France to keep their back-to-back bid alive.

The ‘Group of Death’ - Group F - serves up yet another mouth-watering clash on Wednesday night in Budapest, Hungary as Fernando Santos’ team look to recover from the shock 4-2 loss in the second game to a rejuvenated Germany.

Wolves midfielder Moutinho, 34, can still point to Cristiano Ronaldo as the squad veteran, with the team’s talismanic striker set to add to his record of 23 Euro finals appearances on Wednesday.

And the playmaker knows Portugal could still finish top of Group F with victory, with a point definitely enough to guarantee a spot in the knockout phase. But Moutinho, with 133 caps to his name and 888 career games under his belt, realises the Selecao must banish the demons of the damaging Germany defeat – one that included two own goals in four minutes, from Ruben Dias and Raphael Guerreiro.

A heavy defeat could yet still see Portugal crash out and see their title defence come to grief at the first hurdle.

Ahead of a repeat of the 2016 European Championship final in Paris, Moutinho said, “The bad mood and the pain in your gut after the defeat with Germany - it’s history already.

“Obviously, the losers of such a great match is going to feel very differently at the final whistle to the winners.

“We were all very upset about the result in Munich and now we have to be realistic and pragmatic, and think about getting through to the next round. 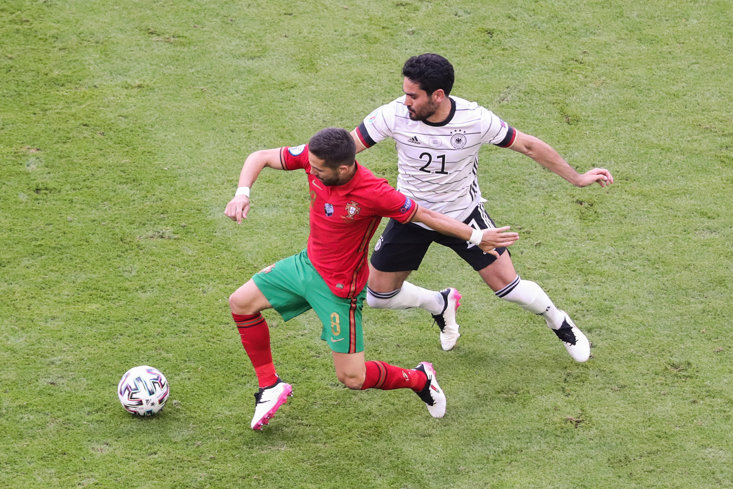 Joao Moutinho in action against Germany

“Most of all we aim to correct the wrong image we’ve shown the world against Germany. We’re not a defensive team and the 3-0 win over Hungary proves it.

“France is of course another strong opponent but we too, we’ve shown the world our quality. We’ll have to be very focused to overcome France.

“This competition requires endurance, you win it match after match. Things did not work out for us against Germany.

“But like we were not the best on the planet before the match, we are not the worst ones after those 90 minutes.

“France has a big team. We can highlight the three great players up front, Benzema, Griezmann and Mbappé but they have several other top quality players who can do a lot of damage.

“However we have already overcome other good teams in our history and that’s the spirit we need for the 90 minutes: we’ll try to impose our game on them to win it.

“Besides you won’t see two players scoring own goals like we were unfortunate enough to see in the match with Germany.

“It was very tough, but we can remember the positive things we did in the match.”

Though Ronaldo leads the way on games played in at the European Championships final stages, both Moutinho and team-mate and centre-back Pepe will tie former Germany international Bastian Schweinsteiger in second place on 18 on Wednesday if they get onto the pitch. ​​​​​​

And that tally would see the pair both overtake the total of Italy goalkeeper Gianluigi Buffon.

Ronaldo’s record in the tournament is truly astonishing - five final phases of the competition, having played six matches in Euro 2004, three in Euro 2008, five in Euro 2012, seven in Euro 2016 and now two and counting in this delayed edition. 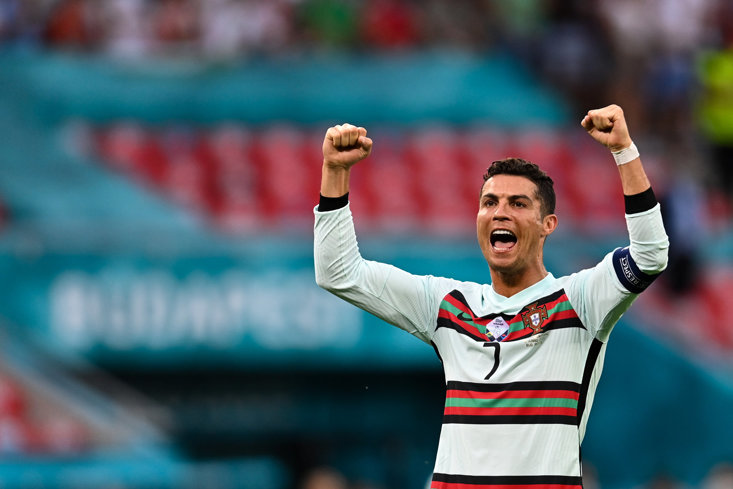 But Moutinho’s own contribution is none too shabby, and not just because he provided what could generously be called ‘an assist’ for Eder’s winning goal in the final against France at the Stade de France back in 2016.

He has helped Portugal in the European Championships since the 2008 edition in Austria and Switzerland. And Moutinho has only missed one match for Portugal in the last four stagings of the competition - that against Croatia at the last-16 stage in France five years ago.

As well as giving great service to his country, the technically gifted Moutinho has been hugely appreciated during his three seasons in the Black Country in England – proving great value for the £5million paid to AS Monaco.

He has played 137 matches for Wolves in that time, running and dictating the temp of many matches if only weighing in with three goals, and still has one year more remaining on his contract at Molineux.

Many Wolves fans would be sorry to see him go, but there has been talk of a return to Portugal and former club Porto, where Moutinho spent three years earlier in his career from 2010 to 2013.

But like several other players during the tournament, you are unlikely to hear Moutinho speak about his personal club future while Portugal remain alive in kicking at Euro 2020 – and the odds are in favour of that continuing beyond Wednesday.