Football
News
The Hoops return to the Champions League for the first time in five years
Graham Semple
10:55, 13 May 2022

The affection and appreciation for Ange Postecoglou and his players was never more evident than in the early hours of Thursday morning.

Celtic fans of all ages braved plunging temperatures and assembled outside the doors at Parkhead for an impromptu title celebration. It was a party filled with colour, exuberance and expression - as the crowd waited patiently for the return of the newly crowned champions.

Supporters serenaded players and management on arrival from Dundee, and pyrotechnics and fireworks turned the night sky green. Such scenes of jubilation seemed improbable just 12 months ago. Celtic was directionless and riddled with indecision last summer, yet the hierarchy managed to unearth a gem in Japan.

Postecoglou inherited a demoralised squad after a campaign of turmoil. The turnover in players was significant, but an excellent recruitment drive led by the Australian is primarily why the league trophy will reside at Celtic Park for the 10th time in 11 years. Kyogo Furuhashi, Cameron Carter-Vickers and Jota have been standouts, but almost all reinforcements have contributed.

After making their worst start to a campaign in 23 years, a season of transition looked likely for Celtic. Three defeats in six league games painted a bleak picture, but an emphatic response to a stuttering opening quashed any notion of Postecoglou being out of his depth. The champions are unbeaten in 31 matches, and 93 points is achievable with victory over Motherwell on Saturday. 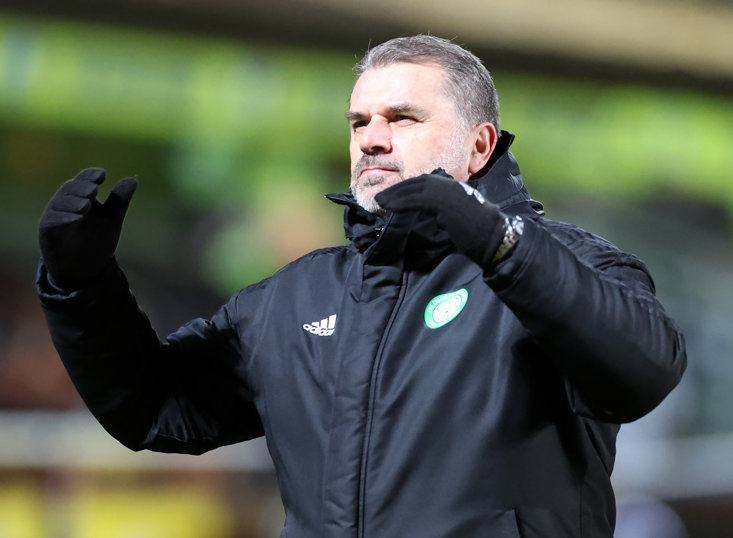 POSTECOGLOU HAS HAD A MASSIVE EFFECT AT PARKHEAD

Celebrations will continue in Glasgow and beyond in the summer months, but thoughts will eventually turn to the future. With Champions League group stage football assured, Celtic can enjoy the rarity of a full pre-season without interruptions for qualifiers. With money in the bank, a settled squad and assets on long contracts, the revolving door at Lennoxtown is no longer required.

The 2017-18 season was the last time Celtic graced the Champions League proper. The financial gap between the wealthiest clubs and the rest has risen considerably in their absence, and competing against the elite will test the spirit and resolve of Postecoglou’s squad.

Brendan Rodgers was the last manager to lead Celtic in the Champions League - and he refused to be associated with pragmatism. The Hoops were expansive and accommodating against Europe’s finest, and damaging defeats frequently followed.

Rodgers has become less stubborn since his return to England, and it’s not unusual for Leicester to vary their strategy depending on the quality of the opponents. Postecoglou has developed a winning formula domestically, but he will need to be more circumspect and varied in the Champions League.

During their latest European campaign, Celtic were far too open in midfield, leading to issues on the counter-attack. Callum McGregor, who works tirelessly, was often swamped and overwhelmed due to the lack of support and energy alongside him. Tom Rogic and David Turnbull are quality technicians, but neither is renowned for their defensive capabilities. Reo Hatate and Matt O'Riley are possible options, yet it is too early to tell if either possesses the physicality to thwart high-calibre opposition.

An imposing midfielder should feature prominently on Postecoglou’s summer shopping list. Celtic and Rangers teams that have performed well in Europe this century have tended to have at least one defensive-minded sitter patrolling and protecting the backline.

It may sound uninspiring, but third place in the group stages would be a decent return for Celtic - it would allow them to chase a deep run in the Europa League. For too long, domestic matters have consumed the champions. A club with a proud European heritage should always have aspirations beyond these shores, and domestic bliss should be embellished with memorable continental adventures.

Champions League involvement is part of the reward for winning the Premiership title. This weekend, the home fans will gather to salute a manager and a squad that have exceeded all expectations.

Postecoglou and the supporters have formed a strong connection, and the lifting of the championship trophy will only strengthen that bond.