“We have a pretty good idea of what our strongest team is.”

Gareth Southgate was disappointed but not flustered after the 1-0 defeat in Hungary. It was a match that didn’t do anything to help England’s fringe players as the likes of Trent Alexander-Arnold and James Justin failed to impress, but how will the Three Lions line-up at the World Cup in November?

Southgate knows his strongest team, and we’ve taken an educated guess on what that might be, in his favoured 5-2-3 formation.

No doubt about it. England’s best goalkeeper since David Seaman and penalty saving expert Pickford, is Southgate’s tried and trusted number one. Given his wonderful performances in major tournaments, he will surely start in Qatar.

Trent Alexander-Arnold hasn’t played well for England and doesn’t seem to fit the system, so the right wing-back position comes down to Kieran Trippier or Reece James. The Chelsea man may have given away the penalty in Budapest, but we think Southgate will just go for him above the reliable Trippier.

One of England’s most important players. He showed at Euro 2020 just how vital he is and his pace is needed in tournament football to get the other defenders out of sticky situations. If it's a back four, he will start at right-back, if it's a five, he’ll be in that centre-back role.

Experience at major tournaments is so important and John Stones is still one of England’s most important defenders. He could do with more game time and Manchester City, but he should start in Qatar.

Fikayo Tomori and Marc Guehi are the future, but the present is Maguire. The much-maligned Manchester United defender had a poor season, but has still produced for England and his threat from set pieces is unmatched. Hopefully his confidence will return under Erik ten Hag.

The lack of options in this area could hurt England, but hopefully Ben Chilwell will return to full fitness and Shaw will get his form back. The goalscorer from the Euro 2020 final has attacking ability and experience, which should see him start in Qatar. 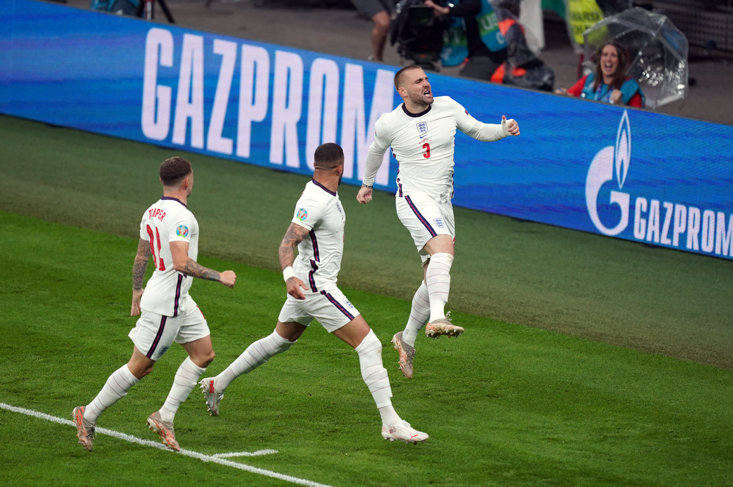 A guaranteed starter for Southgate. England’s best central midfielder and the beating heart of this side. His ball-carrying ability will be crucial for the Three Lions and he was seriously hurt by the Euro 2020 loss. He’ll want to produce.

A big call, but Bellingham has just shown enough to edge out both Kalvin Phillips and Jordan Henderson. Henderson has immense experience and Phillips was a rock at Euro 2020 but injuries have hampered his progress. At the moment Bellingham is in the driving seat.

England’s most talented player. End of discussion. Bukayo Saka started the Euro 2020 final and has been in sensational form, but there’s no way Phil Foden doesn’t start for England at this World Cup. Southgate knows he must be included, with Saka the perfect option off the bench.

England’s captain and soon to be the highest international goalscorer this country has ever had. He starts every match, but Tammy Abraham is a talented understudy.

There are always contenders for the forward spots, with Jack Grealish a worthy option, but Sterling saves his best work for his country. Critics questioned his selection at Euro 2020 and he was England’s top goal scorer. That sort of consistency doesn’t get overlooked by Southgate and he could produce magic again. 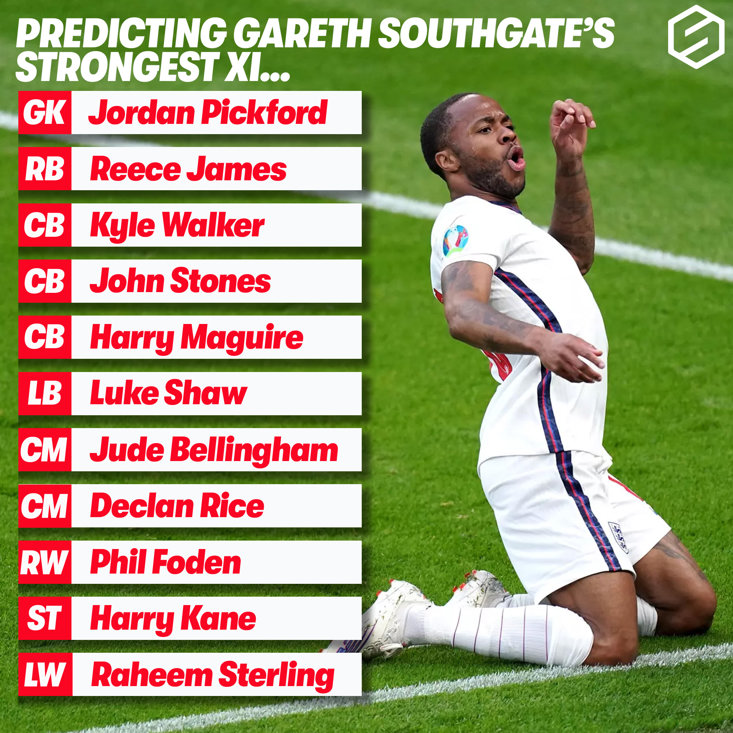 x
Suggested Searches:
The Sportsman
Manchester United
Liverpool
Manchester City
Premier League
More
football
Relentless England Give Another Second Half Masterclass In Final...
For the second time in a week, a dominant second half performance showed the strength of England’s [ ... ]
football
Five South American SPFL Stars Whose Footsteps Celtic New Boy...
On Thursday morning, Celtic confirmed the signing of Argentinian left-back Alexandro Bernabei from Club [ ... ]
football
LIVE Transfer News: Lukaku Completes Inter Milan Return
Good morning and welcome to The Sportsman's LIVE transfer blog, where we will be bringing you all [ ... ]
football
Carson Pickett Becomes First Player With Limb Difference To...
Carson Pickett has made history, becoming the first limb difference player to play for the United States [ ... ]
football
Happy Birthday Troy Deeney: Here Are The Most Memorable Championship...
Iconic EFL Championship striker Troy Deeney turns 34 today and everyone remembers his dramatic goal [ ... ]
football
Style And Substance: The Lowdown On Manchester United New Boy...
While Manchester United fans were busy scouring the internet for crumbs of information on Frenkie de [ ... ]
football
Online Hate Crimes Will Now Result In Football Banning Orders...
People who are convicted of football-related online hate crime can now receive banning orders that prevent [ ... ]
football
LIVE Transfer News: De Jong, Raphinha & More
Good morning and welcome to The Sportsman's LIVE transfer blog, where we will have you covered for [ ... ]
football
Football Docs To Binge On Amazon Prime Before All Or Nothing:...
The much-anticipated All or Nothing: Arsenal documentary finally has a release date! The story of the [ ... ]
football
From Stadium MK To Wembley: Our Women's Euro 2022 Stadium Guide
Euro 2022 is edging closer and England is all set to welcome fans from across the continent to witness [ ... ]
football
Newcastle United Finally Get Their Man As Sven Botman Signs
Newcastle United have confirmed the signing of Dutch centre-back Sven Botman from Lille for an undisclosed [ ... ]
football
Chelsea Close To £55M Deal For Leeds United's Raphinha
It’s the transfer window that just keeps giving!  Chelsea are now reportedly close to agreeing [ ... ]
football
Happy Birthday Kevin De Bruyne: The City Man Could Be In For...
Kevin De Bruyne turns 31 today and while he can expect no shortage of presents, he is a man with more [ ... ]
football
Forget Transfers, Here Are The Players That Could Improve Their...
The transfer window offers a twice-a-year opportunity for clubs to re-jig their squads, shift the deadwood [ ... ]
football
Success Or Failure? Every EPL Club's Most Expensive 2021-22...
The summer transfer window is well underway and fans across the Premier League are demanding that their [ ... ]
football
Netherlands Striker Miedema Feels Euro 2022 Can ''Put Women's...
Netherlands international Vivianne Miedema believes that this summer’s Euro 2022 in England is [ ... ]
football
LIVE Transfer News: Raphinha, Sven Botman & More
Good morning and welcome to The Sportsman's LIVE transfer blog, where we will have you covered for [ ... ]
football
Richarlison Over Antony: The Transfers Man United Need To Do...
With Manchester United’s summer business continuing to revolve around Frenkie de Jong, discussion [ ... ]
football
How Arsenal Can Get The Best Out Of Gabriel Jesus As £45m Deal...
Arsenal are closing in on the signing striker Gabriel Jesus from Manchester City in a deal [ ... ]
football
Four Number 17s Sadio Mane Will Look To Live Up To At Bayern...
Sadio Mane is embarking on a new adventure with Bayern Munich, having ended his six-year love affair [ ... ]
football
Arsenal Keeper Matt Turner's Journey To The Prem Has Had Many...
It’s all systems go at the Emirates Stadium with Arsenal acting swiftly to bolster their squad [ ... ]
football
£170M! The Long-Term Cost Of Chelsea's Horror Romelu Lukaku...
Romelu Lukaku’s loan return to Inter Milan is imminent and just one year after Chelsea paid £97.5m [ ... ]
football
The Third Best Stadium In Glasgow, Hampden Park Desperately...
From the 10-goal thriller between Real Madrid and Eintracht Frankfurt in the 1960 European cup final [ ... ]
football
Premier League Meets Primeira Liga: Why English Clubs Are Raiding...
As Premier League clubs frantically try to assemble squads that will improve their lot this season, [ ... ]
football
Transfer News: Gabriel Jesus To Complete Arsenal Switch
The latest news from the football world sees Manchester City and Arsenal linking up once again, this [ ... ]
football
Burnley Manager Vincent Kompany Talks Transition, Transfers...
Vincent Kompany was a fine footballer – but can he cut the mustard as a manager? The former [ ... ]
football
Clowes’ Bid Accepted For Derby County As Rosenior Is Named Interim...
It’s been a torrid season for Derby County fans, ending in relegation to League One, but [ ... ]
football
Man United, Chelsea And Newcastle Linked With Neymar Ahead Of...
Following reports that Neymar is considering leaving PSG this summer, it is now being claimed that only [ ... ]
football
LIVE Transfer News: Chelsea Chasing Sterling & De Ligt
The final day before the Premier League clubs begin their pre-season training and there's [ ... ]
football
European Champions On 10 Days Notice: 30 Years On From Denmark’s...
“Our sponsors were not prepared for us to go, so what we had was the Under-21s kit. When you look [ ... ]