Boxing
News
There is more to the big night on Saturday than the main event itself
Joey Mills
14:55, 05 Nov 2021

The undisputed super middleweight title battle between Saul ‘Canelo’ Alvarez and Caleb ‘Sweethands’ Plant is not the only top-class action taking place in Las Vegas on Saturday night. The undercard also features its fair share of quality boxing, with former world champions returning and a host of unbeaten prospects taking the next step on their journey. Here’s a breakdown of what you can expect in the run-up to the historic main event.

‘The Dog’ continues to be an enigma. On the one hand, he’s a two-time super middleweight world champion with high-quality victories over Caleb Truax, Sakio Bika, Avni Yildirim and Marco Antonio Rubio. On the other, Dirrell is without a win in his last two fights, and at 37 he appears to have entered the last chance saloon.

The brother of 2004 Olympian and former Carl Froch opponent Andre, Dirrell looked every inch the can’t-miss prospect before he faced Bika for the WBC title in 2013. After fighting to a draw with the awkward Australian-Cameroonian, questions began to creep in. He decisioned the champion in a rematch 10 months later, but has endured mixed form since.

Dirrell dropped his newly-won strap to Badou Jack in his first defence, and it took him four years to secure another shot at the gold. In 2019 he defeated former Canelo foe Yildirim for his old WBC belt, but once again his reign would be brief. This time, David Benavidez relieved him of the championship inside nine rounds. He is without a win since, having drawn his last bout against the lightly-regarded Kyrone Davis.

Saturday night is a chance for Dirrell to revitalise his career, and Hernandez seems an appropriate foil against whom to do so. ‘Madman’ is coming off a win over unbeaten but unheralded Jose Armando Resendiz, but has nothing on his CV to suggest he can trouble Dirrell. While there are two draws on his record, Dirrell has only been beaten by world-class fighters, so the pick is for him to rebuild with a much-needed victory here.

Dirrell is 1/4 with Betfred for the win, Hernandez 3/1 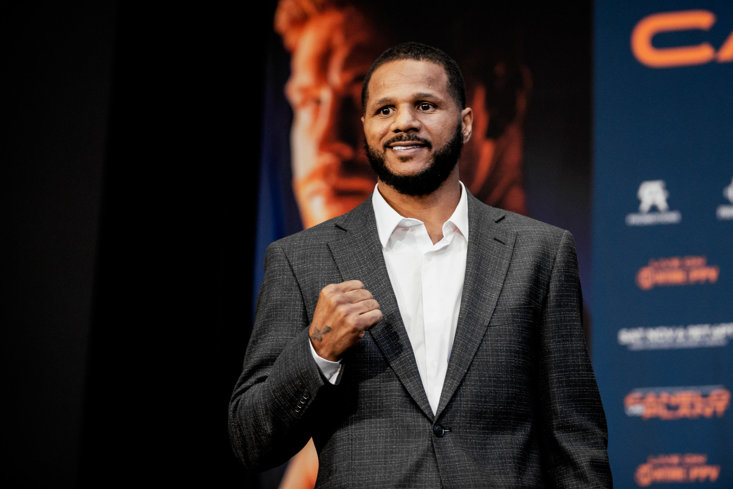 DIRRELL HAS THE CHANCE TO REVITALISE HIS CAREER

Unbeaten former world champion Rey Vargas looks to get his career back on track after suffering a broken leg last year which saw him stripped of his WBC super bantamweight title. His clash with Leonardo Baez will be his first fight in nearly two-and-a-half years.

Vargas won the championship on British soil, defeating Doncaster’s Gavin McDonnell for the vacant belt in 2017. The 30-year-old Mexican racked up five defences of his crown, before being made ‘champion in recess’ during his lengthy recovery.

Understandably after such a lengthy lay-off, Baez is a rather straightforward opponent for Vargas. A fellow Mexican, Baez has been beaten every time he has stepped up in class. Jason Maloney is the biggest name on his record, and he was stopped by the Australian former world title challenger.

The result is not as important as the performance here. Vargas will be looking to get his sharpness back before pursuing his old belt, currently held by unbeaten American Brandon Figueroa.

Talented Cuban Rances Barthelemy returns in what looks like a one-sided bout on paper. The former two-weight world champion has mixed at a far higher level than his Argentine opponent, and should have no problem taking home a convincing win.

Barthelemy can blow hot and cold, but the chillier performances usually come at a high level. He drew with Robert Easter Jr for the WBA lightweight title in 2019, a fight in which both men were criticised for their lack of activity. He was also beaten by Kiryl Relikh in a fight for the vacant WBA light welterweight strap, dropping a decision to a fighter he had beaten in his previous fight.

Do not expect such complacency in Las Vegas on Saturday. Vittori has mostly plied his trade in his homeland, and has never seen a fighter like the mercurial Cuban. The pick here is Barthelemy inside the distance.

Unbeaten super featherweight Jose Manuel Gomez looks likely to improve to 13-0 against the moderate Jose Antonio Meza. Mexican flyweight Joselito Velazquez should have too much for Gilberto Mendoza. The 7-0 super flyweight Jan Salvatierra goes in with Fernando Diaz in the opener.