As the 2018/19 Premier League season ventures into the final two weekends the discussion is glued on the title race, top-4, and the fight for survival. There’s also the gripping battle for the Golden Boot, an award a number of players can still win, and the Golden Glove. However, these are not the only individual honours up for grabs.

Last season the Premier League Playmaker award was introduced for the first time, to the player who accumulated the most assists. Kevin De Bruyne grabbed the spoils in its debut year, registering a whopping 16 assists during Manchester City’s record-breaking campaign.

The Belgian, who bagged a league-high 18 assists the season before that, has since endured a frustrating 2018/19 campaign as injury has restricted the playmaker to just 18 league appearances; completing 90 minutes on just four occasions. As a result his attacking statistics have been minimal; recording just the two goals, and two assists.

What a season he’s having. The Scot has amassed more assists this season (13) than the combined total of his previous five league campaigns. Three of which have come in his last three games, and with Tottenham at home and Crystal Palace away, he’ll have the top gong in his sights. Fraser’s superb season has reportedly caught the eye of the league’s top teams, with Arsenal, Chelsea, and Spurs all interested in the winger’s services.

Tied at the top alongside Fraser we have Eden Hazard who, if the not so quiet Chinese whispers are to be believed, is off at the end of the season. Hazard, alongside Leroy Sane, are the only players to have hit double figures in goals (16) and assists so far this season. There’s still all to play for with Chelsea bidding for a top-4 finish and Europa League success, and it would surprise few if the Belgian was to add to his assists tally against Watford and Leicester. 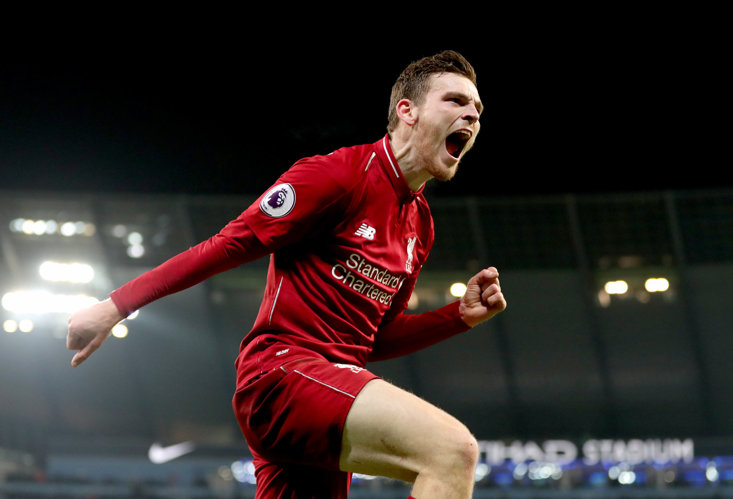 Jet-heeled Andy Robertson is having a stunning season

Since Spurs snapped him up for a bargain £11m in 2013 the Dane has garnered a sizeable 64 Premier League assists, hitting double figures in his last four seasons, including the current campaign in which he’s penned 12. There’s only two games to go but the Real Madrid-linked Spurs star still has time to sprinkle his magic and scoop the Playmaker award.

You’d be forgiven for being absolutely shattered just watching the jet-heeled Andy Robertson making his trademark lung-busting runs up and down the left-flank. It really is a sight to behold. The Scot’s speed and stamina is sensational, but the roaring runs aren’t just for show, with the left-back setting up 11 goals to date. Phenomenal figures for a defender. He needs just one more from his final two games to break the record for a defender (Leighton Baines and Andy Hinchliffe also recorded 11).

The Man City teammates are the only other two players in double figures, with 10 assists each. Both wingers were also in the mix for the award last season, with Sane setting up 15 goals - one off the victor De Bruyne - while Sterling ended the campaign with 11 to his name. City’s final games are against Leicester and Brighton.