Football
News
Karren Brady declared the league should become null and void. Of course she would...
Rebecca Knight
16:00, 18 Mar 2020

We all know a Karen, don’t we. The proverbial I need to speak to the manager type, and while most of them are making sure they’ve got enough loo roll and packets of pasta to survive the apocalypse, one Karen (well, Karren – two r’s, double the fun apparently) was busy making sure self-interest ran rife in the wake of the fallout from coronavirus.

West Ham’s vice-chairperson, Karren Brady decided to write a column about how the season simply had to be declared null and void in the wake of the suspension, which could of course last far longer than the current month pencilled in.

Some are saying we could be looking at September – at the earliest – before football resumes. Now, cancelling the season, or even putting it back, will cause a huge amount of problems for a lot of clubs.

Predictably, Liverpool fans were the angriest at this suggestion, given how they’ve amassed such a lead at the top of the table, but once the dust settled, it became very clear that the single biggest reason Lady Brady mooted this suggestion was because her side are seriously threatened by relegation.

Plenty of other people have been coming out of the woodwork with suggestions to benefit their former clubs as well.

Brady has since climbed down from this, and done the good old ‘moving to clarify’ her words, backtracking quicker than Frodo once he realised Samwise was not in fact the issue, no Elvish bread had been gobbled, and Gollum was actually quite the self-interested d*ck.

Her comments are a tiny microcosm of something that’s actually much larger in society at the minute – self-interest to the max. It’s been seen up and down sport, with teams and owners trying to protect their own assets, the Premier League trying to force players to carry on when clearly they were uncomfortable being used as ‘guinea pigs’, thank you, Wayne Rooney, for that phrase.

It’s a reminder that no matter how much money you have or earn, fears during a health crisis and worries for your family are real, valid and a huge concern.

Worries for football clubs are also prevalent. Yes, elite sides would be able to cope with a six-month layoff, but how about the so-called lesser clubs? Without the revenue from tickets, they won’t be able to carry on.

Of course, health comes first, and this is in no way suggesting we just play on at the minute when it’s not safe to do so, but the bigger clubs and governing bodies will need to help – and fast, or when we do come back to football, it might not look much like how we left it.

It won’t just be clubs who suffer either. Everyone in and around football will be impacted, even down to the journalists, video editors, presenters, stewards who work the games, the zero hour contract hospitality staff, the catering companies, the merchandise sellers outside the grounds, the Uber drivers who need work, the pubs who rely on footfall.

This is huge, and unprecedented, and we’re in no way equipped to deal with it acting as we currently are. 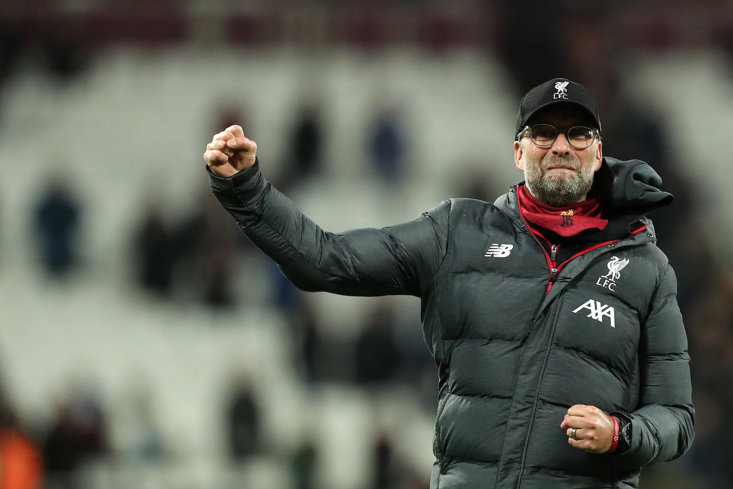 In a world of Karrens be more like Jurgen

The greed and selfishness in football over the last decade or so has been unlike anything we’ve seen before, and while some clubs and fans do come together to genuinely help one another, others are out for themselves, and themselves only – and how clear that’s become in the last week.

It could well get worse before it gets better, with out of stock loo rolls being the least of our worries if industries are put on hold for months, and people aren’t being paid and can’t afford to live.

Then we begin to look at the wider impact in society – stock-buying loo roll, so the elderly can’t access them. Sticking baby formula on Facebook Market place for five times it’s RRP. Sometimes, these situations bring out the worst in people. Panic can do that, but people being truly selfish to the core is also a huge factor.

In the darkness - and there is a lot of darkness right now for all of us – there is also light. Shopkeepers who bought up hand sanitiser to give it away for free to the people who need it most. Italians singing on their balconies in lockdown and applauding health care workers.

Football clubs giving away food prepared for the called off games to the homeless and food banks.

It’s that which we have to focus on at the minute, and remember that we have to band together in an unprecedented time of crisis. Yes, fear mongering will not help (Piers Morgan, I’m looking at you here), but we have to be realistic and understand what we are potentially facing.

Football is supposed to be about community, coming together and playing as a team. We need to be less Karren and more Klopp at times like this, and football can help lead the way if we do it right.