Football
News
The Red Devils have been very poor so far this season and they appear to have taken a giant step backward
Conor Keane
06:55, 15 Nov 2021

Although they bought big in the summer, Manchester United have not had the most enjoyable start to the 2021-22 season. The future of boss Ole Gunnar Solskjaer remains unclear and despite the return of Cristiano Ronaldo, who only would have rejoined if he felt the club could win Premier League, the Red Devils don't look like challengers for silverware if the first portion of the 2021/22 season is anything to go by.

BETFRED ODDS: 5/6 to finish in the top four

Won 3-0 against Tottenham Hotspur (A)

It’s been a frustrating start to the campaign for United with some bad results and some inexcusable performances that have intensified the pressure on Solskjaer’s position at the club. They have managed to pick up five wins but seem to have gotten progressively worse as the season has progressed. There is a clear lack of organisation among the players and the defending has been comical at times. The two home defeats against rivals Liverpool and Man City have summed up a very sour start to the term.

This season has been extremely disappointing so far. In terms of quality and football and momentum, Manchester United have struggled despite investing heavily. Ole seems to have reached his ceiling but the club still feel he can turn it around. Clouds of uncertainty have really hurt the Manchester United fans. 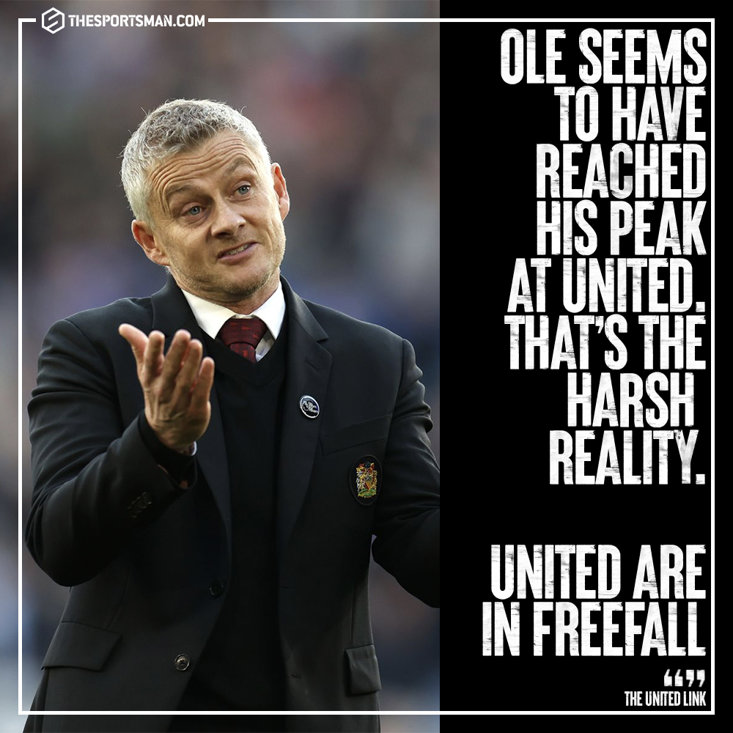 It is a worrying time for Solskjaer. A lot of money has been spent on this squad and having high-quality assets like Jadon Sancho and Donny van de Beek, who have found game time hard to come by, is not helping the Norwegian’s case, especially when results are not going to plan. Both these players arrived at Old Trafford with bags of potential and yet have not been given much of a chance, even with other players underperforming. The players who have been playing look disorganised and the defence looks to capitulate at any attack – it is really concerning. It seems that he has taken the club as far as he can.

Solskjaer seems to have reached his peak at Manchester United. That's sadly the harsh reality. Hope he can walk out with his head held high but at this moment, Manchester United are in a free fall. Watford away is a tough game.

D - Recent results and performances have not been good enough for the level of players in the room. The club were in desperate need of midfield reinforcements and still pursued the glamour of having Ronaldo back at the club. The defence looks broken and it won’t be an easy fix.