Football
News
Despite being strikerless, Man City are in a very strong position to retain the Premier League title
Conor Keane
06:55, 14 Nov 2021

Manchester City have been a force in the Premier League for a decade now and their excellent football has continued this season. However, at stages, they have looked desperately in need of a centre-forward to spearhead their attack, and with two losses already this term, they might be wishing for January to come around quick.

Won 2-0 against Manchester United (A)

When Pep Guardiola’s side are at their best, they are impossible to stop, and we have seen some commanding performances from them this term. There has been 5-0 drubbing of Arsenal, the 1-0 victory over Chelsea at Stamford Bridge and the comfortable 2-0 victory over rivals Manchester United last time out. They have shown why they are the champions in those fixtures, but they have also lost two games so far, to Tottenham Hotspur and Crystal Palace. Fortunately for them, they have not drawn so many, which is why they are still within three points of table-topping Chelsea.

The start has been more than decent. After a rocky start with consecutive defeats to Leicester [Community Shield] and Tottenham in August, City have really improved after a few key players were feeling the after-effects of what was a demanding period with most of the squad heavily involved at the European Championships. While we have failed to replace Sergio Aguero, the goals have been coming from all over the pitch more often than not, though striker-less City will have the odd negative result for that reason. I have a good feeling about us retaining the league with the strength in-depth possessed by Guardiola, but it remains to be seen if the false-nine tactic can steer City to European glory. 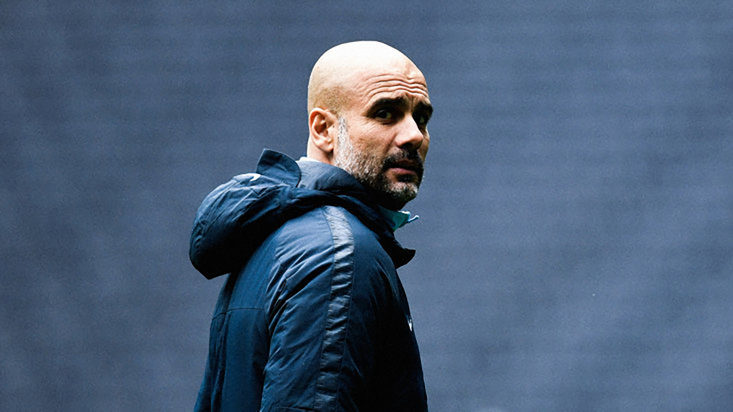 Pep Guardiola is one of the greatest coaches to have graced the beautiful game and the work he has produced with Manchester City is nothing short of extraordinary. He has had them controlling many games so far in the Premier League and has orchestrated some great results, but there have been some disappointing ones along the way, namely the losses to Spurs and Palace and the 0-0 stalemate with Southampton. There are times where you feel his false nine setup could come back to haunt City. But so far, he has managed well without an out-and-out striker.

Class act. The Catalan has started speaking like a die-hard blue in press conferences when defending the club, though his words are sometimes misunderstood and even misconstrued. His press-conferences, the way he defends the club and each of his players, in form or not, the way he conducts himself on and off the pitch, the passion he shows on the touchline all make him the perfect man to manage arguably the most talented squad in Europe. Though he was heavily criticised for making a surprise change to the lineup against Chelsea in the Champions League final in May, he can make amends for it by leading City to their first-ever European triumph this season. I reckon we'll only know how crucial Pep was to the club when he eventually moves on, whether it is in 2023 or not.

B – Man City have so far managed well without the presence of a striker as they sit in second place, also boasting the second-best stats for goals conceded (6). They will need to avoid dropping points against the lower sides of the division but seeing as how they played Chelsea off the park on their own turf, Guardiola’s side are in a very strong position.