It’s been a mixed bag for Everton so far this season. The Toffees got off to a great start under new gaffer Rafa Benitez, claiming four wins from their opening six matches. However, the Merseyside outfit are currently on a run of five games without a win, including three defeats, so the Spaniard still has plenty of work to do after the November international break.

Despite a promising pre-season and strong start to the season proper, Rafa’s revolution at Goodison Park seems to have gone a bit limp. They have so far won four and lost four,  scored 16 and conceded 16, which drives home how middle of the road the Toffees have been thus far. In recent weeks their performances have not matched the quality on display earlier in the campaign, none more so than in their humiliating 5-2 defeat to Watford, and they will have plenty to work to do when the term resumes.

Coming off the back of a strong pre-season, hopes were high and with some good results in our early games there was a good mood around the club. However, in the last five games that’s rapidly changed, with some poor results and performances, particularly in the first half that have been criminal. It’s clear that the team is a lot more rigid, however poor consistency and failure to adapt means Everton are effectively playing 45 minutes of football, not 90.

Players once again have come under fire from the fans, focused on attitude and general feeling that there isn't enough who care for the club and the fans. Our squad’s clearly very thin on the ground as our bench doesn't contain many game changers and often features two goalkeepers. 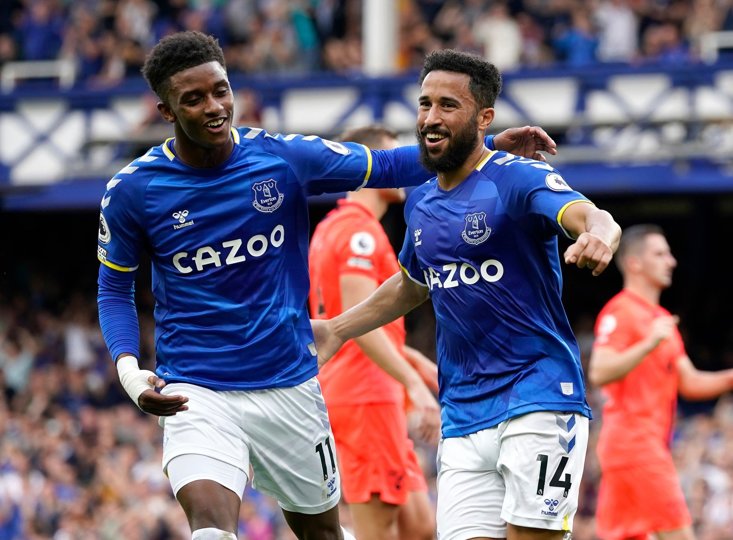 One of the main highpoints was the massive improvement seen in Abdoulaye Doucoure that’s made Carlo Ancelotti look inept. By simply moving Doucoure up the pitch, his impact on the game has increased, seeing him grab more goals and assists in his first eight games than he did in 29 last season. Another high must be the ever-increasing inclusion of Anthony Gordon. A clearly talented youngster who's been in and out of the side for the past year, Gordon brings a breath of fresh air to the team, willing to run at players.

A clear low point must be the defeat at home against Watford. To see the team capitulate like that was one of the most painful watches, with the lads clearly giving up leading to that embarrassing 5-2. The game summed up fan grievances over the past 10 years and was a good summary of everything that is currently wrong at Everton.

Benitez came into the job with intense pressure following his history on the red side of Liverpool, but he quickly seemed to silence critics with a bright start to the season. He largely dealt with the loss of Calvert-Lewin well, but once he lost Doucoure, the team seemed to lose its key component. The knives are still surely out from pockets of Everton fans with regards to their manager’s past with their most bitter of rivals and the Spaniard has a lot more work to do if he wants to keep the home faithful on side.

A divisive appointment from the off, Benitez was starting to win his critics over early in the season however he has since come under a lot of scrutiny and rightly so. 'Rafa ball' isn't something the Goodison faithful want to see, with increased annoyance at us letting teams play with the ball at our own ground, leading to games like the Watford one.

Benitez’s failure to spot when changes need to be made is also frustrating, with changes that are made often being poor ones i.e., Gordon vs Watford or his decision to bring Kenny on, a player who's never scored for Everton when we clearly need a goal. This is obviously not helped by our lack of squad depth which is a failure of previous managers and our Director of Football, Marcel Brands.

Maybe Benitez will sort it out, however I can see him being sacked at some point, possibly after the derby if current form continues. If this is the case, hopefully it happens before the derby as it’s a bad cycle we've got ourselves in. I'm not saying that sacking him is the answer, as we need to get out of the hire and fire cycle, but if it is to be, it needs to be before the derby.

C – The Toffees had a bright start to the year, unbeaten in their first four matches, but certain injuries have seen the side lose its structure and organisation, leading to a very frail defence. The defence needs to be worked on and there needs to be an increase in goals at the top end of the pitch.