Brighton & Hove Albion must be sick of hearing the phrase ‘surprise package’ every week. Graham Potter’s side have never finished a Premier League season above 15th place, but find themselves on the cusp of the European places as the John Lewis Christmas advert hits screens. The promising start has cooled a little in recent weeks, but there are still plenty of reasons to be cheerful at the Amex.

Brighton came flying out of the blocks, winning four of their opening five games. Manager Graham Potter has begun to draw admiring glances from elsewhere in the league for the entertaining, attacking football his side play.

Since this superb start, results have levelled off a little. However, they are still capable of an eye-catching result. A 2-2 draw at Anfield showed just how good The Seagulls can be on their day. Only Chelsea and Manchester City have suffered less defeats than Brighton, who have lost just two league games this season.

BRIGHTON TO FINISH IN THE TOP HALF 4/6

So far, so good. We are currently in a position where we are looking up rather than down. Generally, we are delighted with the progress the team has been making. But of course, one or two concerns remain.

We are picking up points where last season we were not, but our lack of goals is worrying. Opportunities were there to take maximum points against Arsenal, Norwich and Newcastle but we had to settle for a point. We are a work in progress. It's safe to look at the table after ten games and if it continues in the same manner, then a highest ever top-flight finish is on the cards.

With Eddie Howe looking set to become the Newcastle United manager, if he isn’t already by the time you read this, Graham Potter has become the new face of progressive British managers. His spell in charge of Ostersund has long made him the hipster’s choice, but the wider football world is taking notice of his talents.

Brighton play a beguiling style of football on one of the league’s smaller budgets, and Potter is the affable, bearded face of the whole operation. It is accepted wisdom that it’s only a matter of time before he gets a chance further up the table. What is fascinating is whether he keeps this Brighton side in the upper reaches of the table first. 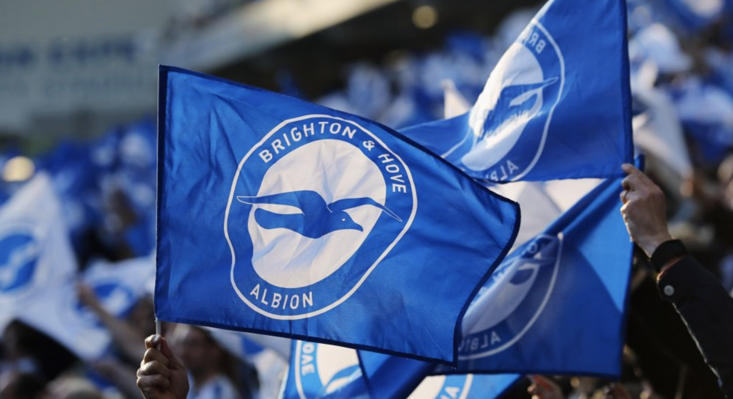 FANS’ VERDICT ON THE MANAGER:

Graham Potter is being linked with every single managerial vacancy. This means that he is doing a terrific job. At some point there will be a job he can't say no to, but that won't be any time soon. The structure in place at Brighton would be difficult to find anywhere else. This is a club fully behind him, that will give him what he needs to be as successful as possible. It would take something truly special to prise him away.

A - A recent tendency towards draws aside, it would be very harsh to class this as anything other than a very successful half-season for The Seagulls. They are challenging for Europe, and bloodying the noses of some big clubs on the way. Creditable stuff from Potter, his staff and his players.