Football
News
Jurgen Klopp's men have made an excellent start, but need to start converting their draws into wins
Conor Keane
06:55, 13 Nov 2021

Liverpool have had a strong start to the season, but they find themselves four points behind the league leaders Chelsea. Jurgen Klopp’s men have had some excellent performances so far but have also been left frustrated as they look to regain their Premier League crown.

BETFRED ODDS: 5/1 to win the league

Won 5-0 against Manchester United (A)

Jurgen Klopp’s side have shown signs of their title-challenging pedigree with some strong results and performance, similar to their Premier League winning campaign in 2019-20. However, in recent weeks there have been two bad results on their part, which could in the long run prove costly in their quest for a 20th top-flight title.

They started off brightly, Salah in particular has been in magnificent form, and the defence looked to have been boosted by the return of Virgil van Dijk. But even the mighty Dutchman has been susceptible to some errors in recent weeks against West Ham and Brighton. There is no doubting their attacking quality, but if they want to become champions again, fixtures, like theri last two, are the ones where you simply cannot afford to drop points – especially with the strength of the competition this year.

Liverpool have had an excellent start to the season. They have put in some incredible performances and have looked like a title winning side after a poor season last year. The high point of the season was most certainly the 5-0 demolition of Man United at Old Trafford, especially considering Liverpool had played Atletico just days before in Spain and got a massive result in Europe. The low point is definitely the recent loss to West Ham. Realistically, West Ham absolutely battered us for clear chances on goal and we never really looked like getting a result.

Looking at the respective tables, you can't argue with the standings. Fourth in the Premier League, four points behind Chelsea, top of our Champions League group in what was by far the toughest pot, as well as the quarter-finals of the Carabao Cup - it's been a good start to the season for Liverpool considering the rhythm disruptions Jurgen Klopp has had to deal with, especially in midfield. The loss to West Ham wasn't ideal but that's what can happen in the Premier League if you are 100% on it every single game. The international break probably came at a good time for us, hopefully, the boys come back fit and healthy ahead of what is going to be an extremely challenging next few months, especially with AFCON on the horizon.

Qualifying for the UCL knockout rounds has to be a high point, especially given the hand Liverpool were dealt with what was definitely the toughest group this year. The away win at Old Trafford was obviously a massive high and it's been great to see some of the younger players like Tyler Morton and Kaide Gordon get some valuable minutes this season. Mo Salah's form has been absolutely incredible so far this season and long may that continue because Liverpool fans are witnessing the best in the world at present and should cherish every second of it. In terms of low points, the injury to Harvey Elliott was a bitter pill to swallow, and the constant chopping and changing in midfield due to injuries and illnesses have proven costly. 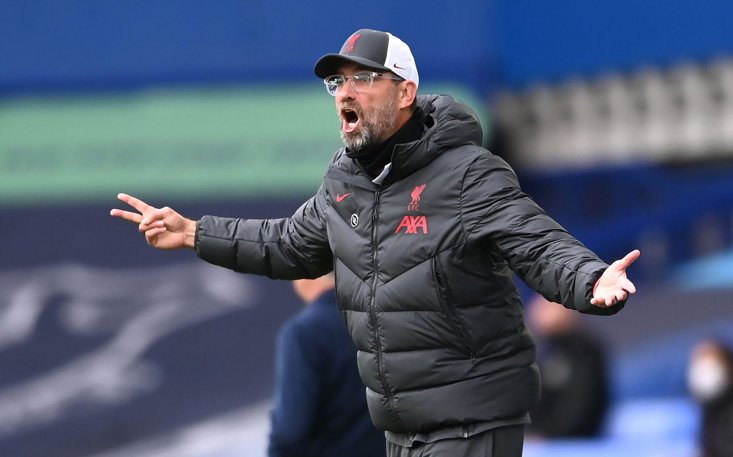 Klopp is one of the best coaches in the world and you only have to look at how he transformed this Liverpool side into one of Europe’s elite. With some incredible performances, both domestically and on the continent, they have shown their brilliance at times, but with four draws already this season, albeit two of them against Chelsea and Man City, those two extra stalemates, added with the West Ham defeat, could prove costly in the grand scheme of things.

The German manager has shown in the past how to bounce back, but he needs to ensure that his defence is as secure as it can be. For all the attacking quality Trent Alexander-Arnold possesses, he still has a lot to learn in defending, with his side being the target for the opposition.

The manager is the best in the world - there’s not much more to say.

Jurgen Klopp will know Liverpool could have played better in certain games, and will be rueing missed opportunities to take all three points, especially against Chelsea, City, Brighton and Brentford, where Liverpool lead in all four of those games. Chelsea especially hurt as they were down to 10 men for 45 minutes, but all in all, considering the rhythm disruptions and the fact Virgil van Dijk, Joel Matip and Joe Gomez are still finding their feet after long-term injuries, Klopp should be pretty happy with the season so far.

There's still an awful long way to go but strong foundations have been laid and it's now about kicking on over the festive period, finding a stable rhythm and building momentum. Klopp will know there are obstacles to overcome with AFCON sandwiched in between what is already a gruelling festive period, but this Liverpool squad have the know-how and experience to navigate those waters and January will be a huge month for these players

C – The Reds may have only lost one game all season, but it is their four draws that has earned them a slightly lower grade than their fellow title-challengers Chelsea and City. They are the top goalscorers in the league, which is promising, but they need to capitalise on their exploits with more victories.