Leicester City manager Brendan Rodgers was clearly frustrated, as he stood on the touchline and watched his side make the same old mistakes. Set-piece frailties and defensive errors characterised his side’s 2-1 loss to Aston Villa, and this display did little to dispel talk that the Foxes are going backwards.

The first period was an entertaining affair from a neutral standpoint, with both teams going about their work with attacking intent. Leicester have often been slow-starters this season, but the galvanising presence of Patson Daka saw them try and impose themselves early. The Zambia international stung the palms of Emiliano Martinez with an early effort, and left Tyrone Mings standing to get another shot away.

It was only a matter of time before Daka’s energetic presence helped the Foxes strike gold, and he showed tremendous strength under pressure to play in Harvey Barnes. The 23-year-old had the confidence to slow play down, and take the time to place a pass into Kasper Schmeichel’s net.

Their lead had barely been tabulated on the scoreboard when Aston Villa answered. A free kick was floated into the Leicester box, and a bout of head-tennis ended with Matty Cash nodding the ball to Emi Buendia. The ex-Norwich man aimed a header towards goal and Ezri Konsa got the slightest of touches to score the equaliser. The away team protested vehemently, and the goal was checked for a possible offside, but was correctly given.

There would be more controversy surrounding an apparent goal just before half time. Jacob Ramsey had appeared to put Villa 2-1 up, seizing on a Schmeichel spillage from a Cash cross. The Dane rolled around holding his gloved hand, and upon a VAR check it became clear he had placed his hand on the ball when Ramsey struck it. Despite his intervention being timed at just 1/12th of a second, it was decided the goalkeeper had brought the ball under control, and by the current laws the goal could not stand. 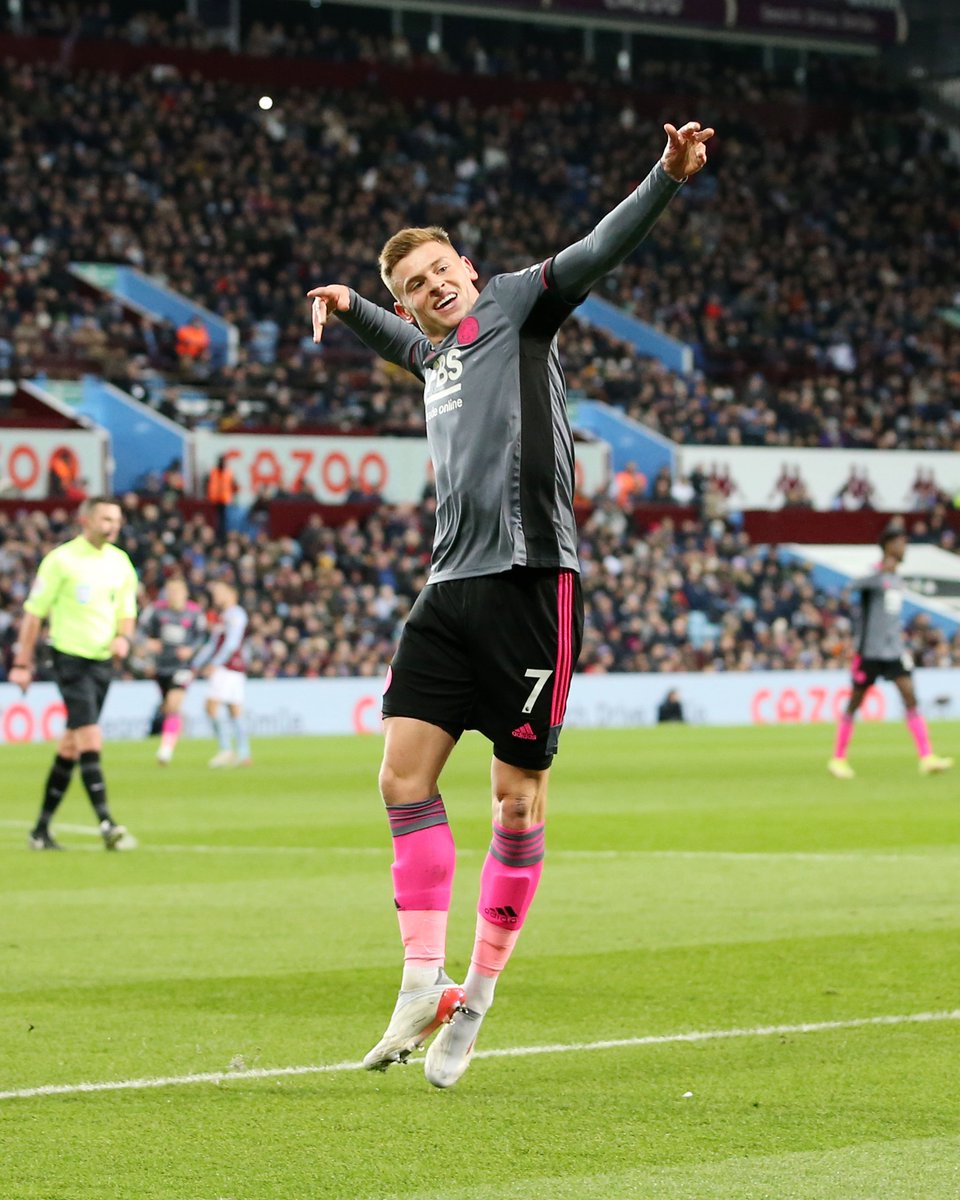 Villa came out for the second half fired-up, perhaps by a sense of injustice. Ollie Watkins played a slick give-and-go with Ramsey before having a shot blocked. Then Konsa secured his brace, and there was no controversy over this one. A looping cross came over and Caglar Soyuncu was not awake to the presence of the former Brentford defender, who powered a header in at Schmeichel’s near post. The keeper should have done better, but it was impressive work from the home side nonetheless.

The Foxes began to show signs of life, with James Maddison sending a cleanly-hit effort just over from outside the box. Brendan Rodgers threw Jamie Vardy on to try and give his side some attacking verve, and Leicester were temporarily spurred into life. Aston Villa had a prime chance to kill the game off on the counter, when a superb Buendia run opened up the away team. An advantage played on a crunching foul on Buendia saw the ball wind up with John McGinn, and Ramsey really should have done better with the Scotsman’s pass into the box. The 20-year-old had time, but sent his effort high over the bar.

The Foxes still posed some danger though. A looping Barnes header drew an absolutely superb stop from Martinez. Ultimately, it was not enough to overcome their problems, many of which had been of their own making. Leicester’s ailing defensive record, and organisational failures at set-pieces, continue to be a thorn in the side of Rodgers’ team.