Rugby League
News
The stability of the Wire shouldn't be compromised by the coach's planned departure
Kris Voakes
21:20, 17 Feb 2021

Steve Price will leave his position as Warrington Wolves head coach at the end of the 2021 Betfred Super League season, the club confirmed on Wednesday. But while the Australian’s departure will come as a blow, the move could help to promote the Wolves’ position as rugby league’s kings of stability.

Price departs at the end of the year to return to his homeland following a four-year stint which has so far seen him lead Warrington to both domestic finals in 2018 and a memorable Challenge Cup triumph over St Helens in 2019. After a disruptive 2020 campaign, the former St George-Illawarra Dragons boss believes this to be the right time to head back to Australia.

“It has been a huge decision but after speaking at length with my wife and daughters, we all feel that it will be the right time to return home once my current contract expires at the end of the forthcoming season,” Price explained in the club statement confirming his exit.

“In the meantime, I remain wholly committed to the Club and getting the absolute best out of our playing group throughout 2021 to leave Warrington Wolves in a powerful position both on and off the field.

“After speaking with the Board, my coaching staff and the players, we felt that it was best to be honest and open with this news before the season commences, leaving us free to focus on the task in hand. I would love nothing more than to go out on a high and give this Club and its supporters what they truly deserve.” 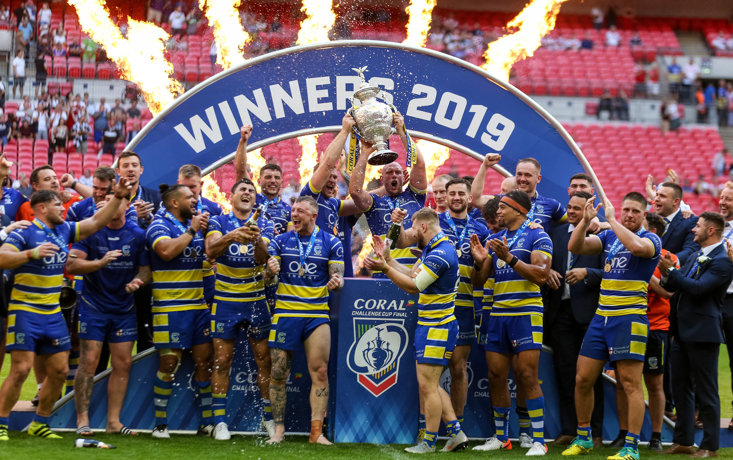 PRICE LED WARRINGTON TO A CHALLENGE CUP WIN IN 2019

In giving a significant period of notice of his intention to leave, Price allows Warrington the possibility to take their time in seeking a replacement, and they will look to build on the work done by Price and his predecessor Tony Smith in making the club a regular fixture at the top end of the Betfred Super League table.

Only in Smith’s final season in 2017 have the Wire finished outside of the top six in the last 12 seasons, and during that time Warrington have maintained a consistency in the coach’s box that is unmatched in the rest of the league.

And while the ultimate goal of a Super League title remains elusive to this point, the Wolves have collected two League Leader’s Shields and, most notably, four Challenge Cups since 2009, making them one of the modern giants of the game.

So while Price will look to build on last season’s third-place finish with a major tilt at success in 2021, the Warrington board will set about ensuring that the club remains a major force in 2022 and beyond.