Football
News
Failing to qualify for a UCL quarter-final for the first time since 2007, it feels like the end of a golden generation at the Nou Camp
Simon Lillicrap
13:00, 17 Feb 2021

There was something incredibly symbolic about Barcelona’s tepid performance at the Nou Camp against PSG. It wasn’t the apprentice surpassing the master as Kylian Mbappe scored a hat-trick, but instead a true definitive end of an era for one of football’s greatest sides.

The old guard are done at Barcelona. The nails in the coffin have been both sharp and frequent for this band of players with several poor performances over the past few years, but this was the final one. The defining image was 32-year-old Sergio Busquets and 34-year-old Gerard Pique both crestfallen as they watched on from the sidelines having been substituted, while Lionel Messi stood helplessly as PSG took the tie away from his side. 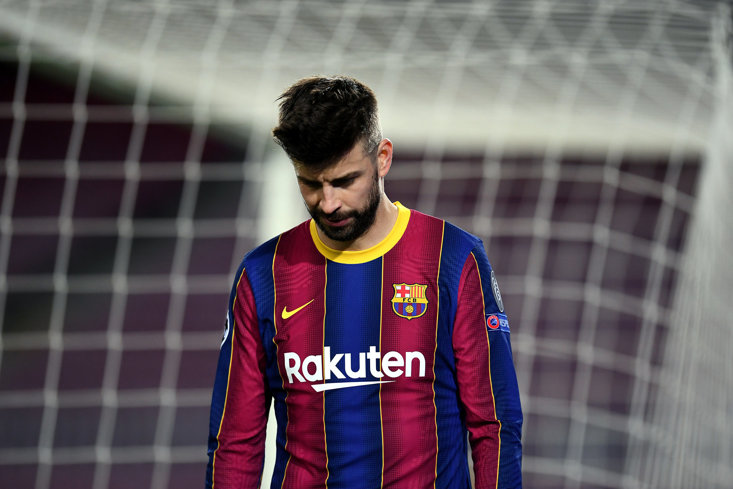 Those three players mean everything to this club. All three started and starred in one of the greatest Champions League final performances ever a decade ago as Barcelona humiliated Manchester United at Wembley, while in 2009 they also formed the spine of a great Champions League winning side, against the same opposition.

For a generation, that Barcelona side was the greatest there ever was. There was a true romanticism to this group of La Masia graduates coming through the ranks together to dominate world football, inventing a new style of possession based football known simply as ‘Tiki-Taka’. Pep Guardiola, another man who had stepped up to the first team managerial role, steered the ship as the world fell in love with every single player.

Fans of a certain age will be able to recall that starting XI with ease. They were the greatest. Pique at that time was a young defender with a thirst for knowledge, learning every game how to defend alongside one of the greats, no-nonsense Carles Puyol. Like him or not, Busquets was the best holding midfield player in the word. He was the one who broke up opposition counter attacks with clever fouls, he was the aggressor, the wind-up merchant, the man to perfectly compliment Xavi and Andres Iniesta. Even that is undermining how good a footballer Busquets was. There has never been a better midfield trio in world football.

Then came Messi. Guardiola’s decision to play him as a false nine sent him into the stratosphere as the greatest player on the planet. His achievements since have been impressive but even he hasn’t hit the heights he did in that era. 91 goals in 69 games in 2012 just reads like another statistic these days but every goal was a work of art. 91 goals in a single year!

One by one, the senior members of that iconic team started to depart. Puyol called it a day, Victor Valdes was let go and David Villa departed. The team evolved when Neymar and Luis Suarez joined but after their 2015 Champions League win, Xavi moved on and the La Masia link that had made them so likeable departed with him.

By the time Andres Iniesta departed in 2018, only three of that great team remained. Pique, Busquets and Messi. They’ve all been key figures as the club has clearly regressed. The last four years of Champions League defeats have not only been damaging to the club but diminished the reputation of the trio. The Roma defeat was shocking, the Liverpool one embarrassing, the Bayern Munich one humiliating and as a sign of the times, the PSG one was unsurprising.

This is it for the trio, the final chapter. Messi, having stated his desire to leave last summer will surely depart while Busquets and Pique, with their powers waning would be wise to follow suit. The ending to this era might have been a bigger let down than the Game of Thrones finale, but it has finally come to a close. Thank you Barcelona, for the greatest team we have ever seen.