A year and one day ago, James Rodriguez was leaving the pitch at Goodison Park having bagged a goal and an assist on his home debut for Everton against West Bromwich Albion. On the way off he was acknowledged by his manager, Carlo Ancelotti, a man with whom he had enjoyed great success at Real Madrid and Bayern Munich. Fast forward 12 months and Ancelotti is gone, with Rodriguez looking set to follow him out of the door as he nears a move to Al-Rayyan in Qatar. It’s a bizarre end to a transfer that promised so much, but failed to deliver after a promising start.

The Colombian attacking-midfielder was seen as a statement signing upon arrival last summer. The transfer was hailed as a coup for both Everton and the wider Premier League, as one of the game’s global stars was coming to ply his trade on these shores. The fact Rodriguez was surplus to requirements in his final season at Real Madrid, limited to just eight La Liga appearances, was waved away in the excitement.

For his part, the 30-year-old initially provided performances on the pitch that warranted the fervour over his signing. As well as that fine West Brom performance, James also notched a brace and provided an assist in a 4-2 win over Brighton that sent Everton top of the table. Led by a Champions League-winning coach, buoyed by a World Cup Golden Boot winner, Everton looked to be on the rise. 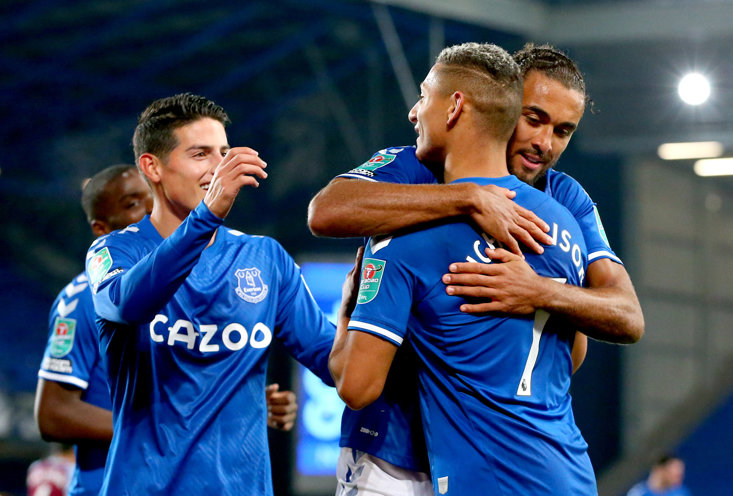 JAMES WAS INITIALLY A BIG HIT AT GOODISON

They finished the season in 10th, Ancelotti resigned ahead of rejoining Madrid, and Rodriguez would miss Colombia’s Copa America campaign due to injuries that plagued him throughout the season. Rodriguez had been influential when fit, but his ailments limited him to just 23 games in his debut season at Everton. With the manager who signed him gone, things were about to get worse for the player.

Ancelotti was replaced during the summer by another former Champions League winner, Rafael Benitez. The amiable Italian was superceded by a coach known for his strict discipline. A player as mercurial as Rodriguez was never likely to thrive after such a switch anyway, but his prospects worsen when you take into account his previous history with Benitez. The pair had worked together at Real Madrid during the ex-Liverpool manager’s brief spell at the club, with relations quickly turning toxic. Benitez publicly questioned the player’s fitness and commitment, which Rodriguez keenly denied. When Rafa returned to Merseyside this summer, this time on the blue half of the divide, many observers noted that James’ time could be up.

Why Qatar though? Still only 30, and after managing six goals and three assists in his 23 Premier League games, surely one of Europe’s better sides would be interested? There were summer rumblings over a move. A return to Porto is rumoured to have collapsed when Benitez asked for winger Luis Diaz in return. There are reports that either his salary, his fitness, or both precluded a move to AC Milan. With his Everton stay untenable, and the interest from European sides appearing tepid at best, Qatar has emerged as a viable escape route. 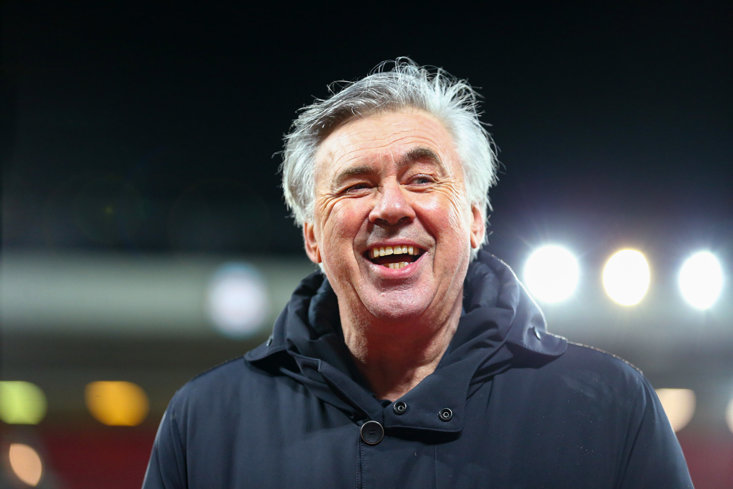 ANCELOTTI'S EXIT WAS ALWAYS GOING TO LEAD TO JAMES LEAVING

He is likely to be well-compensated over there, and will undoubtedly be the biggest-name attraction in the league. Such moves are often seen as the logical end to a career, but Odion Ighalo’s loan move from Shanghai Shenhua shows that playing in a less-heralded league is not always the end for top-flight ambitions. A strong showing in Qatar, particularly if James proves his fitness with a sustained run of games, could open doors for the midfielder.

For Everton fans, there will be mixed feelings over the end of their brief dalliance with James. He had some wonderful games in blue, sadly none of which took place in front of fans at Goodison Park. But the brave new world the club appeared to be stepping into when their former Premier League-winning manager teamed up with a decorated superstar last summer has come to an abrupt end.

In Benitez, as well as smart summer buys such as Andros Townsend and Demarai Gray, they will hope to find a different path forward. For Rodriguez, his move to warmer climes will have him dreaming of sunnier times ahead.