City had exited the competition in the quarter-finals at their last three attempts and despite an even opening, it looked like they might be pipped to the semis again.

Disaster struck for the Cityzens in the 15th minute when John Stones was caught out by a simple ball over the top. Man of the moment Erling Haaland, who might end up in Manchester this summer, latched on and his ball back into the area deflected off Ruben Dias and into the path of Bellingham, who curled an exquisite shot into the top corner from 20 yards. The goal meant that the former Birmingham City player became the youngest ever English scorer in the Champions League.

It served as a wake-up call for Guardiola’s men who managed to get a grip on the game thanks in particular to their star man, Kevin De Bruyne. First, the Belgian struck the woodwork after a thumping effort from 20 yards out which left Marwin Hitz stranded and then he came close again shortly after, smacking a low cross that Hitz palmed clear - fortunately for the Dortmund goalkeeper there were no City players lurking for the tap in.

As the two teams went into the break, it was City who were asking all the questions but Mat Hummels and his defence remained imperious.

The visitors continued to pile on the pressure after the break and were rewarded for their patience soon after when they were awarded a penalty after Emre Can’s attempted header was ruled by VAR to have hit his outstretched arm. It was perhaps a tad harsh, but Riyad Mahrez dutifully put the ball in the back of the net from the spot to level the scores.

Man City extended their lead and put the tie from beyond Dortmund’s reach thanks to Phil Foden, who continues to justify his selection. City went short from a corner and Foden received it on the edge of the box, drilling the ball towards the near post, leaving Hitz helpless. 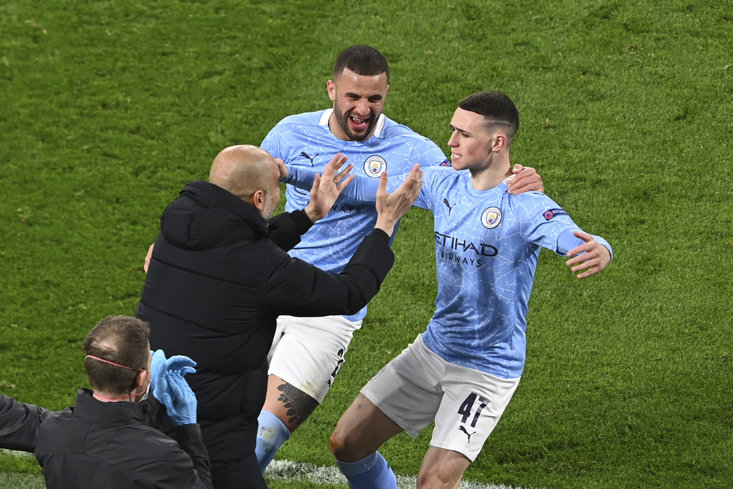 Speaking after the match, City goalkeeper Ilkay Gundogan couldn’t hide his delight, telling Sky Sports, "It means a lot. I think this club, this team deserves it. We have shown character. I don't think we played well at all in the first 15 minutes. We weren't brave enough. But after they scored, we were able to control more of the ball and create."

Manchester City will now face PSG in the semis and while an all-English final is still on the cards, with Chelsea having qualified for the semis themselves on Tuesday, it won’t involve Liverpool, who, despite a plethora of chances were unable to turn around their 3-1 deficit against Real Madrid and crash out of the tournament.