Football
News
A Diogo Jota goal was enough to see off the Championship side
Simon Lillicrap
19:57, 20 Mar 2022

Liverpool have made it through to the semi-finals of the FA Cup and kept their dreams of a quadruple alive after a tough 1-0 win at Nottingham Forest. It took a late Diogo Jota goal to get the Anfield side through, but they had a mighty scare in the East Midlands.

Phillip Zinckernagel missed a giant chance at a key moment in the tie and then moments later, the home side found themselves behind. Entire seasons can change on moments such as this, and although Liverpool weren’t at their best, they escaped the City Ground with their appearance at Wembley booked in.

Now, they will face Manchester City for a place in the FA Cup final, while Crystal Palace will face Chelsea, but Liverpool will know they were in a game tonight. Steve Cooper’s sensational Reds have already dumped out Arsenal and Leicester during this cup run, and they were so close to taking the biggest scalp of the lot.

In the first half, Liverpool were feeling the heat of a vociferous cauldron but missed a gilt-edged chance as Forest made a defensive error that saw Roberto Firmino in one-on-one against Ethan Horvath. With all the time in the world he tried to scoop the ball over the goalkeeper, who managed to stand up long enough to stop the effort as Forest cleared the ball off the line from the follow up.

That was the biggest chance of the opening period, and it came from Forest’s own error. They managed to hold the best attacking side in the country until the break and then in the second half, came out with intensity. With the crowd on side, they attempted to create panic in the Liverpool back four.

There were still some loose passes at the back, one of which presented Diogo Jota with a decent opportunity, but once again Horvath got down to make a save. Forest were pressing, and the crowd were making this a proper cup tie. 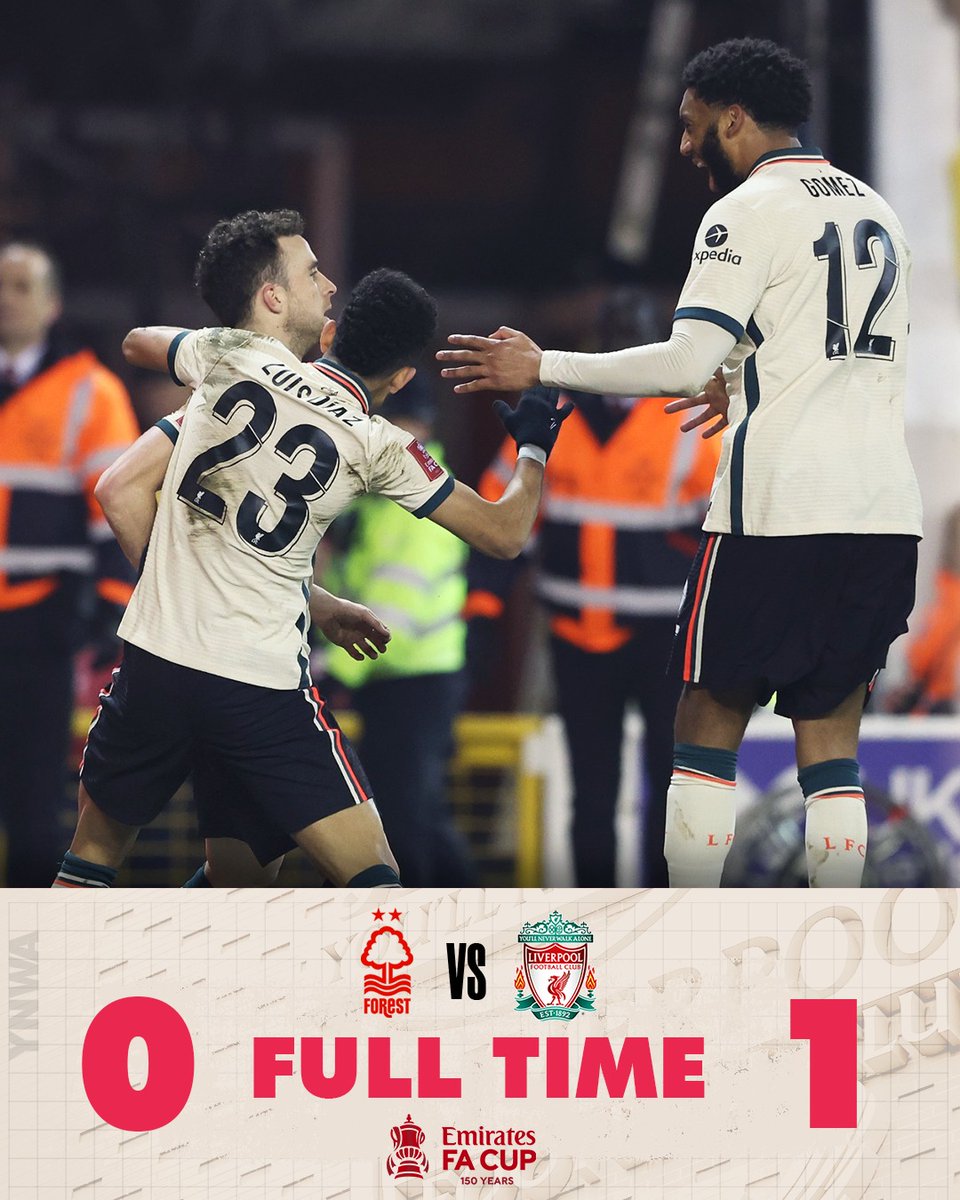 Brennan Johnson got Joe Gomez booked as the right-back was late to a tackle and then Liverpool made a quadruple change. Jordan Henderson, Luis Diaz, Takumi Minamino and Thiago all joined the fray as Jurgen Klopp went all out to end the tie, but Forest wouldn’t roll over.

They created half chances, every single one taking the crowd up to the next level. Then Forest created the one opening they needed. Brennan Johnson found space on the right and played the perfect pass into Phillip Zinckernagel who just placed his effort wide of the post from inside the box. It was the best chance of the game and Zinckernagel’s final contribution to the tie, but it should have put the hosts ahead.

Moments later, they were behind. Diogo Jota got a vital final touch on a Kostas Tsimikas cross and all of Klopp's worries drifted away. The away end went completely barmy, understandably given the tough game they were in and the fact that they should have been behind minutes earlier.

Johnson again caused issues as he set up Yates who could only head towards goal before Cafu blazed over in injury time. That was Forest’s last opportunity and Liverpool escaped unscathed.

They face the toughest test imaginable in the semi-finals, but whisper it quietly… the quadruple is still on.