The transfer window can bring out the worst in even the most level-headed of fans. Match-going fans who have never let so much as a single “ratio” slip out are left scouring social media for news on someone, anyone who could be joining their club. We get antsy when we see other clubs doing more deals than our own. The actual quality, value or tactical fit of those being bought becomes immaterial. The mere fact other clubs are buying and yours isn’t, or the idea clubs are buying more players than yours, becomes unpalatable.

But is there actually a direct correlation between amount of incoming transfers and success on the pitch? Do the clubs embarking on a mass rebuild outperform those who keep their incomings to a minimum? The Sportsman has crunched the numbers to try and find the answer.

Looking at the 21-22 Premier League season, we have collated a list of many incoming deals each club completed over the course of both the summer and winter transfer windows. Both loans and permanent signings were included, as were deals where the arriving player was loaned back out for a season, as was the case with Manchester City and Julian Alvarez.

The teams are ranked according to their league positions last season. The number of incoming signings a club made is listed in parentheses.

Does signing more players lead to success on the pitch? Let’s find out.

The Premier League champions did not do a great deal of business, with the £100 million spent on Jack Grealish absorbing the majority of their budget. As mentioned, Alvarez was loaned back to River Plate. Their only other addition, goalkeeper Scott Carson, had spent the previous two seasons on-loan from Derby County before making the move permanent. City enjoyed a glorious season, but did so with largely the team they already had in place.

Another case of incremental changes made to a successful team. Klopp chose to stick rather than twist despite a disappointing 2020-21 campaign. His gamble largely paid off, with Liverpool coming within two wins of lifting the quadruple. New boys Ibrahima Konate and Luis Diaz started life at Anfield very well and both look like they will continue to have an impact this season.

Reigning European champions going into last season, Chelsea were yet another side who decided to just make running repairs to a successful side. Whether by design or by virtue of spending £97.5 million on flop Romelu Lukaku, Thomas Tuchel’s men had a relatively quiet window. Top three and two cup finals is not a bad return, but the fact new owner Todd Boehly wants to do a number of high-profile deals this summer perhaps indicates it wasn’t enough. 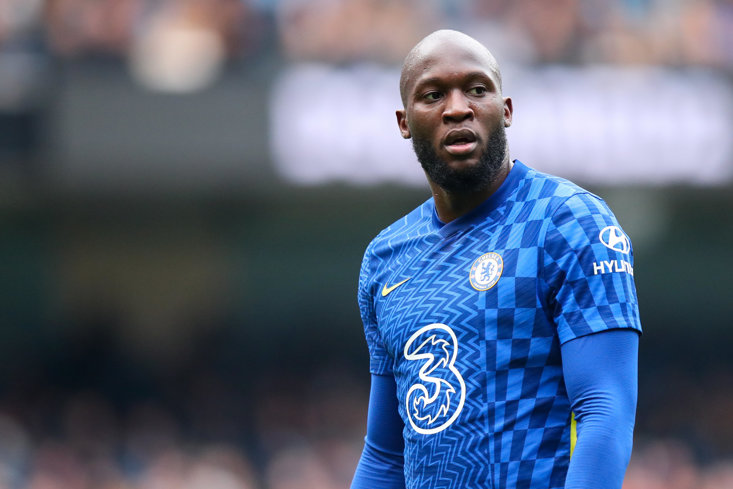 The only team in the top four to truly raid the market in bulk, Spurs’ seven new signings are just one shy of the three teams above them put together. This is symptomatic of the fact Tottenham started the season with one manager and finished with another. While summer buys like Bryan Gil and Emerson Royal were signed with Nuno Espirito Santo in mind, January swoops for Rodrigo Bentancur and Dejan Kulusevski were bought for Antonio Conte. The second batch did a lot better than the first, which is a fair reflection of the tenures of the two coaches.

While Spurs’ seven transfers were the work of two coaches, Arsenal’s were the vision of one. Mikel Arteta went about a Gunners rebuild that many questioned at the time. £50 million was seen as too great a fee for Brighton defender Ben White, goalkeeper Aaron Ramsdale had just been relegated with Sheffield United and Takehiro Tomiyasu was mocked on national television. Arsenal finished in their best league position for three years, vindicating the heavy summer spending.

Cristiano Ronaldo, Raphael Varane and Jadon Sancho looked like a statement window for a team that had just finished in second place. But United are the first team on our list who could have actually benefited from more spending. Back-up goalkeeper Tom Heaton was the only other incoming, while the glaring deficiencies at right back and defensive midfield were ignored. United endured their worst Premier League season ever and, fast forward twelve months, those two positions still haven’t been filled. 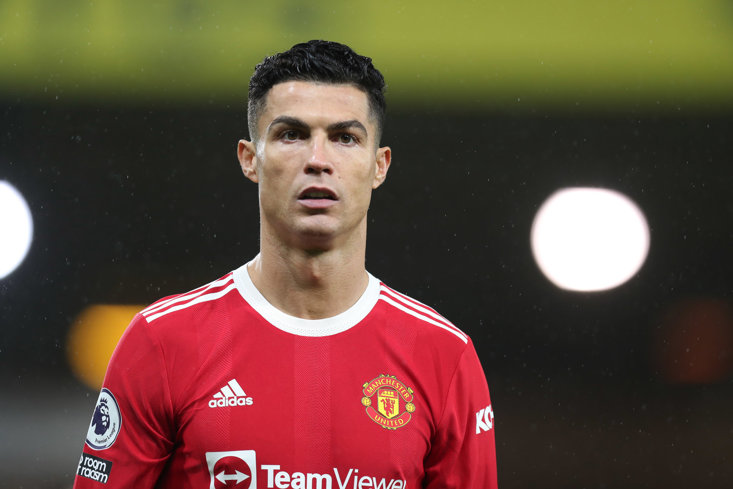 The Hammers came into last season needing to strengthen, with the added demands of Europa League football to consider. David Moyes sanctioned big fees for Kurt Zouma and Nikola Vlasic, though of the five new signings it was actually bargain buy Craig Dawson who played the most. West Ham succeeded in adding depth, reflected by reaching the Europa League semi-final. A struggle for a goalscorer beyond Michail Antonio hurt them though.

After back-to-back fifth-placed finishes and an FA Cup win, Leicester went into last season in a position of strength. They emerged from it in a state of flux. Highly-rated French midfielder Boubakary Soumare failed to ignite, though at 23 there’s still time. Defender Jannik Vestergaard was signed from Southampton but barely featured. Free transfer Ryan Bertrand suffered similar, making just four league appearances. Patson Daka had his moments but Ademola Lookman’s loan from RB Leipzig was the only genuine success.

A busy summer for Graham Potter, who ultimately led his side to their best ever top flight finish. The headline name was Marc Cucurella, who is now the subject of transfer interest from a number of Champions League clubs. Brighton’s number is skewed somewhat by additions like 36-year-old Gary Dicker, a Seagulls old boy brought back as a player-coach for the under 23s. Potter also made a concerted effort to build for the future with young stars like Jeremy Sarmiento and Kjell Scherpen, the latter of whom went straight out on loan.

Another case of a switch of managers leading to higher-than-average signings. The majority of Bruno Lage’s acquisitions were young talent, with just two players joining permanently for fees above £5 million. Jose Sa and Rayan Ait-Nouri both did well, but the biggest name to sign was Francisco Trincao. The Barcelona winger commanded a £5.4 million loan fee, but after a promising start he ended the season with just two goals and one assist in the league.

No side had a more transformative winter transfer window than Newcastle. A change of manager, with Eddie Howe picking up the reins from the unpopular Steve Bruce, and the injection of Saudi cash turned the relegation-threatened Magpies around. After a quiet summer, five players joined during January. The likes of Bruno Guimaraes, Matt Targett and Dan Burn steered Newcastle to a comfortable mid-table finish. 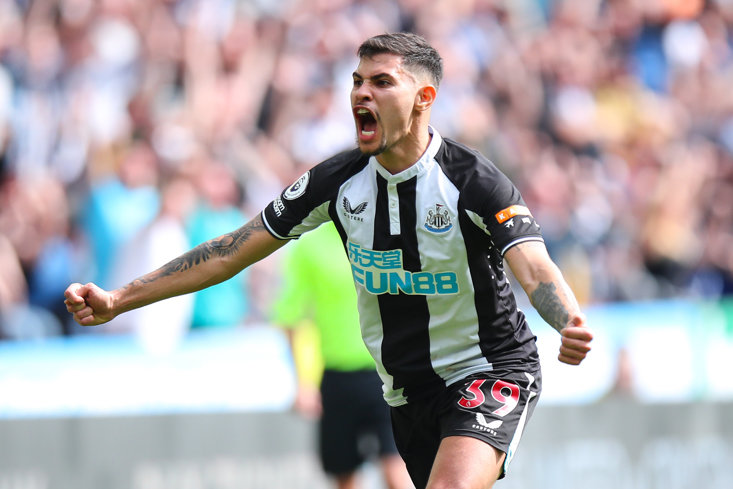 Palace were another side to back a new manager to the hilt. Patrick Vieira went to work changing the identity of a side built in the image of Roy Hodgson. This took the form of leaning heavily on exciting young talent like Marc Guehi and Conor Gallagher from Chelsea and Celtic striker Odsonne Edouard. The reboot worked wonders, with Vieira having a 12th-placed finish and an FA Cup semi-final to show for his work.

The only one of the three promoted sides not to recruit into double figures, Brentford were also the only one of the three to stay up. Free transfer Christian Eriksen was an inspirational signing, with the former Spurs man providing much-needed creativity. Yoane Wissa also enjoyed a breakthrough campaign while Kristoffer Ajer promises much for the future. Brentford’s journey to the Premier League was founded on smart recruitment, and thus far that has continued in the top flight.

Villa backed both managers they employed during the 2021-22 season. Dean Smith found his squad bolstered by high-ticket items like Emi Buendia and Leon Bailey. When he was sacked, successor Steven Gerrard was allowed to bring in the likes of former teammate Philippe Coutinho and Everton’s Lucas Digne. A lot of big names walked through the door at Villa Park, it will be interesting to see if such star-chasing continues or if it was merely a symptom of trying to please two managers.

Southampton’s season was a mixed bag, as they landed in 15th for the second season in a row. Their transfer business could be described the same way. The changes were not widespread, with the permanent signing of loanee Theo Walcott skewing the number a little. Tino Livramento was an inspired bargain buy at £5 million. The £15.9 million outlay on Adam Armstrong, who scored just twice, less so.

Another club who had two managers, Everton differed slightly in that Rafael Benitez and Frank Lampard were both new appointments. The majority of the signings were made by Lampard as he battled his way out of the relegation mess Benitez had left behind. Largely though it was not the new boys, like loanee Donny van de Beek and free signing Dele Alli, that kept them up. A scattershot approach to transfer business needs to be pared back this summer. 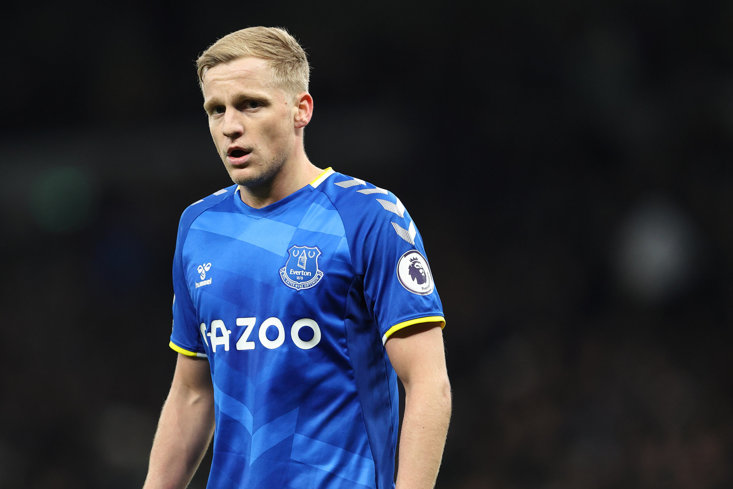 Leeds kept it simple and signings like Daniel James and Junior Firpo were qualified successes. The transition from Marcelo Bielsa to Jesse Marsch happened in late February, meaning the American could not secure any of his own signings. Having only narrowly survived, you can expect far more new additions to come.

Depending on who you speak to, Burnley’s profligacy in the market is either the reason behind their repeated great escapes or the primary factor in why relegation brinkmanship was required in the first place. Maxwel Cornet and Nathan Collins were good buys, but ideally needed to be backed by a few more in that vein. Aaron Lennon’s return aged 35 and a free transfer for Wayne Hennessy felt like Championship business. By the time they splurged £15.75 million on striker Wout Weghorst, it was already likely they’d find themselves in that division.

The Hornets have enjoyed relative success by defying almost every rule of football, sacking managers at the rate of a corrupted FM22 save. 18 new signings flew in the face of the “dance with the partner that brought you'' approach to Premier League survival. So it proved, the muddled transfer business and usual managerial merry-go-round antics were fatal to Watford’s survival.

Another relegated side to break double figures on incomings, the perennial Premier League yo-yo club backed promising big six loanees like Brandon Williams and Billy Gilmour with talent from the Bundesliga and Greek Super League. It was a cocktail that went down poorly, as the Canaries once again failed to find the formula for Premier League survival. 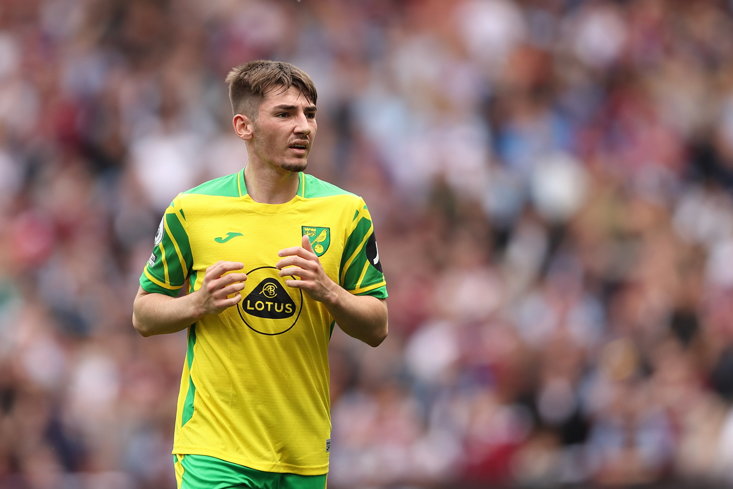 Conclusions: The sides that brought in ten players or over all featured in the bottom half of the table bar Wolves, showing that trying to buy your way out of trouble is not usually the way forward. Meanwhile, backing a manager with new signings even mid-season appears to be a positive, as solid finishes for Newcastle and Spurs demonstrate. City, Liverpool and to a lesser extent, Chelsea, show that if your team is already doing well, slight adjustments work better than widespread changes.

Overall, unless you are working to produce a team that fits your new manager’s style of play, there is no real reason to acquire more than five or six signings. While Manchester United would be well-served adding a few more new faces in addition to Tyrell Malacia, Christian Eriksen and Lisandro Martinez, Manchester City and Liverpool needn’t add more than one or two more players each. Nottingham Forest fans might have cause to worry though, having already signed 12 new players. As we have seen, such widespread change is often a recipe for disaster.