Horse Racing
News
The in-form jockey secured another big win in the first race of the final day of the Festival
Simon Lillicrap
13:57, 19 Mar 2021

Rachel Blackmore continued her winning week at Cheltenham Festival with a massive win on board Quilixios in the Triumph Hurdle. The ‘Queen of the Festival’ made it six wins for the week and secured another win for the Irish as Quilixios pulled away from the opposition to secure a massive win on the final day.

In the eight hurdles over two miles and one furlong, Blackmore controlled the race, as she has done in all of the other races she has won this week. She guided the second favourite to the front of the pack and as she rounded the final corner, she eased away from the rest of the horses, making it look ever so easy.

This win puts Quilixios on the path to further top-level glory as she follows big names such as double Grand National winner Tiger Roll, Champion Hurdle winner Katchit, and six-time Grade One winner over both hurdles and fences, Defi Du Seuil, who have all won this race.

The race for four-year-olds seemed fairly straightforward for Blackmore, with other big names Tritonic and favourite Zanahiyr never troubling the women who just keeps on getting better and better as the week progresses. The big one is still to come for Blackmore who rides A Plus Tard in the Gold Cup this afternoon, a win there would crown one of the finest weeks we have seen by any jockey in the modern era. 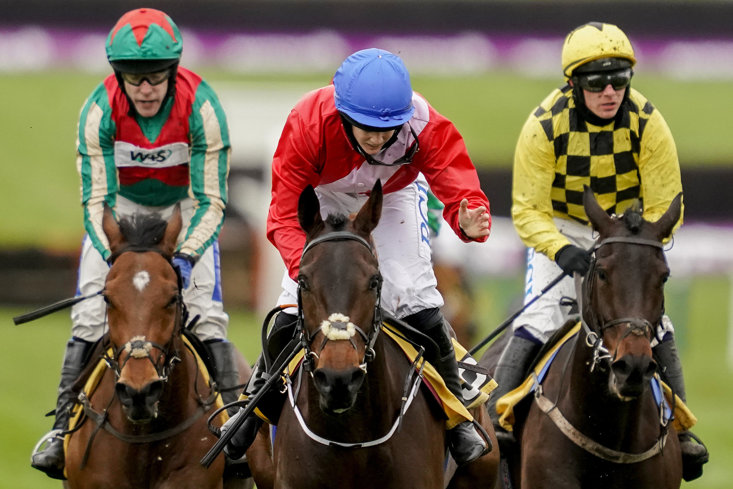 Rank outsider Talking About You lead early on as the whole field completed the race with little trouble. They travelled in pairs for the majority of the race with Quilixios up front and Zanahiyr ran well in third with Tritonic, representing the English, once again failing to make an impression, finishing fifth having been run out of it.

Running into the final straight it seemed like Blackmore was unbeatable even though she had a chasing pack of Adagio, Haut Couleurs and Zanahiyr, Those three wouldn’t be able to close the gap even though Adagio did well to come home in second, while Haut Couleurs edged out Zanahiyr to place third.

But this race, and in fact, this entire week has been all about Blackmore. She is now just one win behind Ruby Walsh’s record of seven-in-a-week set back in 2016. She commented after the race, "It is incredible. Henry only has the horse for a short space of time, he just had to get him here. He's a smashing horse. It's brilliant. My parents are getting a great kick out of it, they'd have loved to be here."