Horse Racing
News
Betfred's Matt Hulmes takes a look back at his five favourite moments of the past 12 months in horse-racing
Matt Hulmes
12:05, 24 Dec 2021

5. RETIREMENT OF A LEGEND

A major moment from 2021 happened in recent days and that was the retirement of the legendary David Elsworth.

The reason I love this sport and count myself so lucky to be involved can be laid solely at the door of the flying grey Desert Orchid, trained expertly by Elsworth. I stood upon the famous Whitsbury gallops as a ten-year-old besotted by the sport, and that is proportioned to the now 82 year-old, although he is totally unaware!

He can be heralded as one of the dual purpose greats having saddled the likes of In The Groove, Persian Punch and Indian Ridge on the level while Dessie, Rhyme ‘N’ Reason and Barnbrook Again showcased his talents with the jumpers, winning Champion Chases, Gold Cups and Grand nationals between them.

It was no easy task training Dessie, a horse who had adhered himself with the public and they adored him everywhere he ran, but it is something that Elsworth carried out expertly.

In his own words, he admits to being a “bad-tempered old sod” but he leaves Horse Racing after 55 years and an absolute bible of memories. 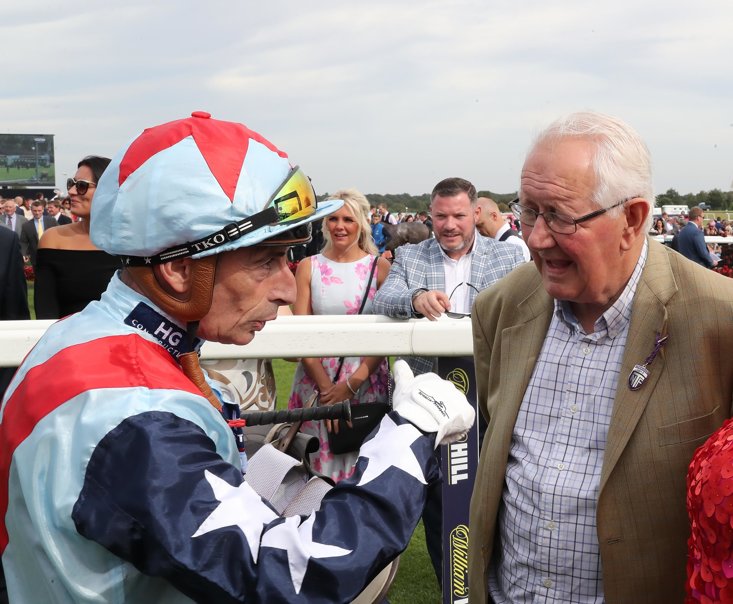 The Prix De L ’Arc de Triomphe is one of Europe’s biggest races of the year.

It is a race the Japanese have craved for decades and they have suffered many agonising defeats. They looked to have a strong challenge in 2021 courtesy of Chrono Genesis, but his challenge was made harder by the wide draw.

The home team did look a little weaker than usual, although the subsequent Champion Stakes winner was fifth.

However, it was the outsider Torquator Tasso who swooped down the outside in the Longchamp mud to claim the prize for Germany, a decade on from their last success with Danedream and a year on from a narrow defeat for In Swoop. He returned a huge 80/1, much to the delight of bookmakers and although initial perception was this was a fluke, a flick through the form book and the form of the race itself proved otherwise.

He was the winner on merit and strengthened the bloodstock industry of Germany, who have also produced his sire Alderflug and another super sire in Sea The Moon in recent years. German runners will be getting more than a second glance in future Group 1s!

It really was a summer to remember for Godolphin and in particular Charlie Appleby as they mopped up prestigious prizes on both sides of the Atlantic Ocean.

A victory in the Derby courtesy of Adayar was the catalyst for a first trainers’ success as he followed up in the King George, while Hurricane Lane added a St Leger to his Irish Derby victory and Creative Force became just that in the sprinting division on Champions Day.

Appleby also houses exciting two-year-olds Coroebus and Native Trail who headed into winter quarters as leading names in the markets for the 2022 Classics.

His exploits were not just confined to these shores as Hurricane Lane also won a Grand Prix De Paris while Space Blues signed off his career with another Foret success before a successful swansong in the Breeders’ Cup Mile. It was a Del Mar Treble in the Breeders’ Cup as Yibir landed the Turf after Modern Games scored a Juvenile victory on the Friday evening. 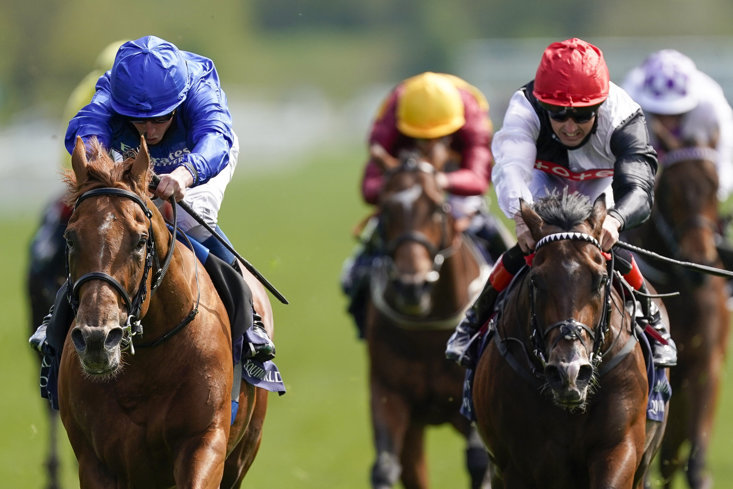 The sensational season coincided with a slightly below par year for Aidan O’Brien and Coolmore. Despite plenty of top-level success from Ballydoyle, there was a slight feeling of a changing of the guard between the superpowers of British Flat racing.

William Buick was the main beneficiary of all these fantastic results, and he provided a fantastic title race of his own, only losing out in the final couple of days to Champion Jockey Oisin Murphy.

The crowds may have been absent from Cheltenham, but the Irish came to the Cotswolds and conquered in March. The final score over the four days stood at 23-5 in favour of the Emerald Isle and resulted in an inquest from both the media and the industry itself.

Is it just a phase? Will the pendulum swing back? Or are we set for a period of domination courtesy of Mullins, De Bromhead and Elliott et al? Many pointed at the small fields conditions races we have here compared to the big fields and less race days in Ireland as a pointer to the Irish horses being more race sharp.

There are probably a hundred reasons but I am sure the likes of Nicholls, Henderson and now Dan Skelton will be aiming to address the balance in 2022.

When asked to compile a list of the best moments of 2021, there was one that stood head and shoulders above the rest.

In a year of scandals that rocked the sport, thankfully a bright light shone through. 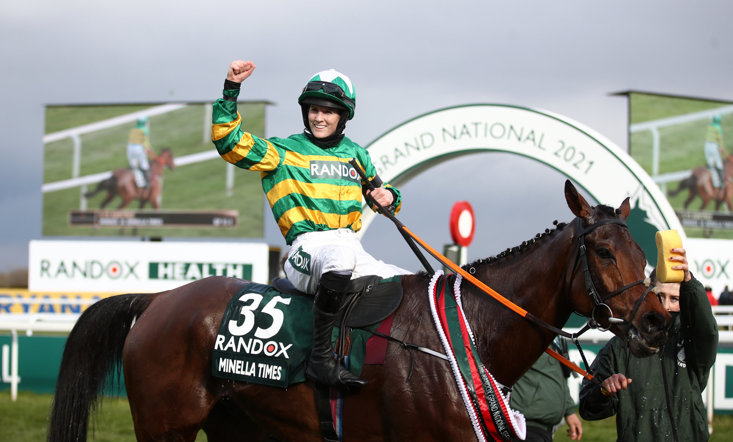 Rachael Blackmore had already seen herself propelled into the limelight with her six winners at the Cheltenham Festival, but her win on Minella Times at Aintree saw her beaming smile broadcast worldwide.

It was a bad day for the bookies as her exploits over the previous month meant there was a frenzy surrounding the 32-year-old which was picked up in all the tabloid papers, and the nation duly got behind her.

We are beyond raising bars and breaking barriers with Blackmore and she is an icon the sport should cherish. She sits comfortably amongst the elite and while the sport continues to contribute to its own downfall in many sectors, she is the type of idol who potential future stars of racing can latch onto and follow in the right manner.​​​​​​