Rachael Blackmore rode an incredible race on board Allaho to win the Ryanair Chase by a country mile, leaving the rest of the chasing pack well behind her. That makes four winners for Blackmore this week, all in Grade 1 races as the 3-1 favourite took charge of the race from the outset and set a brutal pace which saw the rest of the field struggle to keep up.

Blackmore, who fell three times yesterday, brushed off those falls with another brilliant performance on day three of Cheltenham. The ‘Queen of Cheltenham’ dominated once again for Willie Mullins who has now won this race four times in the last six years. Melon and last year’s Marsh Chase winner Samcro failed to get involved in the race with the latter being pulled up, while Fakir D’Oudairies performed well to finish second.

Min, again fancied by many, set out at breakneck speed alongside Allaho as the pair attempted to stretch out the field early on with a blistering start. Having cleared just a few of the 17 fences, the duo were five or six lengths clear and showing their class at the front of the chasing pack.

As Allaho showed composure over the fences, last year’s winner Min continued to jump higher than necessary and land flat, which did spoil his momentum rather as Paul Townend tried to keep pace with the brilliant Blackmore. Mister Fisher and Imperial Aura paired up in third and fourth to try and hunt down the leaders but were struggling to close the gap, such was the ferocity of the pace from the off.

Samcro pulled up after struggling with seven to go as the race was stretched further. Mister Fisher could have placed better but he made three mistakes over the jumps, almost losing Nico de Boinville at one point, but he lost all momentum late on and pulled up when out of the running. 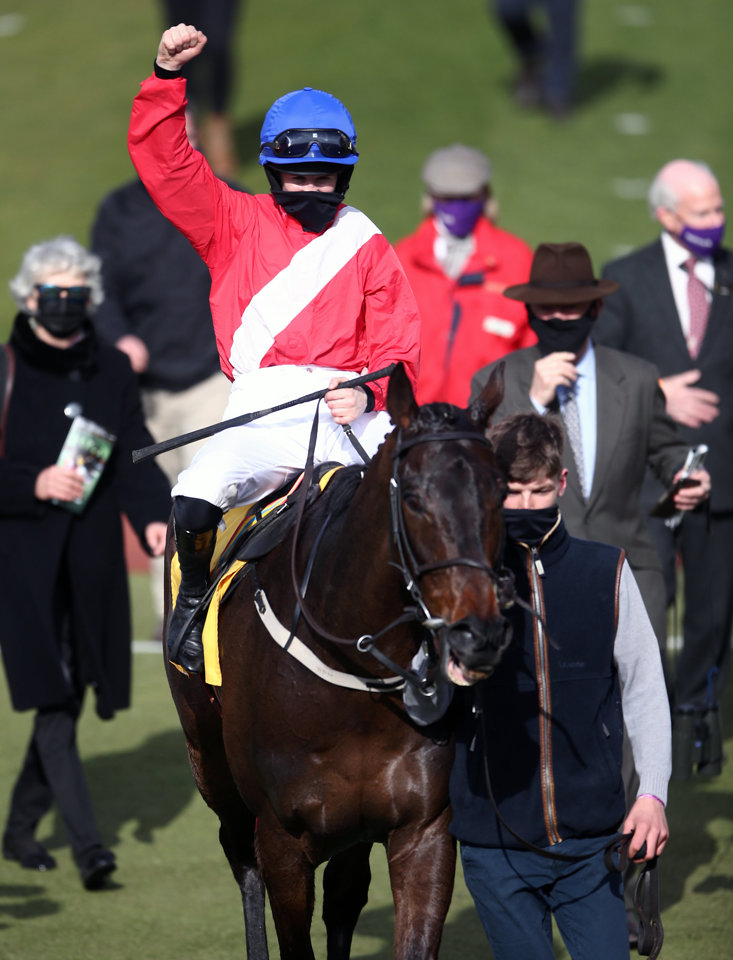 The pace thinned the field out as Allaho and Blackmore finally dropped Min and Townend paid the price for the early pace. Kalshnikov came into contention in third with Fakir D’Oudairies also doing well to close the gap but Aloha was so far clear. Rachael Blackmore cleared the final hurdle to take a massive victory as Fakir D’Oudairies came home in second, with Tornado Flyer doing extremely well to come third, with Kalashkinov in fourth.

On paper this looked like an extremely competitive race but Blackmore once again deserves every credit for this performance on board the brilliant Allaho. After the race she commented to ITV, "For a jockey getting legged up on these kind of horses, Willie Mullins and Henry de Bromhead, they know their jobs. It is fantastic. He was jumping and travelling, he is a real galloper and that's how I rode him. It was either going to work or not - and it worked. It is thrilling for everyone, it is an unbelievable position."