In the biggest race on the opening day of the Cheltenham Festival, Rachael Blackmore wrote her name in history as she became the first female winner of the Champion Hurdle, on board the brilliant Honeysuckle. Amid a drama filled race, she kept her cool and improved her position at every turn, before turning on the afterburners on the home straight.

This one was billed as the battle of the mares as last year’s winner, Epatante, took on this year’s hot favourite, the unbeaten Honeysuckle. The latter won last year’s Mares Hurdle and also impressively won the Irish Champion Hurdle last month, and in truth this win was never in doubt for Henry De Bromhead as Honeysuckle romped to victory, while the defending champion Epatante came home in third.

The race was packed full of action as Silver Streak and Not So Sleepy led with Goshen up front early on. All eyes were on Jamie Moore’s ride after the pair fell at the last in the Triumph Hurdle last year when on course for victory but the fairytale story didn’t materialise this time around as Goshen pulled far to the right after a strong start and then couldn’t keep pace with the front runners after running wide for two furlongs. Moore did his best to keep Goshen in contention, but it proved to be an impossible task on the day.

With Moore’s horse catching the eye for the wrong reasons, Honeysuckle quietly moved into fourth with five to go. Abracadabras disappointedly fell at the fifth but was okay as Silver Streak led alongside Aspire Tower with three to go. Then, perfectly placed, Blackmore made her move. She latched onto the heels of the front two and from there, there was only going to be one outcome. 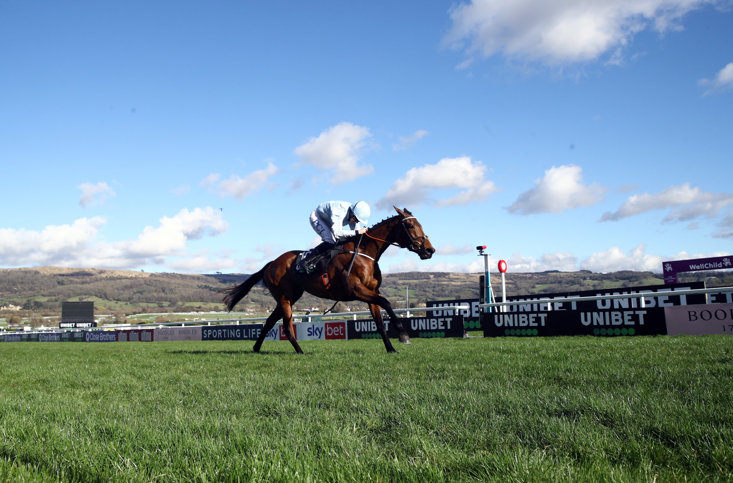 She flew past the leaders and, with one to jump, she kept her composure to steer her mare to victory on the biggest of occasions. Sharjah finished well to come home in second, with Epatante third but it is in these historic moments that the Cheltenham roar is missed more than ever. Goshen disappointed, Epantate couldn’t keep hold of her crown but Rachael Blackmore made history as the first ever female winner of the Champion Hurdle.

She commented immediately after the race, "Absolutely incredible. I am speechless to be honest. I can't believe we just won the Champion Hurdle. Incredible. Unbelievable for everyone in the yard, they all work so hard.

"It doesn't matter what you are. We are jockeys. It is just a privilege to be here."

Meanwhile trainer Henry De Bromhead couldn’t hide his delight. "It is amazing," he said. "You dream about it. Honeysuckle is amazing and what a partnership she has with Rachael, who was amazing. She was so cool throughout the race."