Tennis
News
Regardless the outcome, the two teenagers have made history at Flushing Meadows
Conor Keane
11:30, 11 Sep 2021

It has been a long time coming but Great Britain has once again got a female finalist in the US Open as Emma Raducanu prepares to take on Leylah Fernandez in New York on Saturday.

It has been 44 years since Virginia Wade won the US Open and Britain has not had a female finalist since. The world has changed drastically in this period and teen sensation Raducanu has stepped forward to take the torch from Wade to be the nation’s shining light in tennis. At just 18 years old, she has achieved so much in such a short space of time and her youth will make her a relatable role model for young women across the country and further afield.

Youth will be the theme of the final as Raducanu’s opponent is Canada’s 19-year-old Leylah Fernandez, who has also had a remarkable tournament at Flushing Meadows. Saturday’s all-teenage final will be the first since 1999, when a certain Serena Williams defeated Martina Hingis – to put this into perspective, this year’s finalists were not even born then. The match will also be the first major final in the Open Era to feature two unseeded players.

The final between Williams and Hingis 22 years ago was breathtaking, even though it was a straight set victory for then 17-year-old Williams. The hard court at Arthur Ashe Stadium saw some exquisite tennis that secured the young American her first singles Grand Slam title. The crowd witnessed her sheer athleticism and ability to compose herself with the high-pressure shots. There were some spectacular rallies and if you were not already in the mood to witness tomorrow’s teen titans go head-to-head, then watching highlights from the 1999 final certainly will. 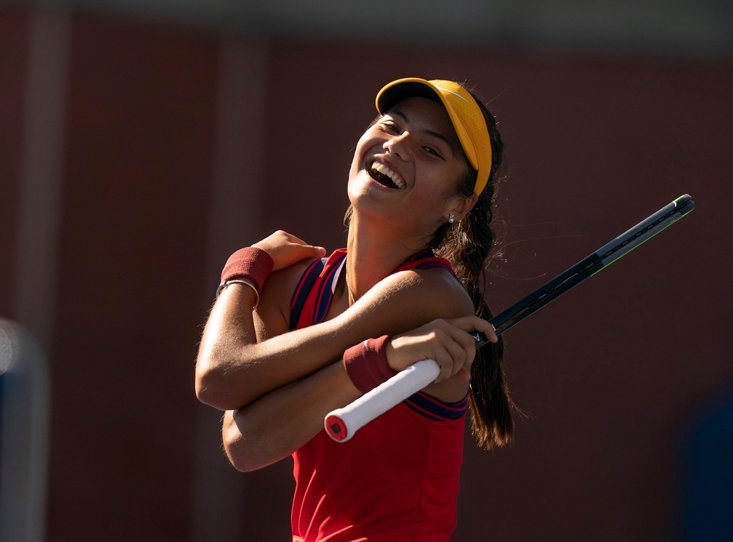 In what is sure to be a spectacular showdown between two young stars that are already showing that they are going to be the next generation who take over when the Williams sisters and Angelique Kerber retire to join Maria Sharapova on the other side of the sport. The pair have shown at this tournament alone that they are going to be dominant forces in tennis for years to come.

Raducanu has had an exceptional run in New York so far, having not lost a single set in her nine matches, including her three qualifying rounds. But Fernandez’s route to the final has also been incredible and cannot be discounted. She managed to outfox three of the top five players (Naomi Osaka, Elina Svitolina and Aryna Sabalenka) as well as a former champion (Kerber), each defeated in dramatic three-set matches.

With the form that the pair have been in over the course of this Grand Slam, Saturday’s final is sure to serve up a thrilling encounter and it is a shame that one of them will have to lose – they have both been utterly outstanding.

Betfred are offering 4/7 on Raducanu and 11/8 on Fernandez to emerge victorious.