Tennis
News
We look back on other sporting stars who were able to overcome physical strains when it really mattered
Conor Keane
14:05, 06 Jun 2022

Rafael Nadal has done it again. The King of Clay has collected his 14th major title at Roland Garros after defeating Casper Ruud in straight sets on Sunday and his legacy in Paris is becoming immeasurable.

To do that, the Spaniard had to fight through his considerable foot pains that have plagued him throughout his illustrious career. And while he now stands as the record holder of most Grand Slam titles in the Open Era with 22, it has long been wondered what figure it could have been had he never suffered with these problems.

The 36-year-old has continually played through the pain, eased by injections to make it more bearable, and it’s incredible how much he has been able to achieve given the circumstances - it is a testament to his will and determination to continue to succeed.

In light of his most recent success, we have decided to look back on other sporting stars who were able to overcome physical strains when it really mattered.

Bert Trautmann Wins The FA Cup With A Broken Neck

German goalkeeper Bert Trautmann is forever etched into the footballing history books for continuing to play in the 1952 FA Cup final after suffering a broken neck. The Manchester City shot-stopper collided with Birmingham City’s Peter Murphy which caused the distressing injury but he was unaware at the time at just how bad the damage was. As if nothing was wrong he continued for the remainder of the match and helped his side to victory as they won 3-1. 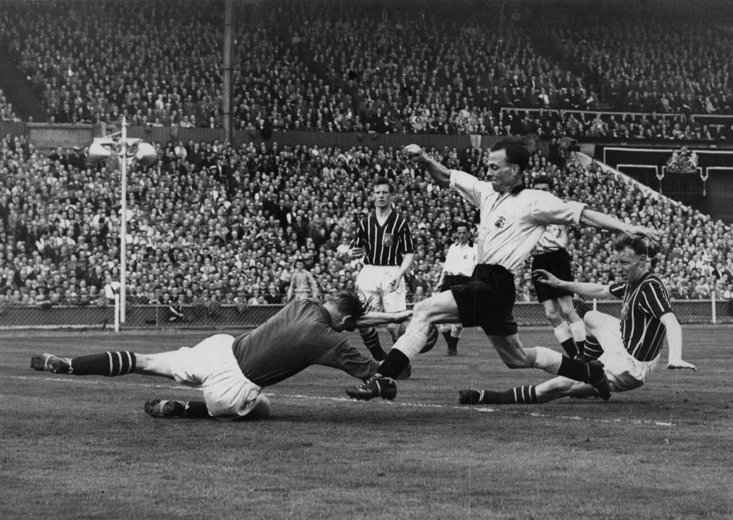 The challenge that would unintentionally break Trautmann's neck

In 2000, at the Wembley Conference Centre, boxer Danny Williams suffered a dislocated shoulder in the third round against fellow heavyweight Mark Potter. From there on, Williams continued the fight with just his left arm, leaving himself exposed and with a serious lack of firepower to challenge his opponent. So when it came to the sixth round and Williams was able to flatten Potter to win the bout, people couldn’t believe what they were witnessing. Even if this was in a Rocky movie, it would seem too unbelievable.

Michael Jordan Saves The Bulls After Some Dodgy Pizza

The basketball icon proved his true greatness in 1997 after taking part in what is famously known as the ‘Flu Game’. Before Chicago Bulls’ all-important Game 5 of the NBA Finals against Utah Jazz, Jordan ate a pizza in his hotel room which gave him food poisoning and had him throwing up throughout the night.

Amazingly, ‘His Airness’ was able to rally and inspire his team to victory as they won 90-88, finishing the game with 38 points, seven rebounds, five assists and three steals. Incredible. 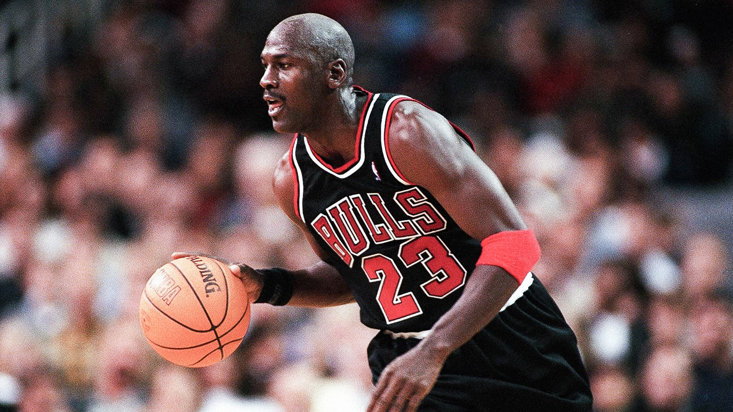 Not even a dodgy slice could stop the great Michael Jordan

Tiger Woods Claims His Greatest Triumph On A Broken Leg

We have grown accustomed to seeing the great golfer battling through injury on the course in recent weeks which has drastically hindered his game. But in 2008 at Torrey Pines, Woods was able to battle his way through a broken leg and a torn ACL to become the US Open champion and deliver his 14th major championship title after forcing a play-off with Rocco Mediate.

He pushed through the agonising pain across 91 holes and his achievement was strengthened because the odds were stacked against him. This major victory is considered his greatest for that very reason.

Derek Redmond Inspires The World With His Courage

You may not be familiar with the name but there is a good chance that you will have come across the heartwarming footage at some point in your life. The British athlete headed to the Barcelona Games in 1992 hoping for a medal in the 400m. It all looked destined to be a good summer when he recorded the fastest time in the first round and won his quarter-final. Then tragedy struck.

During the semi-final with about 250 metres to go, Redmond’s hamstring tore. Stretchers were brought over to him but he was determined to finish the race. In an act of defiance and love, his father Jim barged his way through security to act as a crutch to help his son get over the finish line to which they received a standing ovation from the crowd.

In October 2018, towards the end of a 2.2 mile contribution to a 26-mile relay marathon, 19-year-old runner Rei Iida tragically fell to the ground and her leg instantly fractured. No one could credibly blame Iida should she have decided to retreat and admit defeat, blaming a devastating injury that would have put many a stellar sport star out of action.

Instead, in some of the most awe-inspiring images in recent sports events, she got herself together and crawled the final 700 feet of her section of the race, leaving streaks of blood from her injured hands and knees. After crossing the line to the admiration of her team and the watching world, Iida even apologised to her manager for her performance. No apology needed.