Football
News
Gomez was jeered by the Wembley crowd as he came onto the field against Montenegro
Simon Lillicrap
09:00, 15 Nov 2019

Raheem Sterling has condemned the actions of the England fans who booed defender Joe Gomez as he came on in the 7-0 win over Montenegro at Wembley on Thursday.

The pair clashed in the St George’s Park canteen on Monday, 24 hours after they came head-to-head in Liverpool’s 3-1 win over Manchester City at Anfield, with Sterling being dropped by Gareth Southgate as a result.

The Man City front man, who had earlier taken responsibility for the bust-up, tweeted after Thursday’s victory:

“To all the @England fans, I wanted to leave things as it was but tonight I have to speak again: it was hard for me to see my teammate get booed for something that was my fault. Joe hasn’t done anything wrong & for me to see someone who keeps his head down and work hard, especially after a difficult week, for him to be booed when he came on tonight was wrong.

“I’ve taken full responsibility and accepted the consequence. I felt as though I had to say this. Get home safe everyone. #Euro2020”

Raheem Sterling
@sterling7
To all the @England fans, I wanted to leave things at it was but tonight I have to speak again : it was hard for me to see my team mate get booed for something that was my fault. Joe hasn't done anything wrong & for me to see someone who keeps his head down and work hard..
13441
112050

Raheem Sterling
@sterling7
especially after a difficult week for him to be booed when he came on tonight was wrong.
I've taken full responsibility and accepted the consequence.
I felt as though I had to say this get home safe every one â¤ï¸ #Euro2020
5381
57916

Manager Gareth Southgate, who took the brave decision to drop Sterling for England’s 1000th game, was also left disappointed by the reaction.

"I am hugely disappointed for Joe," he said.

"Joe had done nothing wrong and no England player should be booed like that when they are wearing the shirt.

"All the players are particularly disappointed with that."

The Three Lions cruised into the Euro 2020 finals thanks to a dominant display at Wembley, with captain Harry Kane scoring a hat-trick and James Maddison making his England debut.

England will be back in action on Sunday against Kosovo in the final Euro 2020 qualifier with Sterling available for selection once more. 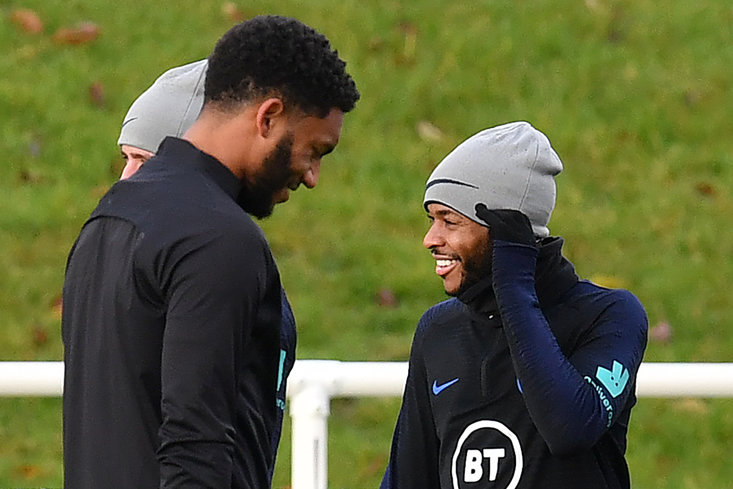