Football
News
The England international has become quite the goalscorer in recent years
Conor Keane
06:55, 15 Jan 2022

As Manchester City welcome title challengers Chelsea to the Etihad Stadium this afternoon, all eyes will be fixed on how the result will shape the race for the title. But for Man City’s Raheem Sterling, the match will provide the opportunity to register another personal accolade.

If Sterling were to score against Thomas Tuchel’s side, it would be his 50th Premier League goal at the Etihad, and he would become only the second player to do so for the club, behind club legend Sergio Aguero. England’s star man of Euro 2020 has had a turbulent life under Pep Guardiola in Manchester, with last season being a very torrid time for him in which he was reduced to the bench on most occasions.

When you consider the spells that the winger has spent out of favour of a starting place, and yet is till on the verge of such an impressive milestone, it further highlights just how much of an impact Sterling has made since he joined the club from Liverpool. He was a very talented boy when he made the £50million switch in 2015 but he had plenty still to develop = particularly his end product. And as we have witnessed over the last few years, he has come a long way.

Between 2017-18 to 2019-20, Sterling, who was named the Premier League's Player of the Month on Friday, found the back of the net 55 times in the top-flight with the wide-man hitting the 20-goal mark in the latter campaign. Even with his role reduced last season, he still managed to score on 10 occasions, which just proves how much of a threat he is and how valuable he is to the side. So far in 2021-22, he has seven goals to his name and is City’s joint-top scorer along with Portuguese maestro Bernardo Silva. Just last month he joined the prestigious Premier League 100 club with his match-winning penalty against Wolverhampton Wanderers. 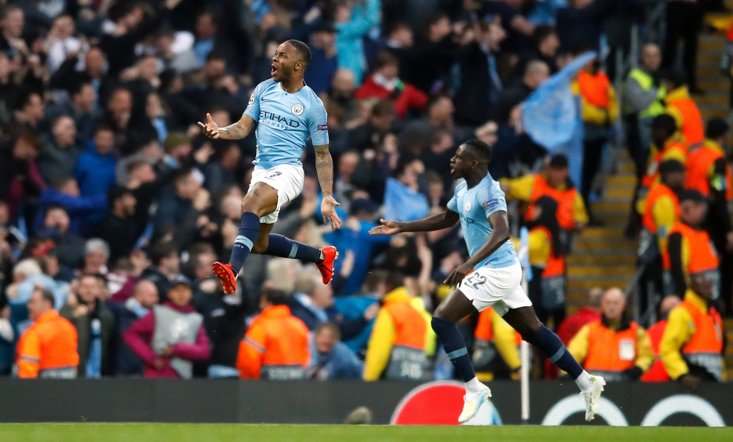 With Aguero leaving in the summer, many people questioned how the champions would cope without a prolific goalscorer in the side. But as Guardiola has demonstrated to us time and again, the goal burden is shared across the whole squad. There is still the need for the attackers to step up to the challenge more than most and Sterling is a glowing example of that.

Given a run of games in the side and with his confidence high, the Spaniard can rely on Sterling when it comes to goals, and he remains to be the most proven goalscorer at the club. Many were expecting Ferran Torres to mould into a modern centre-forward and fill the void left by Aguero, but the attacker opted for a quick return back to Spain. It was a shame to see him leave so soon because of his talent and undoubted potential, but his departure doesn’t affect City like it would many clubs.

Guardiola is blessed with attacking talent and trusts those that remain to be more than enough to mount a successful title defence. This is arguably the year where Sterling’s goals have been needed the most and he is sure to continue his fine form as long as the chances keep falling to him and it would be poetic if he were to lead his side to another Premier League title after bouncing back from another setback. It would be another truly excellent excerpt of this man’s illustrious career.