It has been said numerous times in recent months, but there is something definitely wrong at Manchester United. The problems that have crept in this season are those that the club have suffered with ever since Sir Alex Ferguson left, and it has never been properly dealt with as temporary form has papered over the cracks.

After the fortunate FA Cup third round victory over Aston Villa at Old Trafford, many of the supporters were once again dissatisfied with the performance and they were just thankful Steven Gerrard’s side were not on hand to punish them. Whenever United broke, they never looked like scoring, and one of the standouts of this poor offensive display was Marcus Rashford.

The attacker looked devoid of any confidence and unbothered, which led to plenty of scrutiny from players and pundits. The England international has been subpar, like many of his teammates, all season. For a long time, Rashford was shielded from much of the criticisms due to his magnificent work in the community, but the Villa game became a breaking point.

There was simply no excuse for the 24-year-old to have played the way he did, especially for his boyhood club. He had a few moments during key stages of the game to help put the game beyond doubt for the Red Devils. He had a great chance to square a ball across for Mason Greenwood to score but he dallied and the chance was lost. Then there were chances where as an attacker, when a teammate is having a shot, you have to be ready to anticipate a second effort. Rashford had two chances like this to get on the scoresheet, but instead of following in, he halted and stopped his runs and didn’t even sprint to challenge for the ball. The forward has never looked so out of sorts and it is a great concern for Ralf Rangnick. 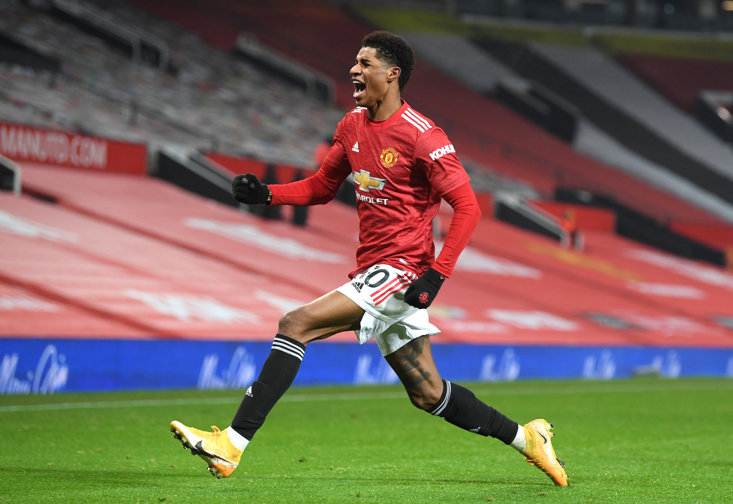 When United have troubles in the past, they could always count on the homegrown talent to give more than most in a bid to turn their fortunes around, and for Rashford to have been as lethargic as he was, it is strange. It is so uncharacteristic of him and it raises questions as to how the mood is currently behind the scenes.

Should he have been selected for the Euros squad whilst having a shoulder problem? In the time he spent with the England team in the summer, he could have instead had an earlier procedure and plenty of time to recover before returning to fitness and then match action. His participation in the summer may have resulted in him rushing back to action too soon as he has looked off the pace for weeks, but the FA Cup game was where it was unmissable. His stats from this campaign have been underwhelming to say the least with just three goals to his name, and the last one coming back at the end of October.

What brought Rashford’s display on Monday night more into the spotlight was how much desire and impact substitute Anthony Elanga had in his short cameo and many have called on Rangnick to start him ahead of Rashford in the Premier League clash against Villa this afternoon. However, it is uncertain if the Swedish attacker will still be at Old Trafford at the end of the month because he is thought to be after a loan move for regular game time, which currently hasn’t been afforded to the youngster. Another young attacker who could be loaned out this month is Ivorian Amad Diallo, with Derby County, Birmingham City, Barnsley and Borussia Dortmund all reportedly chasing his services.

This adds another problem that Rangnick has to solve because both the youngsters want to go out on loan to help with their development, but when the experienced senior players are playing as poorly as they are, it may provide them an opportunity to impress in the first-team. Both Elanga and Diallo are still expected to go out on loan, but they remain solid options should Rashford not find his groove again.

Man United are 7/5 to beat Villa with Betfred*