Rangers have won the Scottish Premiership title for the first time in 10 years after rivals Celtic could only draw 0-0 at Dundee United on Sunday.

Steven Gerrard's men beat St Mirren 3-0 on Saturday to open a 21-point lead over the Bhoys who had seven games remaining meaning they had to get three points at Tannadice Park to delay the Gers' inevitable title party.

The Bhoys began this season looking to clinch an unprecedented 10th successive title but have struggled to keep up with Rangers who have dropped just eight points all campaign and not lost a single fixture.

Rangers Football Club
@RangersFC
🏆 We Are Rangers
🏆 We Are Champions
#Champion55 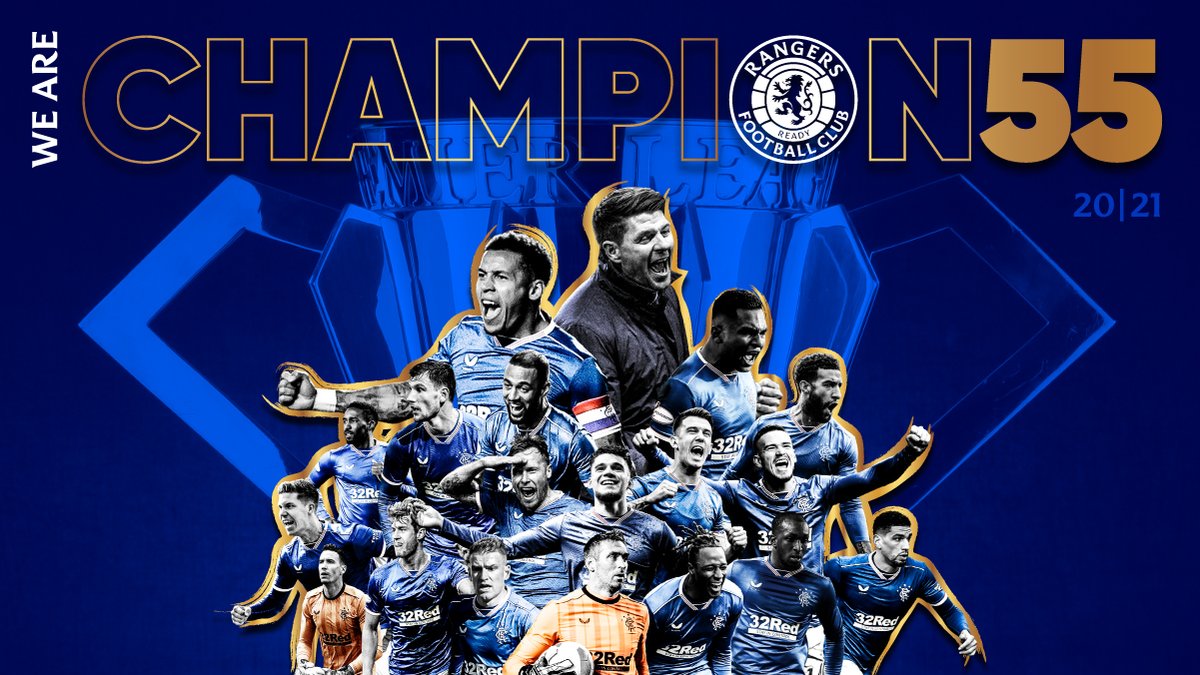 This is the Ibrox club's 55th title and fans gathered at the iconic stadium on Saturday to celebrate their success. Gerrard and his players were pictured enjoying the adulation with supporters through the open windows of the changing room. It is also the earliest title win in Scotland in 118 years.

It is a moment the club have been waiting for for a very long time after they were in the bottom tier of Scottish football in 2012 following Rangers' financial collapse. However, fans are now in dreamland, considering the fact too that their first Scottish Premiership game as champions will be against Celtic at Celtic Park on March 21.

"I don't think while I'm representing this club there will ever be a bigger three points, is the reality," Gerrard told Rangers TV after his side's victory on Saturday. "It's been an emotional day, obviously arriving here and seeing the scenes. It was an incredible feeling.

Celtic, meanwhile, achieved an historic quadruple treble in 2020 but the Bhoys have since had a nightmare season to forget and Neil Lennon stepped down as manager on February 24 having drawn seven and lost four in 30 league matches. Under caretaker boss John Kennedy, they faced Dundee United on Sunday knowing they had to win but could not find the net. Celtic were wasteful, having 27 shots but only 12 were on target.

"Our objective was to get to 10 [titles], but Rangers have been better than us this season," he told Sky Sports after Celtic's stalemate handed their city rivals the trophy. "We've been champions for so long, but we've not been good enough this season. It's not about giving up, though. We can't stand by and watch someone else dominate."

"It's a sore one," Midfielder Callum McGregor told Sky Sports. "It sums up where we are lacking the cutting edge we've had in seasons gone by.

"We've been getting the numbers in terms of chances, but we've just not been taking them. Everyone's hurting and I'm sure the Celtic fans are hurting.

"We have to come again though. The reason why we've been so good is we could bounce back from any setback. We've been so used to success."

Rangers will be looking to end the season in style both domestically and in Europe. They face Cove Rangers in the Scottish Cup in early April and face Slavia Prague in the last 16 of the Europa League, playing the first leg away from home on Thursday.